The Other Ocean City 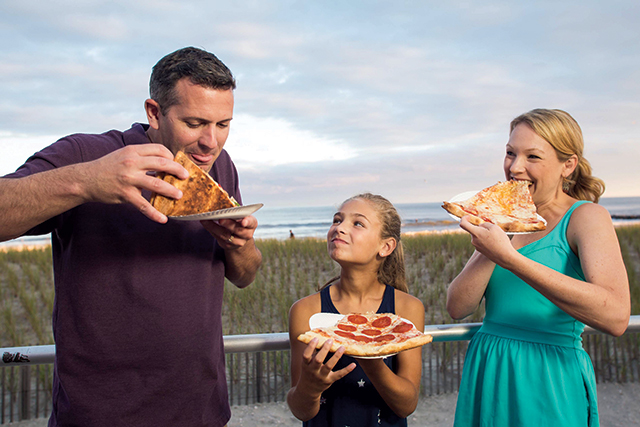 On the boardwalk, concentrate on nostalgic operations such as Shriver’s, which has been making candy and fudge since 1898. Walk through an enormous candy land of chocolates and every imaginable flavor of fudge (pumpkin, Irish mint, Black Forest cherry) to the very back of the shop, where you can watch staffers make saltwater taffy on a pulling machine. Next head to Johnson’s Popcorn, which has been serving warm, not-too-sweet caramel-coated popcorn since 1940. There’s a great debate over the best boardwalk pizza. Manco & Manco (originally Mack & Manco) is an OCNJ institution similar to OCMD’s Grotto Pizza. We think Grotto has a slight edge. We still put our OCNJ ice cream money on Kohr Bros., which has been turning out top-notch frozen custard since 1919 and is familiar to visitors of Rehoboth Beach, Delaware, and OCMD. For a more updated icy treat, don’t miss a banana whip (frozen pureed bananas combined with other fruit, plus toppings and add-ins) at the Bashful Banana Bakery & Café. 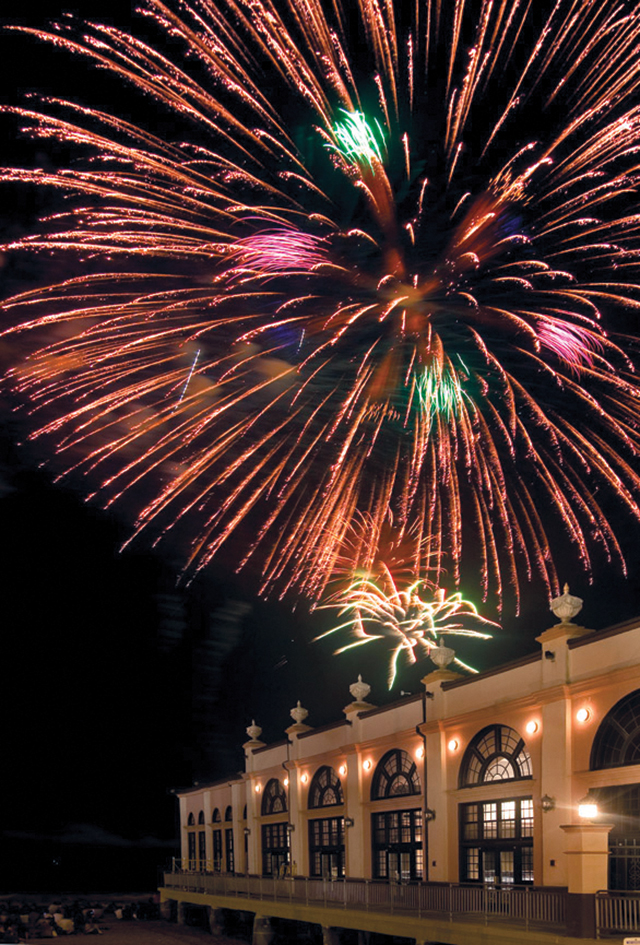 Selling from-scratch goodies, home-style bakeries rule here, and doughnuts are king. Crisp on the outside, soft and cakey inside, Browns freshly made doughnuts are a total wow; eat ’em while they’re hot—just not on the boardwalk, as aggressive seagulls are prone to dive-bomb and steal them right out of your hands. A few blocks away on the boardwalk, Oves Restaurant’s apple cider doughnuts are also made daily on-site; they’re denser than Browns’ and maybe a tad less spectacular. But the line usually isn’t as long, and you can rent bikes and surreys there to burn off the calories.

Off the boardwalk, Dot’s Pastry Shop sells cream-filled doughnuts and has a loyal following. Another must-try are Mallon’s Homemade Sticky Buns with their buttery interiors and sticky not-too-sweet topping; get the bestselling version with walnuts and raisins. And Wards Pastry is worth a visit, if only to see the decades-old bakery’s collection of cookie jars, and to check out the savory-sweet scrapple pie. 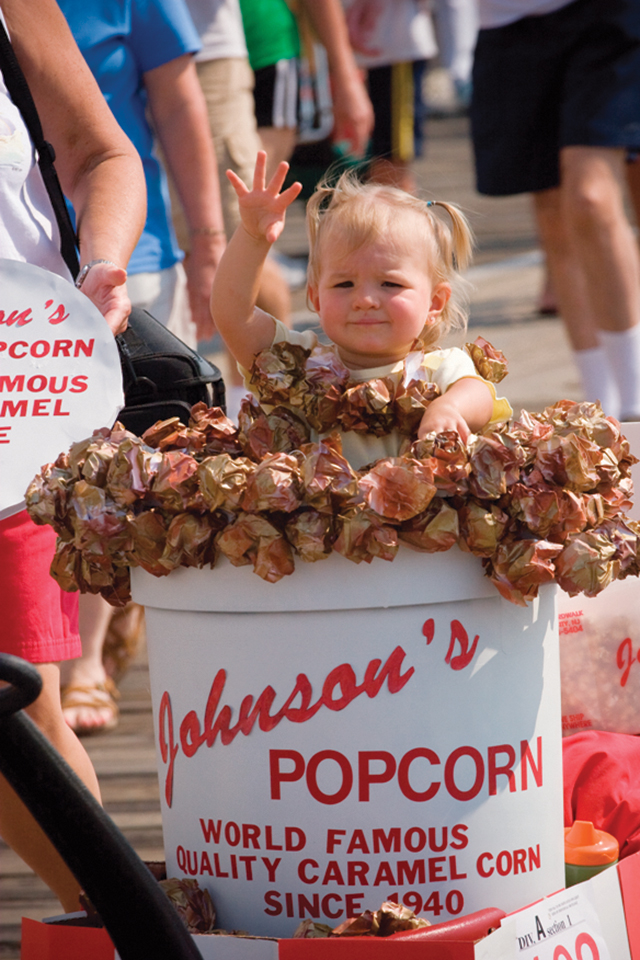 Since OCNJ restaurants can’t sell alcohol, there’s no real fine-dining scene. But a note to exhausted parents craving an end-of-beach-day beer: There are bars and restaurants right outside the city limits—in Somers Point and Strathmere, for example—that serve alcohol, and it’s hard to miss the 10,000-square-foot Boulevard Super Liquors store in nearby Marmora (where you can purchase booze to consume in your hotel room or rental).

Within the city, charming family-friendly outposts serve breakfast, sandwiches and salads, such as Ready’s Coffee Shop & Restaurant, with its green vinyl booths and knotty pine walls, or Kessel’s Korner, with its fabulous salad platters, hoagies and seasonal fresh peach sundaes. For something other than boardwalk pizza for dinner, Bennie’s Bread makes a memorable tomato pie, and Piccini’s bacon cheeseburger pizza was featured in a 2015 episode of Guy Fieri’s Diners, Drive-Ins and Dives on the Food Network. On Asbury Avenue, Jon & Patty’s Bar & Bistro serves creative dishes with fresh, well-designed preparations; Cousin’s has a twilight menu (4:30 to 5:30 p.m.) that includes Italian entrées with salad, vegetable, bread and dessert for under $20; and Boyar’s Market offers an extensive selection of homemade prepared foods for takeout, such as fried chicken and pulled pork.

8 Ways to Eat, Drink, Dance and Light Up the Night This Hanukkah