Get ready for a country-western saloon with live piano music. 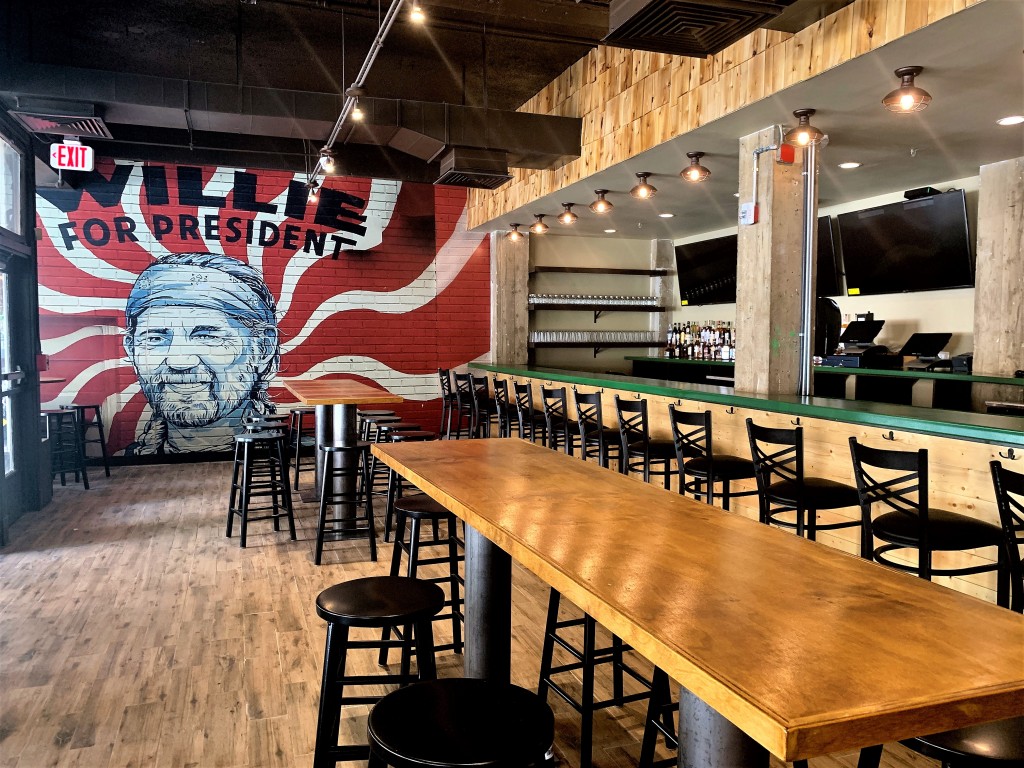 This isn’t Gardner’s first rodeo in these parts (his restaurant group also includes Copperwood Tavern, Dudley’s Sport and Ale and Quinn’s on the Corner). But with The Pinemoor’s debut, he’s hoping to bring to Clarendon something that’s been missing: a modern saloon. 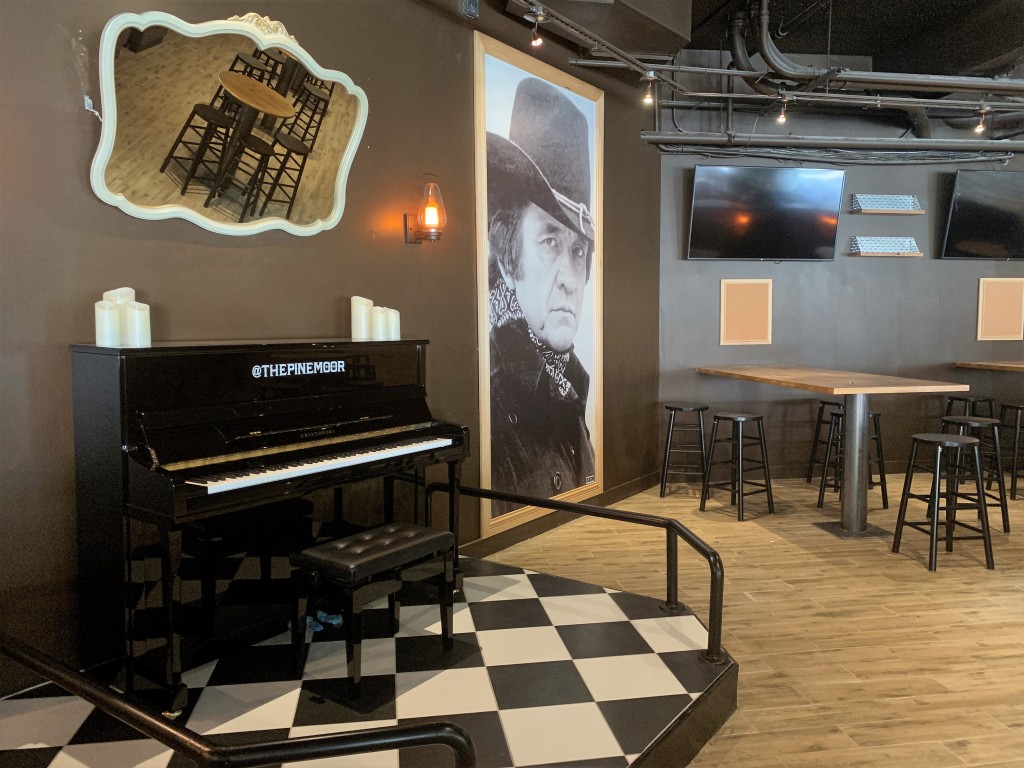 The crown jewel—an upright piano perched on a checkerboard stage in the lounge—will play host to live western-style music during happy hour (Monday-Friday, 5-8 p.m.) and brunch (Saturday and Sunday, noon-3 p.m.). Outside of live music hours, Gardner says an evolving playlist of more than 600 (and growing) folk, bluegrass, country and Southern rock selections will keep the vibe twangy.

The sunken dining room is outfitted with eclectic furnishings, from an oversize family-style bench that’s perfect for large group gatherings (it seats groups of 10), to a cozy date-night table with plush green velvet seats tucked into a window alcove. 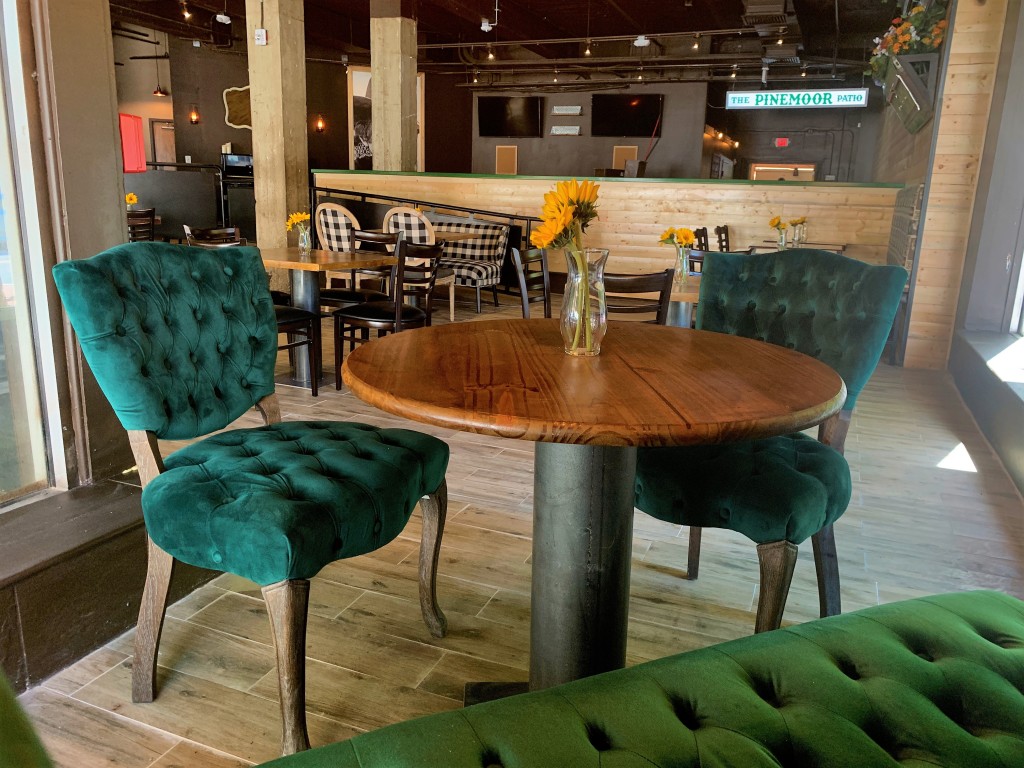 Sure to be popular this summer is the open-air patio, a 1,000-square-foot space with a retractable ceiling, paisley-upholstered bench seating and outdoor flat-screen TVs.  It’s anchored by an outdoor bar that will serve up local draft brews, Two Lane lager (created by country music superstar and beer aficionado Luke Bryan) and whimsical frozen drinks like mason jar margaritas. 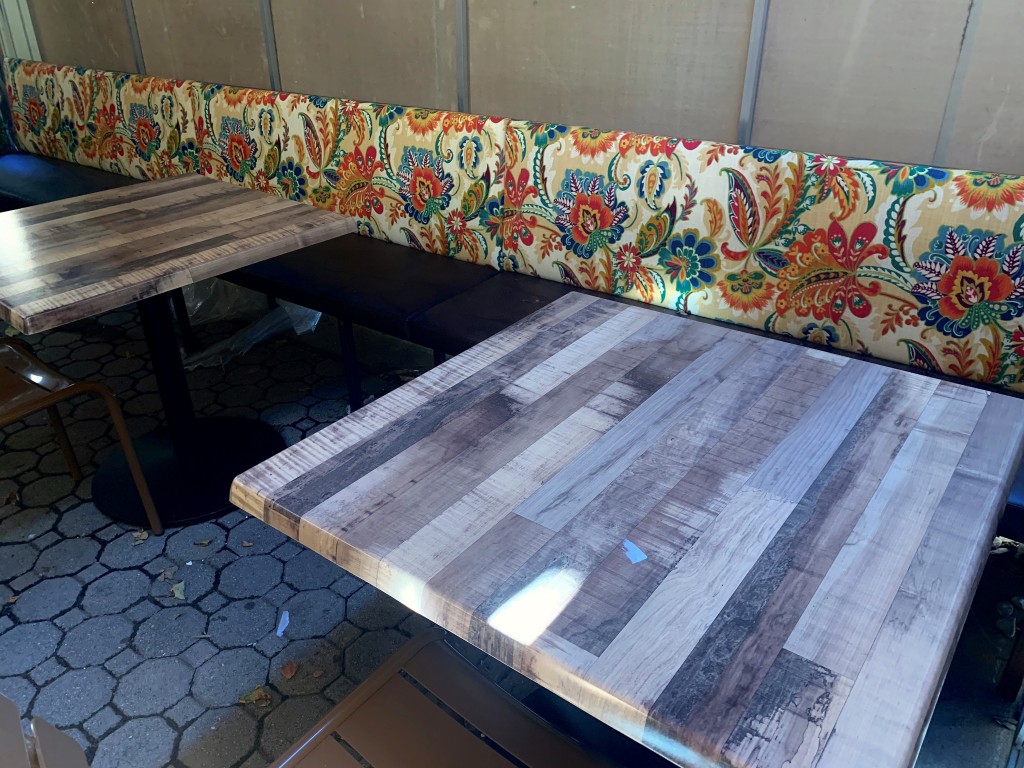 And what’s a saloon without homemade whiskey? In addition to serving up handcrafted wines, bitters and shrubs, beverage director Jody Hessler says The Pinemoor has partnered with Catoctin Creek Distillery in Purcellville to craft an original whiskey—an 88-proof Virginia heritage cask that pays homage to the year 1788, when the Commonwealth of Virginia became the 10th state to ratify the Constitution.

The pandemic was bad timing for a watering hole that’s been in the works for a while, but now it’s really time to dust off those cowboy boots. Gardner is aiming for a mid-July opening, and he’s currently hiring.  Interested workers can email connect@thepinemoor.com to apply.