First Look: The Salt Line Is Open for Business in Ballston

The Arlington location of the Navy Yard oyster outpost is helmed by a chef who moved from Boston to Ballston. 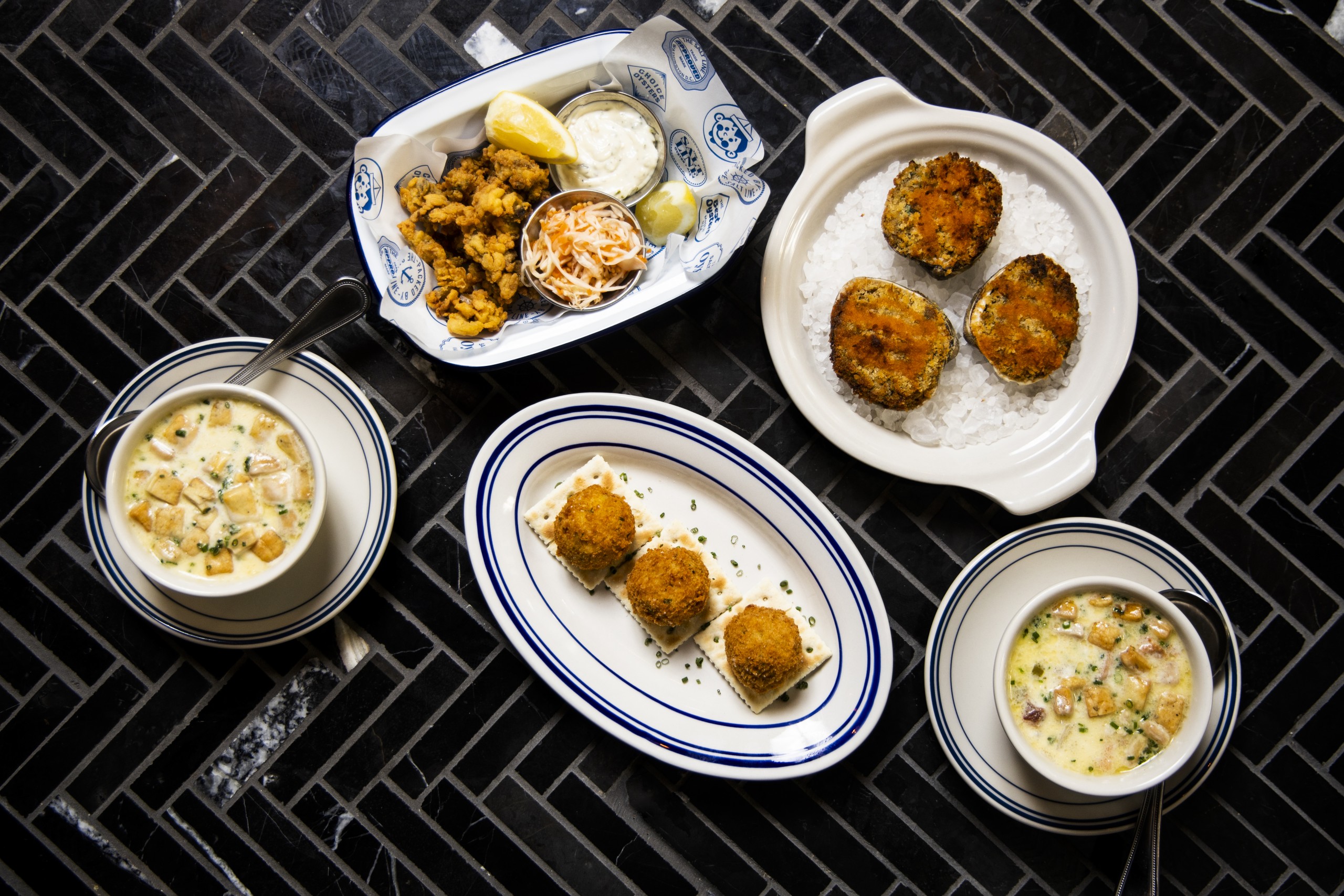 When Matt Singer was young, his family dinners were typically one of a handful of dishes in his mother’s cooking rotation, with the occasional pizza outing.

“I did not grow up in a very adventurous culinary home,” says Singer, 37, the executive chef of The Salt Line-Ballston.

The Salt Line’s second location—and first outside of D.C.—formally opens Tuesday, Oct. 19, at 4040 Wilson Boulevard, Ballston’s tallest building. The New England seafood outpost has made waves over the past four years in Navy Yard, thanks to its proximity to Nationals Park (star player Ryan Zimmerman is also an investor), views of the Anacostia River and double-pattied smash burger. 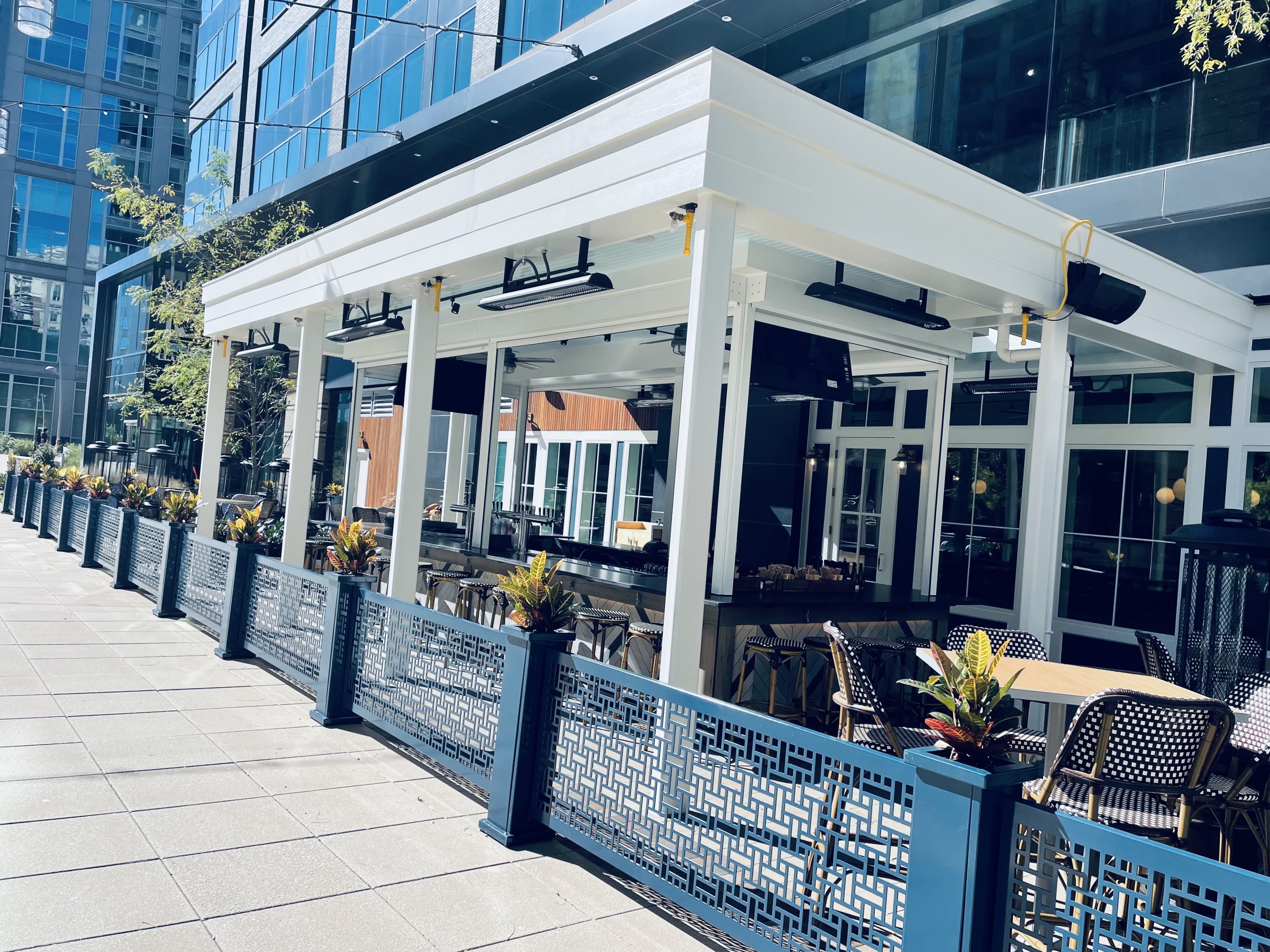 The restaurant’s patio is centered around a large outdoor bar, which will be winterized as the temperature drops. (Photo by Eliza Tebo Berkon)

From the look of the caned bistro chairs, sun-kissed croton plants and heavy use of cobalt blue on the patio, you might be able to pretend you’re by the water in Ballston, too. The outdoor space seats about 80, features more than a dozen heaters and sports a sizeable bar, making it likely to join the ranks of Arlington’s most sought-after spots for a drink under the sun or stars. To top it off, co-owner and one-fourth of Long Shot Hospitality restaurant group Gavin Coleman says the space will nearly double in size next spring, when it expands across the courtyard from its current home.

Despite his uneventful childhood experiences with cooking, Singer eventually developed a reverence for the art of seafood preparation.

“I’ve always considered working with seafood to be more of a challenge because it can be so delicate and touchy,” Singer says. “There’s less room for error.”

The chef—who was born in Santiago, Chile, and grew up in Connecticut—spent several years in Boston-area kitchens (Bar Mezzana, Sarma) before moving to Annandale in 2020 to oversee the kitchen at The Salt Line’s latest location. The restaurant’s opening was delayed for about a year and a half amid the Covid-19 pandemic, and Singer spent much of that time assisting with operations in Navy Yard alongside chef partner Kyle Bailey. The 2019 RAMMY chef of the year left the Neighborhood Restaurant Group for then-nascent Longshot Hospitality more than five years ago.

While Singer is responsible for the menu at Ballston, it’s also a product of Bailey’s vision, Singer says. “My style of being a chef, I guess, is that I don’t always have the right answers. I like to use those people, somebody like Kyle … to bounce ideas off of and work in a collaborative environment,” he says.

The two worked in tandem on several new items on the Ballston menu, some 60 percent of which is unique to Arlington. Diners who know Navy Yard’s menu well can expect to see some of their favorites; most items on their “classics” and sandwich menu (stuffies, clam chowder, lobster rolls) will be featured in both restaurants. But there are many additions as well, including new crudos and pastas, and a seared halibut dish with fall vegetables and parmesan broth topped with broccoli pesto—one of Singer’s favorite entrees. 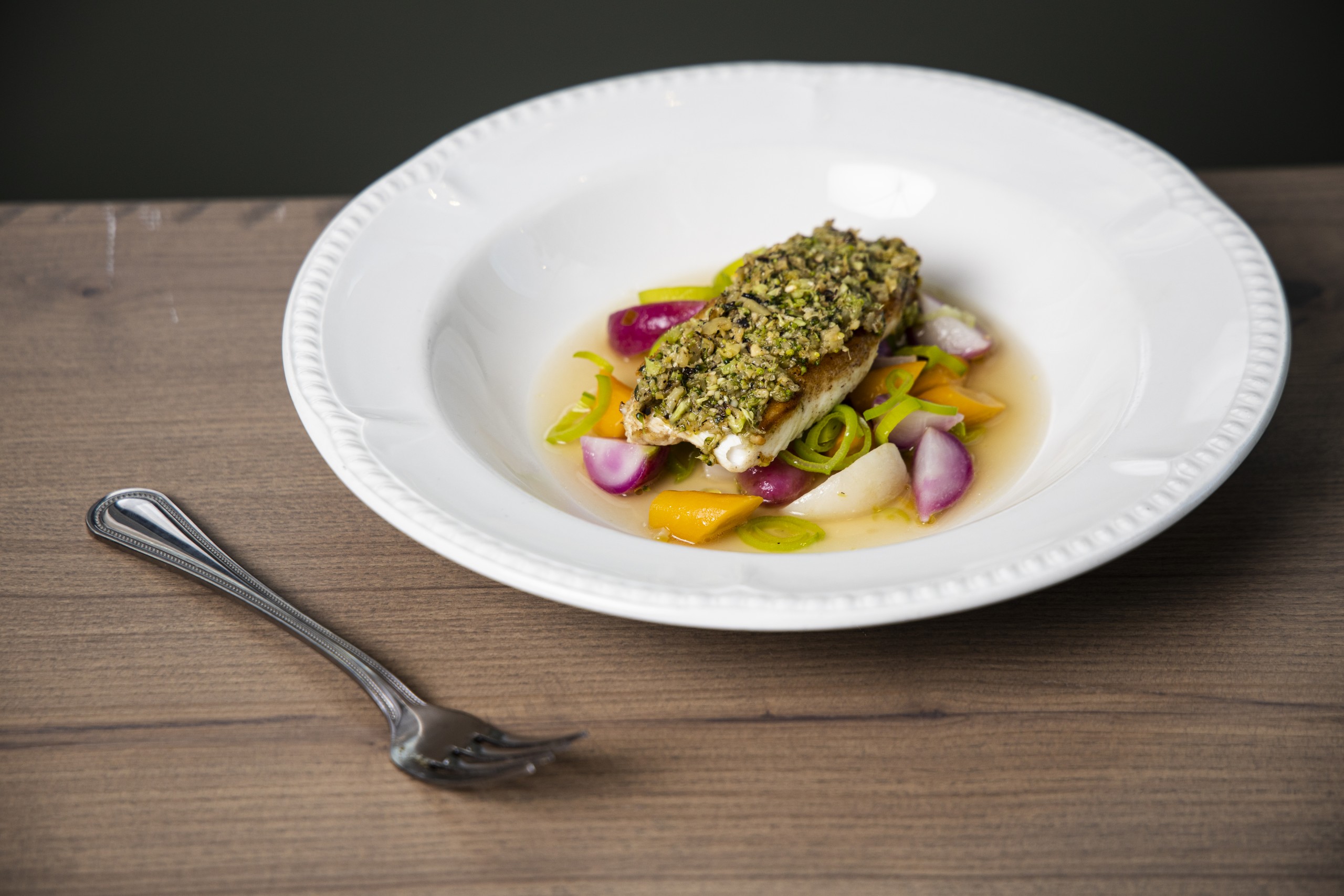 The seared halibut is a favorite of executive chef Matt Singer, who has spent much of his career in Boston-area kitchens. (Photo by Jennifer Chase)

The restaurant’s interior is designed in conjunction with D.C.-based Grizform Design Architects. It boasts prints from the Penobscot Marine Museum in Maine, custom oyster-can wallpaper and restored eagle wood carvings crafted by co-owner Jeremy Carman’s grandfather. Among its indoor seating options are built-in booths that can accommodate parties of six. A dozen-seat raw bar lines one wall near the entry, complete with a custom fridge that matches the bar’s white-and-brass elements. As with Navy Yard, Singer says the Ballston location will serve roughly six oyster varieties each day, half local and half New England imports.

More than a dozen local and New England-based craft beers are on the drink menu, as well as an array of wines by the glass or bottle. The cocktail list includes a few Arlington exclusives, such as the rancho fresco (Altos tequila blanco, lime, watermelon, Tajín and Topo Chico) and the Wilson Boulevardier (Sagamore Spirit rye, aperol, Punt e Mes vermouth and orange). 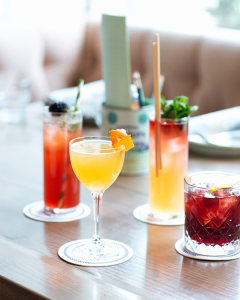 An oyster house might not be your first thought when it comes to dining out with children, but The Salt Line hopes to attract the tot and pre-teen set with its kids menu and all-in desserts. For dinner, choices include a cheeseburger (at $8, it’s less than half the price of its New England smash burger cousin) and house-made fish sticks. Among the desserts—created by Dauphine (another Long Shot concept) pastry chef Joy Razzo—is a pumpkin whoopie pie milkshake.

“I’ve taken my 2-and-a-half/3-year-old to the Navy Yard location, and I can tell you he loves the french fries,” Singer says.

For now, the Ballston location will serve dinner six nights a week, with plans to expand to Monday service and add lunch and brunch in the coming months. A third Salt Line location is in the works in Bethesda, slated to open in the fall of 2022, and more locations outside of the D.C. area could be coming, Coleman says.

Though Singer has only recently grown acquainted with Ballston, he’s already starting to recognize people as he makes his way around Wilson Boulevard.

“We’re excited to be part of the neighborhood,” he says. “We think we can create something really special there.”

The Salt Line is located at 4040 Wilson Blvd., Arlington. The restaurant is open Tuesdays through Sundays, 4 p.m.-midnight. Lunch, brunch and Monday service are expected to be added later this year.

→ The Salt Line is Coming to Ballston

→ Coming Soon: Add These Restaurants To Your List This Fall and Winter