There’s a New Pizza Parlor in the Lee Heights Shops

Old Dominion Pizza is an Arlington-centric kind of place. 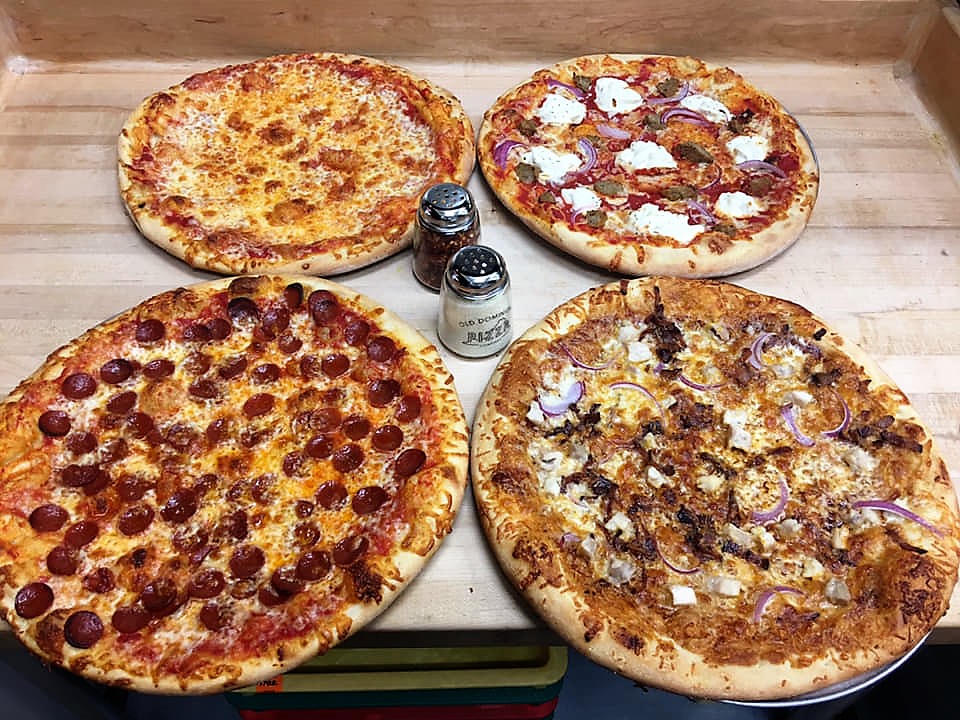 Upper Crust Pizzeria never quite caught on at the Lee Heights Shops (it closed in July), but restaurateur John Rodas thinks he can do better.  Last week, The Spirits of ’76 co-owner opened a new eatery, Old Dominion Pizza, in the same storefront at 4514 Lee Highway. Unlike its predecessor, which was part of a Boston-based chain, this endeavor is local.

The new restaurant’s decor includes vintage photos of old Arlington–from milk trucks and 1920s police officers to the former Arlington Brewing Co. in Rosslyn–courtesy of history buff and former Arlington Historical Society president Johnathan Thomas, whose family has been in the county for generations.

The signature pizzas are named after local high school sports mascots (The Patriot, The General, The Warrior, The Knight) and are available in both New York-style (thin crust), as well as a rectangular “grandma-style” pie with a fluffier, crunchier crust. “It’s how an Italian grandma would make pizza,” Rodas says of the latter.  But there are also nods to current tastes. Cauliflower crust is an option for gluten-free diners.

Rodas, a Wakefield High School alum, spent 25 years at Domino’s Pizza, working his way up to area vice president, before assuming co-ownership of The Spirits of ’76 in Clarendon in 2016 (which he co-owns with Patrick Doody).

Now you’ll find him flipping dough like a pro behind the counter of his latest venture while co-owner Charles Smith (he’s also the chef at Spirits of ’76) makes meatballs and Italian sausage in-house. The shop sells by the pie and by the slice, and delivers pizza, beer and wine within a roughly 2-mile radius.

Will the concept fly? So far so good. “We sold about 200 slices yesterday,” Rodas says. “I’ve been in Arlington most of my life. It’s nice to have a neighborhood place.”