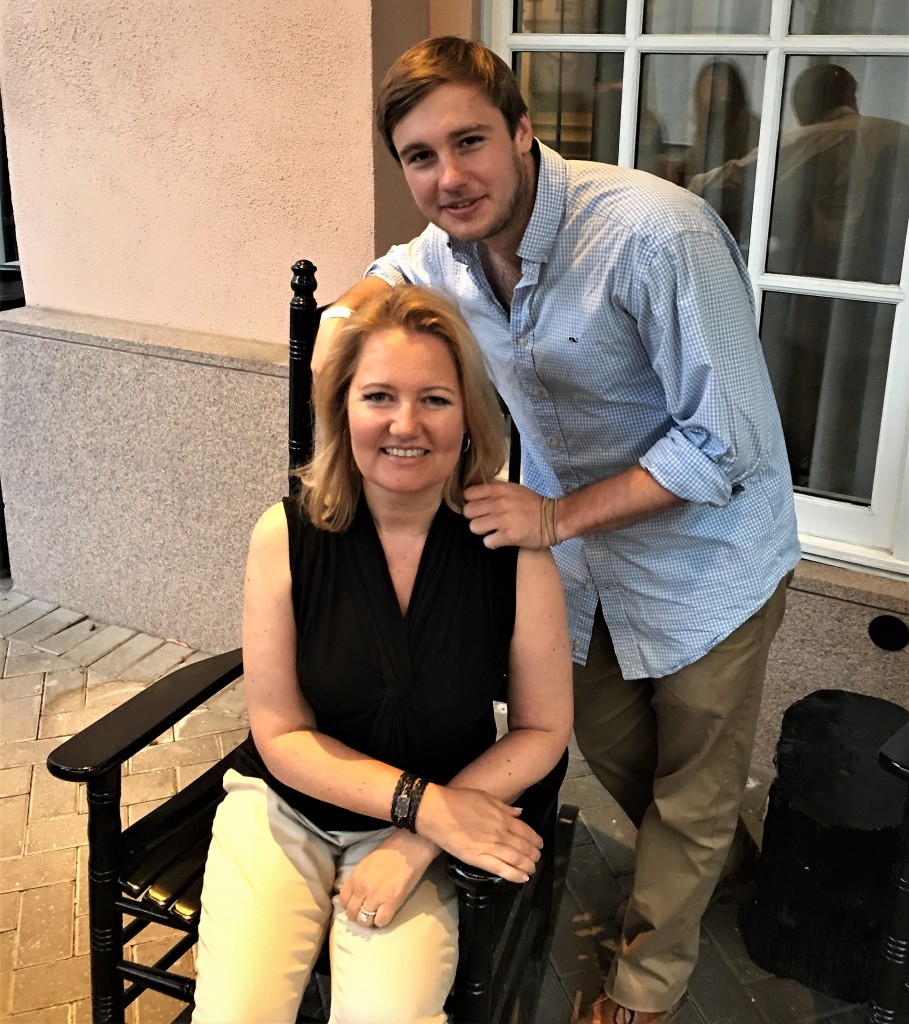 Karen Coltrane with her son Sam

We humans deal in thoughts and feelings. Racial issues are complicated, I believe, because they primarily exist in the realm of feelings—the dimension we are notoriously less skilled in managing. If logic ruled, skin color would not impact how we treat others any more than hair color, height or other physical features.

Since we are motoring the choppy seas of feelings, it helps to remember that feelings generate from our thoughts. While experts agree we cannot deny our feelings, we do have influence over them when we change our thinking.

Here is an example: Imagine a group of young men destroying someone’s property. If you envisioned the aftermath of protests in Minnesota and elsewhere in June 2020, you could feel disappointment or hope for how their actions may have impacted their cause, or anger or sadness for the innocent shop owners’ losses.

Now, reimagine that group of young men destroying cases of tea in Boston’s harbor in 1773. Feel a swell of national pride for patriots birthing a nation? How can the same description of an occurrence elicit different feelings? The answer, of course, is in the way we think about it.

I was a child in America’s first desegregated generation, and I remember my grandmother lamenting interracial marriage. Today, I listen to my son Sam’s impassioned support for dismantling systemic racism. The facts are essentially the same—black people are treated differently than white people—yet, the differences between an old woman’s feelings in 1970 and her great grandson’s in 2020 is the way they think about it.

Their language choices reveal the change in thinking. My grandmother referred to black people as they—asking, when she saw protests, “What do they want?”

My son sees protests and says, “We want change.”

Thinking they separates us and generates different feelings than thinking we, which makes us feel protective and supportive. I believe the diversity of today’s protesters and widespread support for them reflects this shift in thinking, the change in pronoun choice, and the subsequent difference in feelings.

Different feelings form when we perceive others as us versus them. I’m named Karen, which has become a meme for an entitled, middle-age white woman. I hate that, because I’ve always liked my name, but it gives me a small window into what it is like to be shunned for something over which I have no control.

All of us can reframe our thinking if we ever catch ourselves slipping. I hope we do because we must. Past racial progress has had to rely on shocking flashpoints to move white Americans to feel pain at a level that supports change.

But past crashes into the sea of collective consciousness—like bombings that kill young girls at church or videos of baton-wielding police on an Alabama bridge—create tsunamis of feelings that lurch us forward.

These big waves have been met with backlashes that reverse some of the hard-won advances. To break this pattern, we need to sustain a morally higher sea level.

I have hope that the shift from they towards we—something we each have control over through our thoughts—may contribute to permanently lifting all our boats together.

Karen S. Coltrane is the CEO of the Arlington-based Leadership Center for Excellence, whose offerings include Leadership Arlington, High School Leadership Lab and the DMV Diversity and Inclusion Institute, the region’s only leadership program devoted to supporting leaders in their exploration of these topics.