To Beirut, With Love 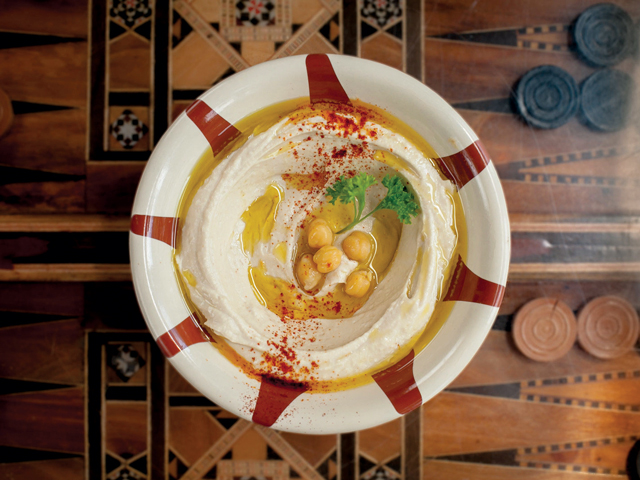 After a deadly explosion rocked Beirut in August, the owners of Lebanese Taverna needed a day to feel what they felt—fear, sadness, shock—and to get in touch with family members in the capital city, who thankfully were not physically harmed.

The next day, the local restaurateurs set up a GoFundMe page that within days raised $30,000 for Red Cross humanitarian aid in their native land. They also committed to donating $1 of every hummus order to relief efforts in Lebanon orchestrated by chef José Andrés’ World Central Kitchen. By the end of August, the restaurant (which has 13 eateries and markets in Virginia, D.C. and Maryland) had raised and contributed more than $100,000.

Co-owner Dany Abi-Najm, who runs the family business with his four siblings, traveled to Beirut with Andrés to deliver supplies and food to those displaced by the explosion.

His sister, Grace Abi-Najm Shea, describes the response as a full-circle moment for their family, which fled Lebanon in 1976 and settled in Arlington. Three years later, her parents opened the first Lebanese Taverna in Westover. Shea says she and her family have always seen themselves as ambassadors of Lebanon’s culture and food.

“It makes me even more grateful for my dad, who thought to bring us here for a better life because of the instability [in Lebanon],” Shea says. “We came here with nothing and we built something. Now we’re very, very thankful for all the success we’ve had.”

And they are giving back.