To the Moon and Back

These are no ordinary trees. Their seeds went to outer space. 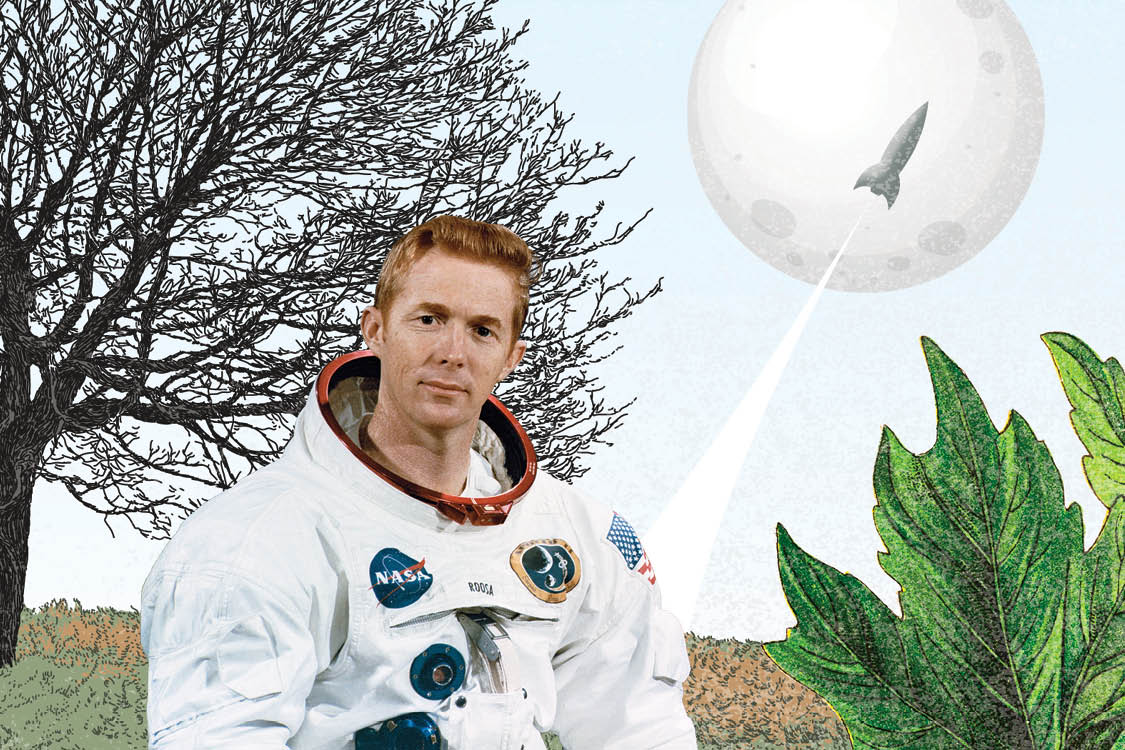 There’s nothing outwardly remarkable about the 40-foot-tall American sycamore that stands alongside a pedestrian path at Arlington National Cemetery, just a short stroll from the Tomb of the Unknown Soldier. What’s unusual are its roots: It’s the spawn of a seed that orbited the moon nearly five decades ago.

On Jan. 31, 1971, Apollo 14 blasted off from the Kennedy Space Center, soon to become the nation’s third crewed mission to land on the moon. Its orbiting command module pilot was astronaut Stuart Roosa, a onetime smoke jumper with the U.S. Forestry Service. In honor of that pedigree, and as an experiment, Roosa tucked into his space suit a canister filled with roughly 500 seeds from trees that are indigenous to the U.S. “It was part of his PPK [personal preference kit],” explains his daughter, Rosemary, “along with my mother’s wedding ring.”

Once his colleagues touched down on the lunar surface, Roosa orbited the moon solo for 36 hours with his arboreal cargo in tow. A few days later the mission returned to Earth safely and the canister was whisked away to decontamination, where it accidentally burst. Luckily the seeds were saved. And they grew.

Five years later, in honor of America’s bicentennial, nearly 450 saplings were planted in parks, squares and other public spaces worldwide. Among them: a sycamore in Philadelphia’s Washington Square; a Douglas fir in front of the state capital in Olympia, Washington; and a redwood in the city center of Santa Rosa in Brazil. Today there are sweetgums in Indiana; loblolly pines in Boise and Washington, D.C.; and a sycamore at the Kennedy Space Center in central Florida. It’s estimated that some 70 to 90 of the original so-called “moon trees” remain.

In the years that followed the moon trees were largely forgotten, their whereabouts often undocumented, until the late ’90s, when NASA archivist Dave Williams began compiling a list of moon tree locations (a record that’s still being updated to this day). It was also right around this time that a second generation of moon trees, taken from the cuttings or seeds of the originals, was planted in hopes of furthering the tradition.

Stuart Roosa died in December 1994 and was buried at Arlington National Cemetery. In 2005, a second-generation sycamore moon tree was planted near his final resting place. “We wanted to honor all the astronauts who had moved on, and these trees are such a beautiful living legacy,” says Rosemary, 56. She runs the Mississippi-based nonprofit Moon Tree Foundation, which is dedicated to educating others about the trees and their ties to the Apollo program.

While the tree planted near her dad’s grave certainly holds special meaning, she says every moon tree reminds her of her father’s unique place in history: “I think his spirit lives a little bit in all of them.”