View From the Bench 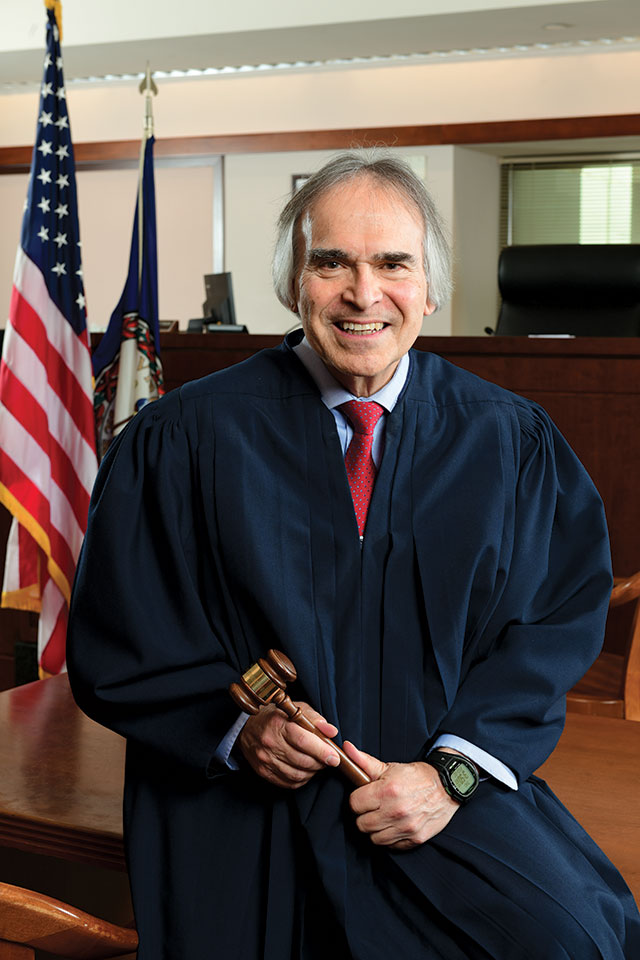 The Honorable George D. Varoutsos is in the home stretch of his fourth term presiding over Arlington County’s 17th District Juvenile and Domestic Relations Court. He’s a tough nut to crack.

As the court’s chief judge, he sees family heartbreaks daily—termination of parental rights, child custody and support battles, domestic abuse, neglect and violence. But when he grants a rare interview, he mostly stares ahead and talks about these gut-wrenching topics in a flat baritone, a paragon of impartiality.

Varoutsos says he rarely gets choked up when adjudicating on a family’s collapse. At the end of most days, he leaves the turmoil at his chambers’ door.

“Once you’ve made a decision, you’ve got to move on and not worry,” he says. “You can only do the best you can do.”

When pressed, he admits that he “hates” when he has to put a child into foster care, and that he becomes particularly riled when he hears domestic violence cases—especially those in which a child has witnessed spousal abuse.

“When a child is present during domestic violence, they learn that’s the way life is,” he says. “I grew up in a house where we weren’t hugging each other every minute, but there wasn’t any violence or serious arguing. That’s what I thought was normal.”

Varoutsos spent his childhood in Lyon Park and Country Club Hills. He remembers growing up in an Ozzie and Harriet-type home, the 1950s TV model of an intact family with two parents and two kids whose biggest problems were pimples before a big date. In that world (as in his), Mom kept house, Dad arrived home from work around 6, and the family gathered for dinner each night without fail.

“Now, I see these families that are very dysfunctional,” says the judge, who lives off Williamsburg Boulevard, about 2 miles from where he grew up. “My family had no issues. It’s hard to understand how these other families have so many things going wrong with their lives.”

“Doesn’t every family have issues?” I ask, trying to dig a little deeper.

Not his. That’s the story, and he’s sticking to it.

Varoutsos was the kind of kid who rarely shows up in the courtroom he now runs. He remembers his young self as studious and respectful, a first child (his younger brother is a pit boss in Atlantic City) determined to sail smoothly through life.

His most defiant act was refusing to attend Greek school. “I told my parents I’d run away from home,” he says. They didn’t make him go.