I had relatives on both sides of World War II. They all loved the game. 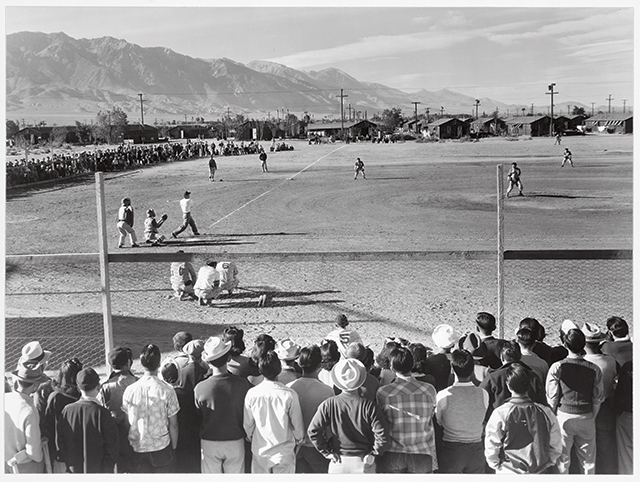 Baseball at the Manzanar War Relocation Center in California, an internment camp similar to the Arkansas camp that held the writer’s family during World War II. Ansel Adams/Library of Congress

Baseball, for our family, starts each spring with Arlington Little League’s opening day. The youngest kids race full speed onto the field, followed by progressively older players, each group a little bigger and a bit more in control of their limbs.

The littles always pause in awe of the high school players who are waiting on the field to greet them. Silent, in their clean whites and greys, these man-boys loom like gods over the 7-, 8- and 9-year-olds. I love it because I know most of the older kids started their baseball careers as littles, too. The extraordinary connection that unifies them all is their love of the game.

For me, baseball is also the string, the connector to my family’s story. Watching my 10-year-old play, I sometimes catch a glimpse of my grandfather, my ji-chan, who traveled as a teen from a small village in Wakayama-ken, Japan, to the big city of Osaka, in search of work. He was so lonely that he would climb the tallest mountain in Osaka, face in the direction of home and cry.

After landing a factory job, my ji-chan joined his company baseball team and became very good. He could throw a ball so straight and fast. I imagine he was a pitcher, although that was one of those questions I forgot to ask before he passed away a couple years ago. His baseball story was always a story of what if? He almost went pro, but then the war broke out and he left to fight for his country.

Today, watching my son on the field, it’s not just my son I see. It’s also the dust being kicked up on a parched baseball diamond in Jerome, Arkansas, home of the internment camp that incarcerated my family during World War II—a place my other grandfather knew well.

Forced from their home in Los Angeles, my other grandpa and his family traveled 1,800 miles to live behind barbed wire and armed guards in a place that was never designed for children, much less long-term habitation. He left to become a U.S. Army sergeant, but would return to the camp on leave.

Searching for ways to pass the time, the kids in Jerome did what bored kids do everywhere—they played sandlot baseball. Their experience is chronicled in the book Baseball Saved Us, by Ken Mochizuki. 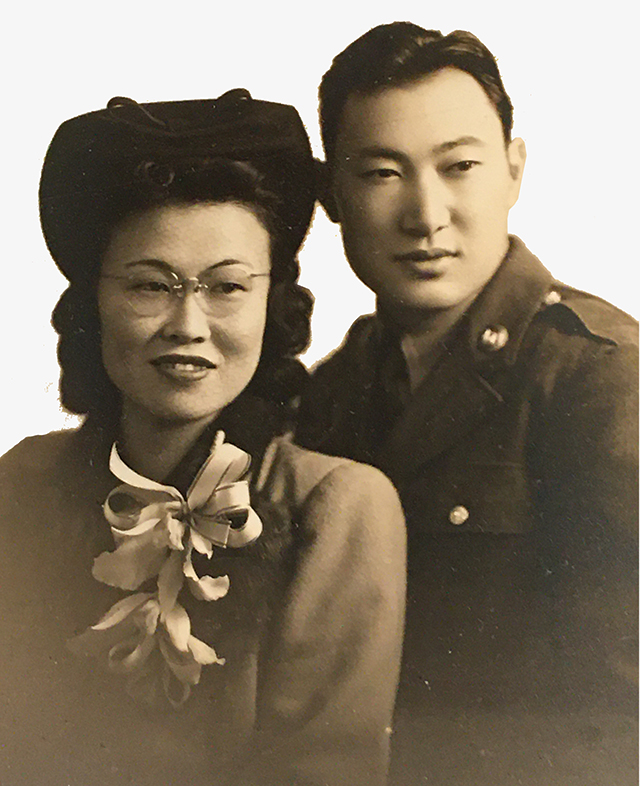 My great-uncle Saburo, aka “Zip,” was the inspiration behind the main character in an award-winning 2003 short film, Day of Independence, about one of the baseball leagues in the camp. The story follows a fictional family (based loosely on ours) as they deal with wartime separation and illness. For Zip and his peers, baseball offers an anchor of normalcy in a world that is abnormal. It breaks the monotony of camp life and affirms the humanity of people forced to live in subhuman conditions.

Fast-forward to 2021. As we search for parking in a tree-lined neighborhood near one of Arlington’s hidden ball fields, these are the people who are in the car with me. Whenever my son steals a base or goes for home, my family is always in my thoughts.

This is our fourth year as an Arlington Little League family. Summer is a three-ring circus of tournaments, laundry and a seemingly endless stream of MLB games to watch. We finally ventured out to Nationals Park this year (post-vaccinations), and the “Welcome Home” banners made me stop and catch my breath.

Now we’re heading toward fall and the postseason—a time when old rivalries resurface, impossible stories of destiny come true, hearts are broken and the elusive dream of a championship, for most, stays just beyond reach.
Once every hundred years, a miracle happens, a curse is broken, and grown men and women weep. That is October baseball.

I’ve been thinking about what I want my son and daughter to understand about their Japanese American background. There are the traditions, the customs and the foods I want to pass down, sure, but I’ve also come to realize how much baseball is a part of the legacy.

Through “America’s favorite pastime,” they are learning the values I equate with their heritage: prioritizing what’s best for the community over personal gain; the joy of celebrating others’ successes; a commitment to working hard and mastering the small things. (“Baseball is a game of inches,” Coach Ritchie often reminds the kids.)

Perhaps the biggest takeaway is recognizing that you’re just one team, in a long line of teams, sharing in a story that is both unique and ordinary.

Nikki Toyama-Szeto is the executive director of Christians for Social Action. She can often be found driving around Arlington with a trunk full of sports equipment, canopies and extra drinks.

Related Stories:
When Baseball Was Segregated