“We’ve All Been Through It This Year”

Survival stories and silver linings from one of the restaurant industry's toughest years ever. 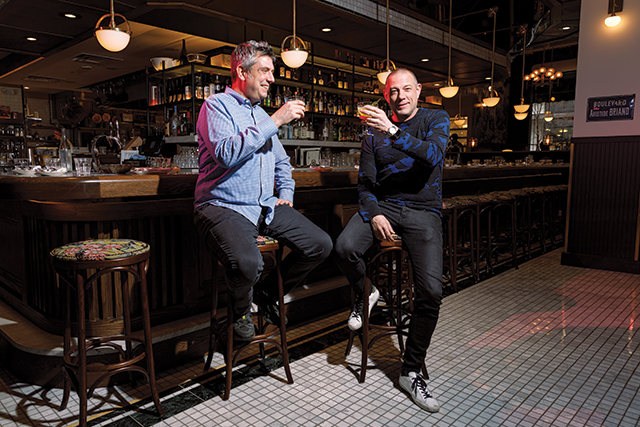 Last spring, we were putting the finishing touches on a story about restaurateurs who were reshaping the local dining landscape. Many had just opened, or were about to open, new concepts. Then the world shut down, and suddenly the tastemakers who had so reliably wined and dined us were fighting for their livelihood. A year later, here are their stories of survival, loss, soul-searching, optimism and what comes next. The following interviews were conducted in late February and early March. 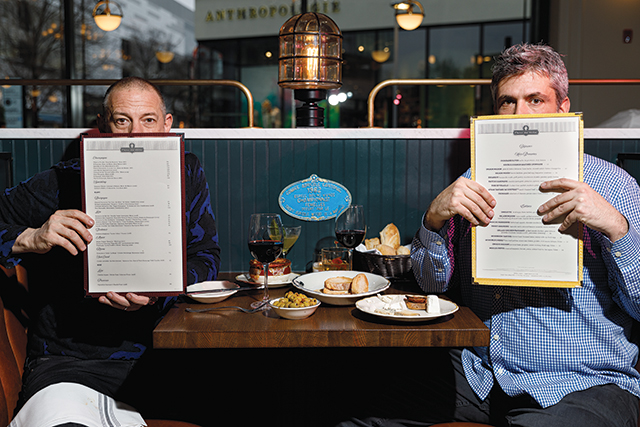 Operating as H2 Collective, brothers Ian and Eric Hilton are the entrepreneurs behind some of the D.C. area’s buzziest bars and restaurants—including Chez Billy Sud in Georgetown, Brighton at The Wharf and El Rey taqueria on U Street. On the Virginia side, they co-own (with chef Brendan L’Etoile) Parc de Ville in the Mosaic District and Café Colline, which opened amid the pandemic in Arlington’s Lee Heights Shops, and they are partners in Solace Outpost, a new microbrewery in Falls Church City. In September, H2 Collective made the dire announcement that it would be closing seven of its D.C. properties “for the foreseeable future.” All have since reopened (or were expected to reopen by mid-April), and Ballston is soon to welcome a second location of El Rey. Ian Hilton lives in Donaldson Run with his family.

Operating during the pandemic has been a never-ending pivot. I hate the word “literally,” but it is literally trial and error. You are always making tweaks and second-guessing everything you do. Which risks have we taken that are paying off? Ask me a year from now. I will know in a year which things worked.

At first, I didn’t want to open Café Colline until we were allowed to use the bar. Without that element, it’s not the business I had envisioned. We didn’t want a stodgy, quiet dining room. We wanted an atmosphere that had some life to it. With capacity limits, the deal was: You could either have people sitting at the bar but no bartender, or you could have a bartender but nobody sitting at the bar. Not optimal.

Parc de Ville is a much bigger building, so there we could have a bartender behind the bar and seat people in other places with distancing. We are in the hospitality business, and right now we can’t do everything we want to do for people. It is what it is.

I’m not getting any younger, and this is a young man’s or woman’s game. We’ve recognized there are up-and-comers who can benefit from us and we can benefit from them. At Solace Outpost, the Solace guys are showing us how customer interactions are changing with QR codes and touchless payments. It’s a less in-your-face type of service that works in certain environments—that kind of English and Irish pub idea of placing an order and having it magically appear without constantly hovering servers. The technology that’s emerging now is here to stay.

We realized at the start of the pandemic that people gravitate toward farm breweries, wineries, wide-open spaces. We did an outdoor installation at the Kennedy Center—a pop-up concept called Victura Park, with the look and feel of a winery—from March to October 2020. We’re doing it again this spring. People like being outside with room to roam. It’s very much a “come as you are” type of space. This year we will make the installation a little more permanent. Our contract is for five years. Eric Bruner-Yang curates the food for it.

With Covid came lots of tough decisions. We ultimately laid off very few people, but at the end of the day there were some I wasn’t able to keep. That hurt a lot.

If I could turn back time…would we have been better off just closing everything down in March of 2020? Financially, probably yeah. But at the same time, the decision not to close kept a lot of people employed. The owner is always the last one to put any money in his pocket and I haven’t done that in a year. I’m proud we were able to keep a lot of people moving forward with a reason to get out of the house and not feel like complete victims of this pandemic.

My mental health has improved significantly by virtue of having Café Colline just up the street from me. I walk up every day and stuff bags with burgers and feel like I’m accomplishing something. I’m back to doing jobs that had been delegated out. It’s a reminder of what got me into this business to begin with. We are still giving food to people with a smile and a kind word. Rather than making major watershed decisions, we are just trying to solve an unsolvable puzzle every day. Having simple blocking and tackling tasks helps.

We have a really good, loyal following at Colline. I know people do not want to eat French food three days a week—yet we have people who are doing it because they want us to make it through this.

And frankly, let’s maintain some perspective. I haven’t lost anyone near and dear to me to this virus. There are millions who can’t say that. That realization makes you check yourself. At the end of the day, I’m still aboveground and so are the people I love.

It’s been a surreal time. We have learned about all different kinds of people. I’m seeing unprecedented cooperation between tenants and landlords. There’s more of a kinship with other restaurant operators. Previously you wouldn’t even tell the competition what you were paying for a gallon of milk. Now we are more open with each other, sharing information and trying to help each other out.

What was so difficult about last March was the experience of taking a step forward and then a step back. At least now the steps appear to be heading in one direction—maybe slowly and deliberately, but forward. You’ve got a choice: Be optimistic or pessimistic. I know the easier choice for me.