Cured ham from a pig that was fed only acorns in life…Codfish jowls in a velvety sauce…And that quintessential Spanish comfort food, paella.

Codfish jowls in a velvety sauce… 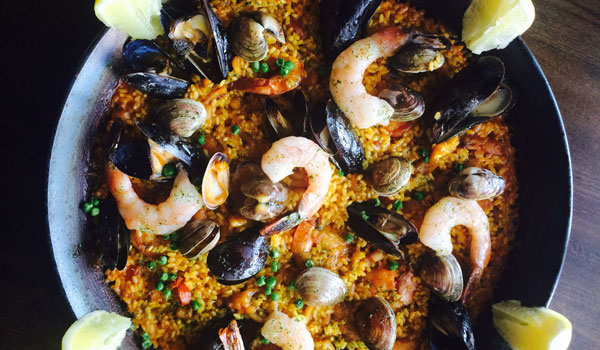 These are some of the enticements you’ll encounter at SER, the new Ballston restaurant that celebrates Spanish family cooking, brought to you by proprietors Javier Candon and executive chef Josu Zubikarai, both veterans of La Taberna del Alabardero in downtown D.C.

Their concept won the Ballston Business Improvement District’s Restaurant Challenge last year and will receive a year’s free rent in its space on Glebe Road next to the Melting Pot.

SER translates from Spanish as “to be.” But the owners also use it as an acronym for “simple, easy, real.” 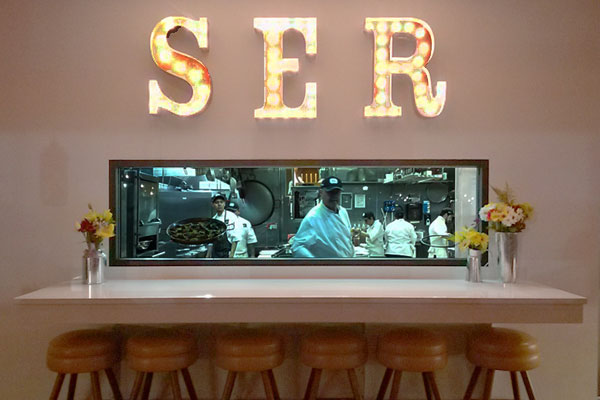 The restaurant includes a “kitchen counter” where you can watch the action while you eat.

Many of the dishes hark back to the farms and coastlines of Spain’s northern Basque region, where Zubikarai grew up. The aforementioned cod dish, for example, allows the ubiquitous catch from those waters to sit in olive oil at close to room temperature for hours, whereby the flesh emulsifies with the fish’s natural gelatins. This method supposedly evolved from a fishing boat incident; the cook got called away from the stove to help on deck—and came back two hours later to find that a sauce had magically appeared in the pan.

I was a little nervous to try this dish, because it smelled extremely…fishy. But it didn’t taste that way at all. The flavor was mild, and the creamy, velvety sauce, made from the fish’s own juices, was bizarrely addictive.

Other dishes in the must-try category include the octopus picadillo—a ceviche made with octopus so tender it’s like biting into a perfectly cooked scallop; a paella made with squid ink instead of saffron; and the suckling pig, which comes with fried potatoes to sop up the pan juices.

For dessert, try the pineapple tart or the arroz con leche. 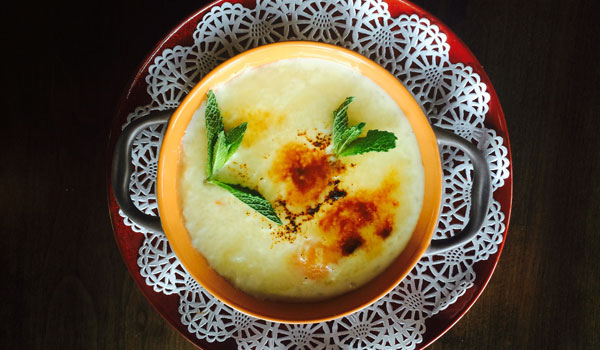 Or, if you want to cap off your evening in true Iberian style, order one of copas—Spanish gin and tonics—courtesy of bartender Manolo Gracia, also a Taberna del Alabardero transplant, who now runs the cocktail and wine program here.

What’s the story behind the restaurant’s bright-hued palette? Christiana Campos-Candon (wife of owner Candon), an instrumental force in the design and marketing of the new space, says the yellow banquettes remind her of the Spanish sunshine, while the coral-coated chairs channel the sunsets and the turquoise accents evoke the sea. 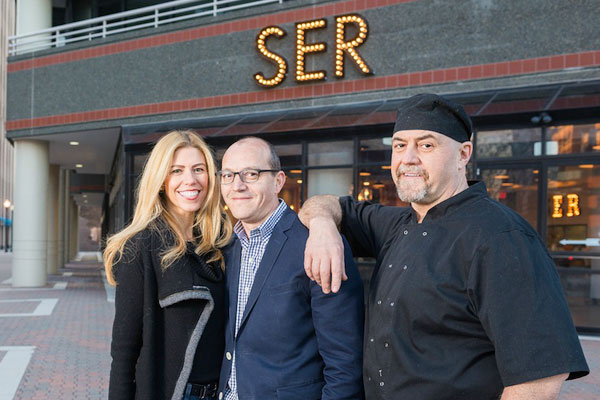