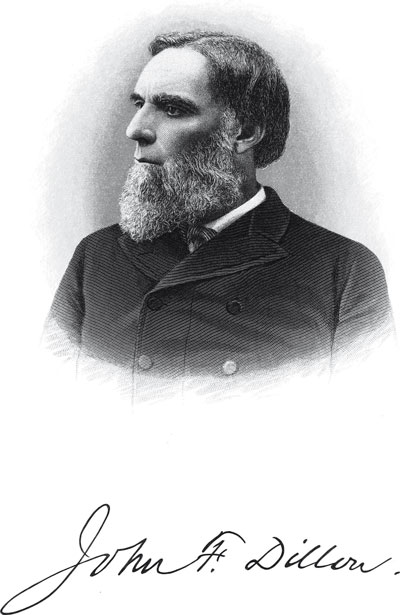 Iowa Supreme Court Judge John Forrest Dillon died more than a century ago and may never have even visited Virginia, but he continues to have an outsize impact on how Arlington County functions.

Here’s why: In 1868, while serving as chief justice of the Iowa Supreme Court, Dillon opined that a local government’s power is derived solely from the state, and that a municipality can only take actions that are explicitly allowed by state law. In the 150 years since, the “Dillon Rule” interpretation has twice been upheld by the U.S. Supreme Court and adopted by 39 states, including Virginia.

Whether a state adheres to the Dillon Rule or “home rule” (a structure that gives municipalities more latitude to make legislative decisions) comes down to philosophy. “In a state that allows home rule, you’re likely to have more variation in policies from one part of the state to another,” says John McGlennon, a professor of government and public policy at William & Mary. “[The Dillon Rule] limits the ability of localities to adopt policies that might be out of step with the state’s preferences.”

Arlington, being a progressive community in a historically conservative state, has not always been in lockstep with the Commonwealth. For county officials, the Dillon Rule has, at times, felt tantamount to handcuffs.

In 1977, the Virginia Supreme Court reaffirmed the Dillon Rule when it decided in favor of the state—and against Arlington—in a case that centered on negotiating collective bargaining agreements with teacher unions.

When Arlington officials in 2000 attempted to extend health insurance to domestic partners, the state Supreme Court found the move to be in violation of the Dillon Rule since the Virginia General Assembly had not given the county express permission to do so.

The infamous rule has also come into play on land use, taxation and zoning issues. Repeated efforts by the Arlington County Board to tax single-use plastic bags have failed to gain approval in Richmond.

McGlennon cites a 2018 bill (now state law) that handed the Virginia General Assembly the right to determine the location of cell towers, with or without the agreement of the municipality in which the towers were placed.

More recently, Dillon was invoked in discussions about changing the name of Jefferson Davis Highway (Route 1) where it passes through Crystal City in Arlington—although in March, Virginia Attorney General Mark Herring issued an opinion that the county could ask the Commonwealth Transportation Board for that authority, thus bypassing the state legislature.

In May, the county won approval from the Commonwealth Transportation Board to rename the road Richmond Highway—the same name that applies to the road where it passes through Alexandria. Why was the Alexandria City Council previously able to successfully vote to rename its own stretch of that road? Because under a nuanced interpretation of the Dillon Rule, cities are often given more leeway to act by the General Assembly than are counties.

Arlington’s street signage will be updated by October 1.