When Baseball Was Segregated

Arlington's Black baseball clubs drew crowds in the first half of the 20th century. 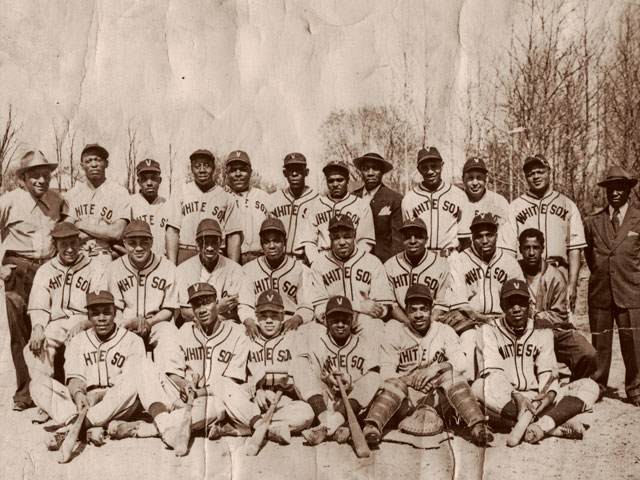 The Virginia White Sox in the 1930s. (Photo courtesy of Arlington Public Library/Center for Local History)

The Washington Senators may have won the World Series in 1924, but they weren’t the only game in town. Starting in about 1910 and continuing just past World War II, Black baseball clubs like the Old Virginia Blues, Green Valley Black Sox, Virginia White Sox, Arlington Athletics and Green Valley Quick Steps were big draws and a popular summer pastime for Arlington’s Black community. They competed against each other and teams from across the region, including rivals from Georgetown, Anacostia and Annapolis.

Home field was often Green Valley Ball Park, located south of Four Mile Run (now a part of Jennie Dean Park). Arlingtonian James Peyton, an African American foreman at the U.S. Bureau of Engraving and Printing, owned the park, but opened it for public use. Judging by the sheer number of regional championship games held there, it likely was one of the finest ballparks in the area available to the Black community. Games also were played at a field near today’s High View Park, on land that’s now part of the Virginia Hospital Center campus, as well as at another field near Bailey’s Crossroads.

Game days were major events. Tournaments were sometimes sponsored by The Washington Tribune, a weekly Black newspaper. Local businesses sold snacks while entire families came out to watch the action and socialize with friends.

The 1940s saw the decline of all-Black baseball leagues. Peyton sold his land in 1942, leaving local teams without a place to play. The national Negro leagues, which had been formed in the 1920s, lost popularity shortly after Jackie Robinson integrated professional baseball in 1947.

But for a time, youth ball clubs continued the Green Valley baseball tradition in Arlington. Organized by Ernest Johnson, director of Negro recreation for the Arlington Department of Parks and Recreation, youth games were played throughout the 1950s and into the 1960s at the newly christened Jennie Dean Park, named after a former enslaved woman who had founded one of the only secondary schools in Northern Virginia for African Americans.

The park—which included baseball and softball diamonds, three grandstand sections, a basketball court, horseshoe pits, picnic tables and an outdoor fireplace—was conceived as a $300,000, 10-acre recreation area that was to be the only one of its kind for Arlington’s Black community. Many of its proposed features were never built, but the baseball field did eventually get floodlights.

In 1961, Arlington Public Schools integrated its athletic programs and, with them, all county-sponsored sports, allowing Black and white sluggers to play ball together.