Where to Compost Locally

Turn those rotting pumpkins and dinner scraps into something good for Mother Nature. 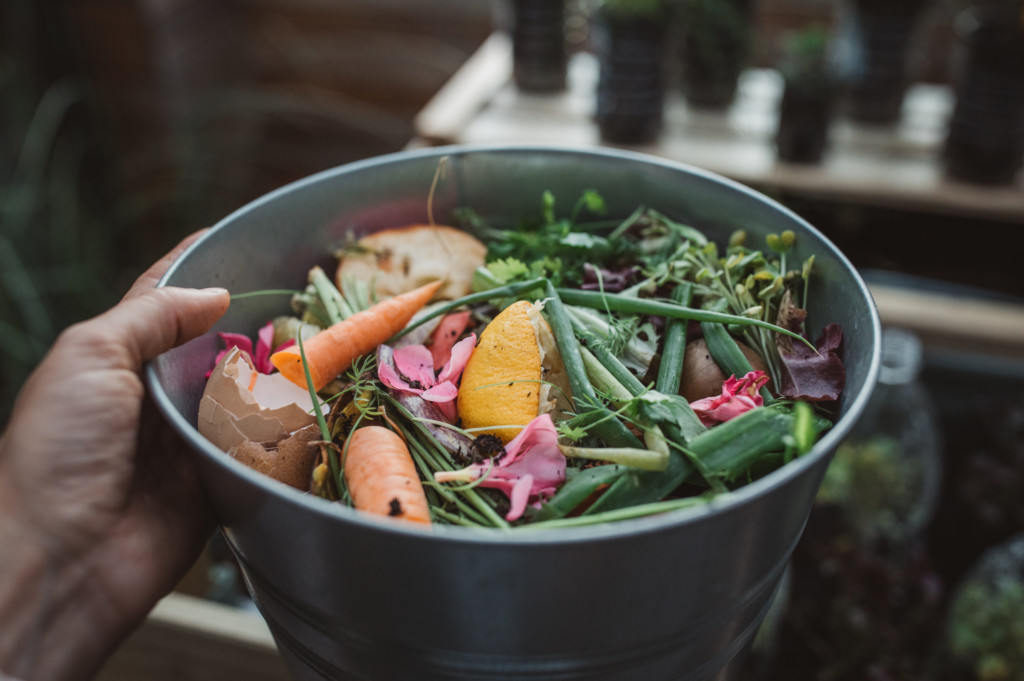 On a recent Monday afternoon, the last slimy dregs of the weekend’s takeout have been tossed in a large bin, along with some spotty banana peels and half a loaf of stale bread. The aroma of food well past its prime is markedly present as a few more helpings of sad produce are unleashed on the pile, but quickly alleviated by the closing of a lid. Just as I leave this enclosure of waste bins behind the Falls Church Community Center (300 Park Ave.), another visitor enters with bags of her own.

Lisa Lowry, an Annandale resident, says she began dropping off her unwanted leftovers at the 24/7 Falls Church facility about a year ago, “an easy decision to make,” she says, given the restrictions on composting in her subdivision.

“I hated that we throw out so much food scraps when we could put these to a good purpose,” Lowry later told Arlington Magazine via email. 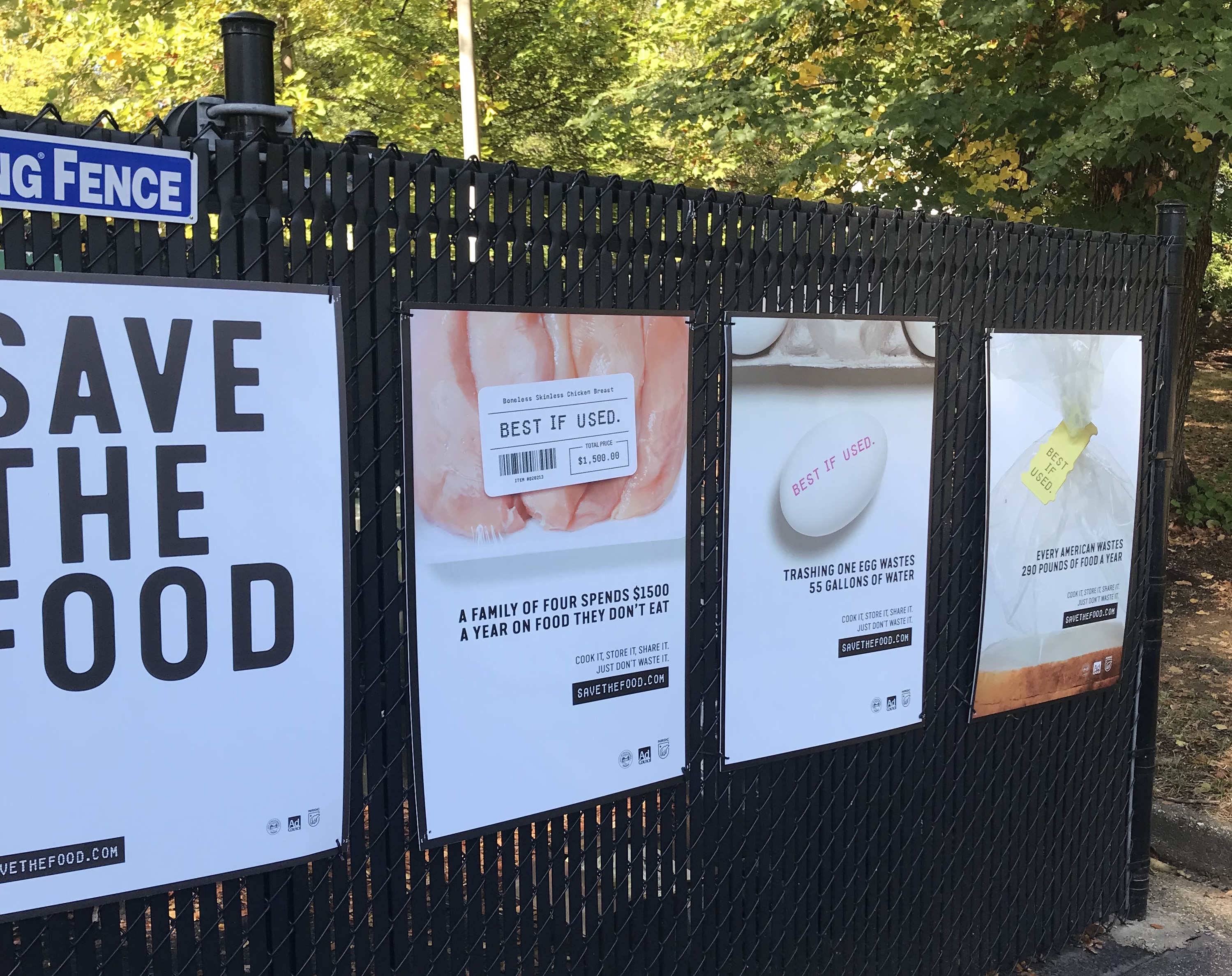 The Falls Church food-waste drop-off site includes several bins and is open all day, every day. (Photo by Eliza Berkon)

Indeed, the Falls Church program—which allows anyone who lives in, works in or visits the city to drop off their food scraps any time of day—is rather easy to use and thus one of the best local options for composting. The practice of converting food waste into a nutrient-rich soil additive only seems to be growing in popularity, given ever-growing concerns about climate change and sustainability.

“We’re very proud of where we are and where we’ve come from,” says Lonnie Marquetti, solid waste program manager with the Falls Church Department of Public Works. “And we’re trying to essentially get to zero waste; I feel like that’s everyone’s goal.”

The Little City rolled out both its drop-off and curbside-collection composting programs in August 2017 and has already seen a reduction in tonnage brought to landfills, Marquetti says. Falls Church saw 174 tons of food waste diverted to composting facilities in 2018, compared with 80 tons in 2016.  The drop-off site is free to all users. Curbside collection is an opt-in program for city residents and costs $6 per month (plus a onetime fee of $10 for the bin) after a complimentary six-month introductory period.

Marquetti says about 20 percent of eligible residents use the program, which won the city an award from the Virginia Municipal League in 2018. 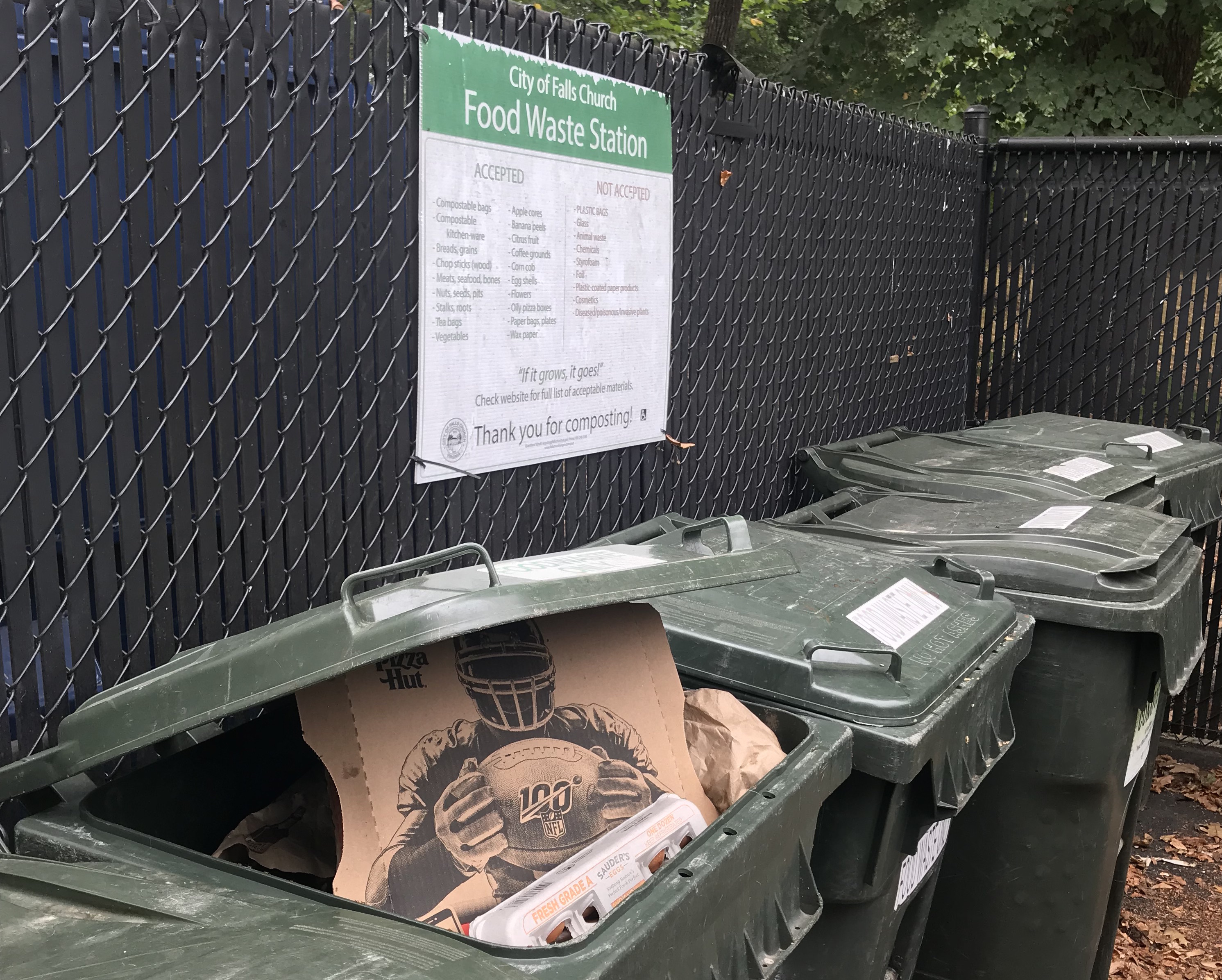 Compostable items peek out of a food-scrap bin at this Falls Church drop-off site. (Photo by Eliza Berkon)

Falls Church isn’t the only place to turn your orange rinds and used coffee grounds into a nutritious meal for future plant life. Nearby Alexandria offers food-scrap drop-off sites at four of the city’s farmers markets, as well as a curbside pickup program, and the City of Fairfax launched a 24/7 drop-off site outside its city hall in 2018.

While Arlington does not have an all-hours drop-off site, it does offer collection at some farmers markets and at the Earth Products Recycling Yard (4300 29th St. S.), which maintains limited hours six days a week.

Arlington County shares a waste-to-energy facility with Alexandria in place of a traditional landfill, and currently diverts more than 23,000 tons of organic material (including yard waste and food waste) from the facility each year, according to Erik Grabowsky, chief of Arlington’s Solid Waste Bureau. Grabowsky said via email that the county may offer curbside composting down the road.

Exactly what can be composted? Check each drop-off site or pick-up service to learn its particular rules, but in general, most food and even some biodegradable food-adjacent items (looking at you, pizza boxes) are welcome.

“Our motto is: If it grows, it goes,” Marquetti says.

In the meantime, if loading up your trunk with compostable bags of wilted kale and eggshells isn’t your thing, you can always skip the middleman and learn to safely compost at home. Your garden will thank you.