Where To Get Good Bread

Because life is too short to eat cardboard. 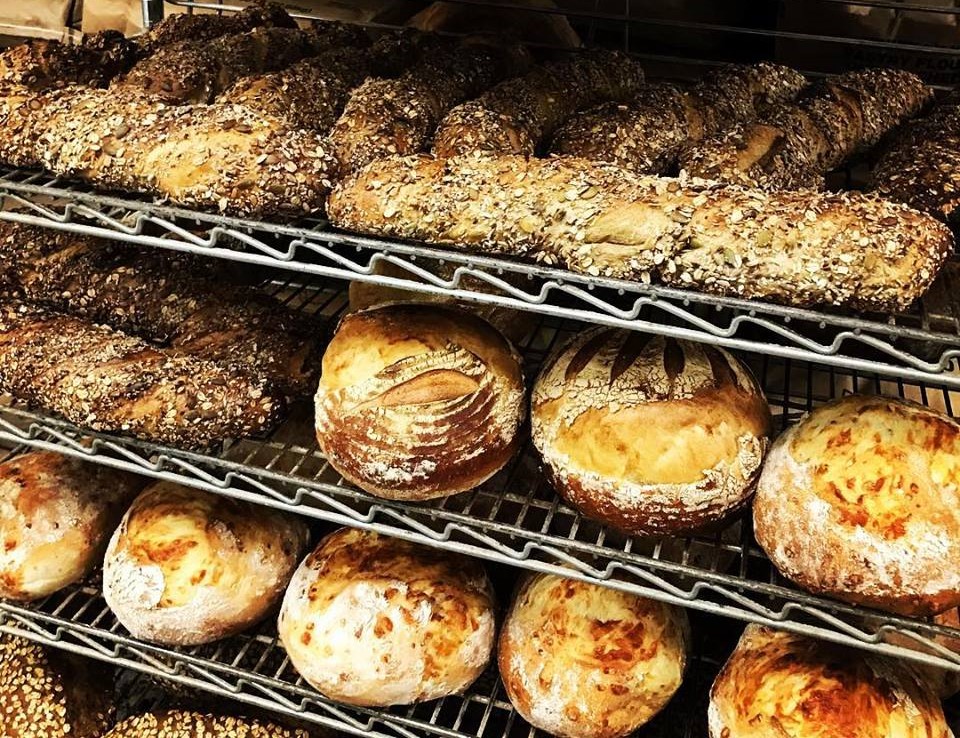 Reto Weber’s grandfather was a baker in the Swiss canton of Thurgau, and today those family recipes live on in the two Northern Virginia bakeries Weber owns and operates with his wife, Laurie. A particular fan favorite is the seeded wurzelbrot rustic (translation “root bread”), so named because it resembles a twisted root, with a hearty, crusty texture that pairs nicely with raclette or sausages. Its cousin, wurzelbrot dark, is seedless and better suited for cubing and dunking in cheese fondue. For a basket of hard rolls to complement your dinner spread, try the brochten or burli. “They are both made with the same dough,” explains general manager Mary Pat Stanesa, “just baked at different temperatures and with different steam amounts so the texture turns out completely different.”