Game On: Where to Watch March Madness

Find sweet deals on brews, pizza and wings, plus plenty of big screens at these local sports bars. 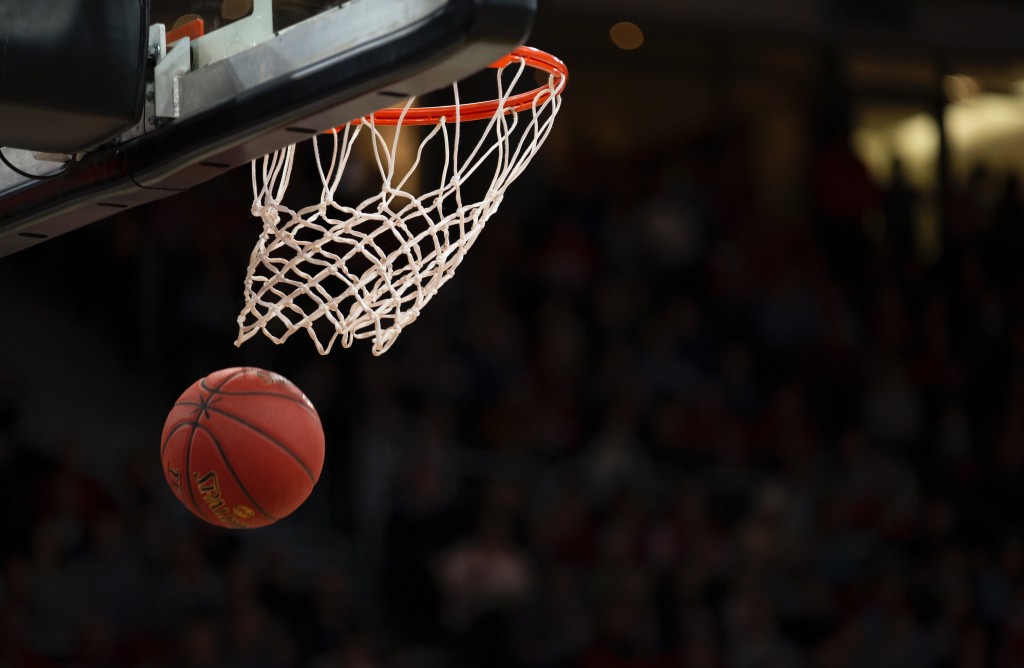 (Photo by Markus Spiske on Unsplash)

The NCAA tournaments are back! Ready for some slam-dunk specials? Here’s your ticket to grab a beer with friends, share a plate of loaded nachos and cheer your team onto the next round. Check times before heading over to these establishments, as many have earlier opening hours for The Big Dance. 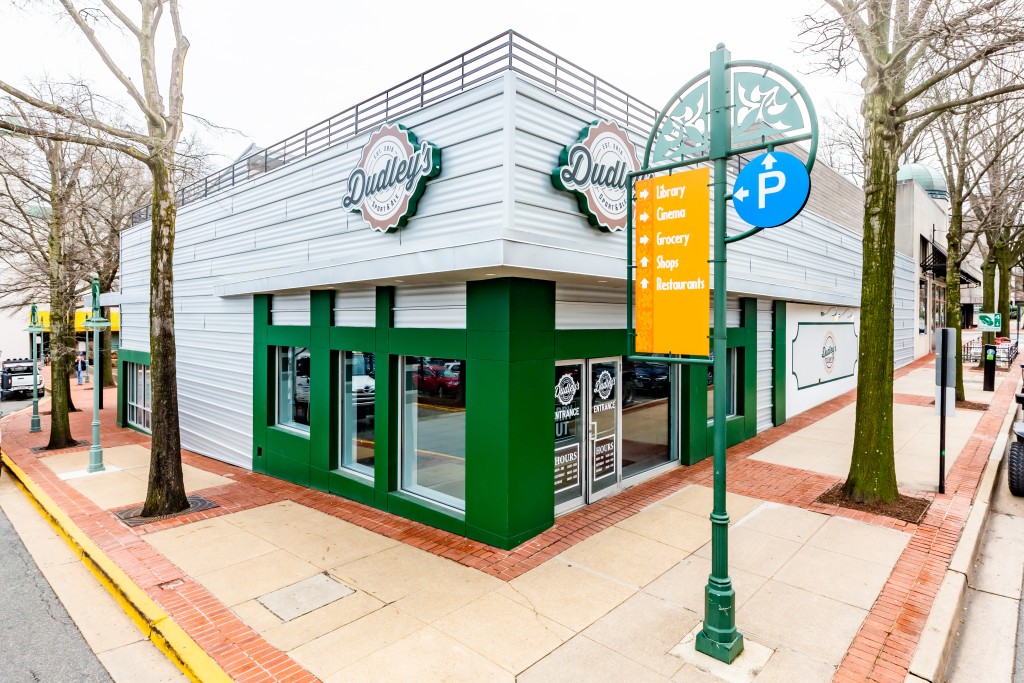 This Shirlington watering hole’s motto should be “Go big or go home.” (And they never go home.) The behemoth bar has more than 40 televisions and a 20-foot projector split screen, so you’re assured a great view of the action no matter where you’re sitting or standing. There’s also a huge party rooftop (perfect for spring temps and a game of cornhole). Dudley’s offers generous happy hour deals with $10 pitchers, burgers, pizzas, and wings in addition to its weekly lineup of specials, from Taco Tuesdays to Half-Price Burger Thursdays. It may be one of the biggest bars in NoVa, but it also draws big crowds. Get there early and stay late. // Dudley’s Sport & Ale, 2766 S. Arlington Mill Drive, Arlington (The Village at Shirlington)

After dribbling over to Fair Lakes for four years, CarPool is back in Ballston once again, albeit in a different (shinier, newer) location from the original. Hoops fans will find 25 televisions, more than two dozen beers on draft, an ivy covered patio, billiards tables and many pinball machines—even a pinball league for Tommy fans. The vibe here, per the bar’s website, is “no pretense, no attitude, just good old-fashioned camaraderie.” // 900 N. Glebe Road, Arlington (Ballston) 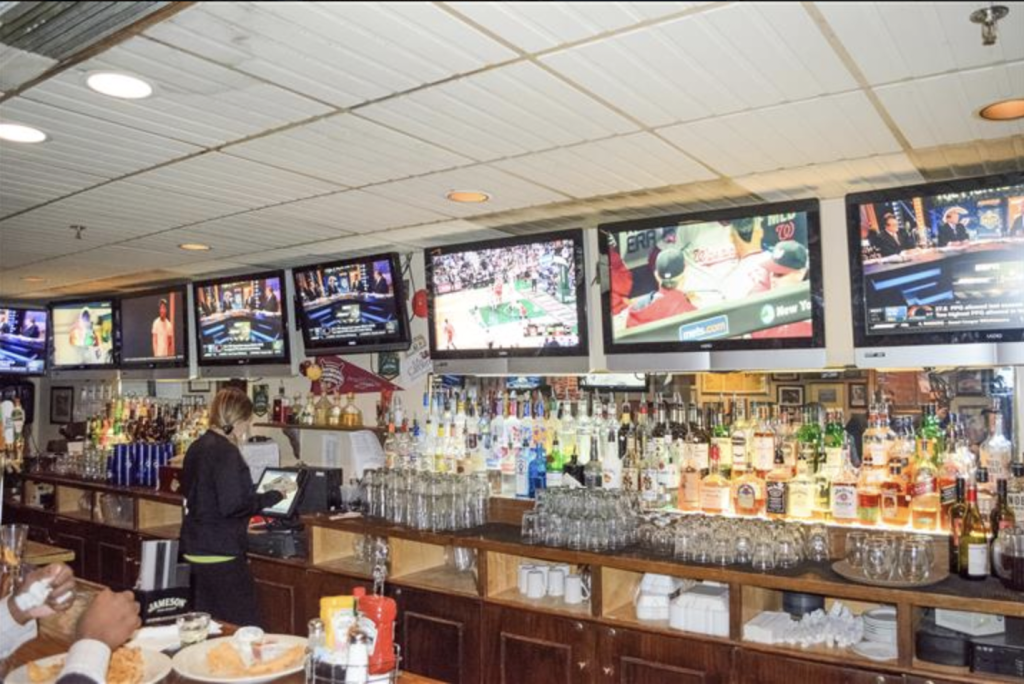 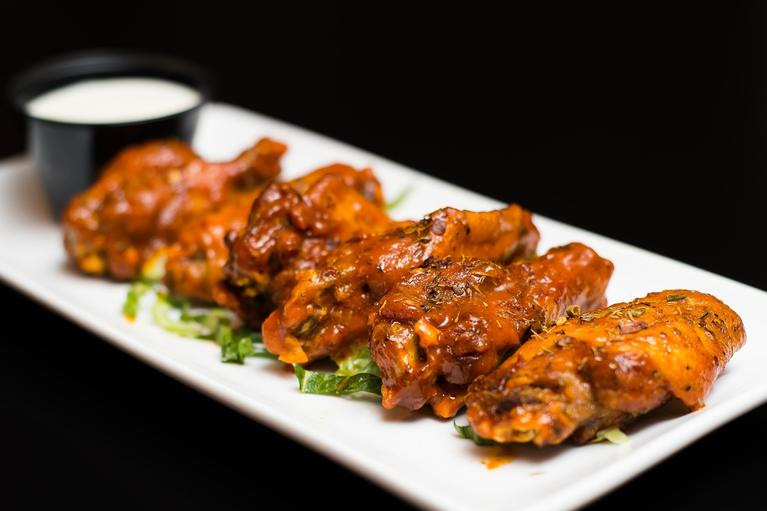 Choose among 40 flavors of wings at First Down Sports Bar in Ballston. (Photo courtesy of Doordash)

Ghost Pepper vs. Kickin Korean BBQ. Maryland Madness vs. Honey Lime Sriracha. Who will win this year? Now celebrating 13 years in business, this competitive saloon has its own side brackets, with 40 flavors of wings going head to head. Vote for your favorite combinations on Instagram @firstdownbar. During the tournament, First Down will have select appetizers and drink specials, and, of course, those famous wings. //4213 N. Fairfax Drive, Arlington (Ballston)

With a 360-degree bar and big TVs throughout, you won’t miss a minute of play time at this playground for the 21+ set. And should you want to partake in some friendly competition of your own, there’s ping pong, bowling, arcade games and more. Share one of the bar’s namesake punch bowls (designed to serve 4-8), such as the Watermelon Polo Bowl made with Reposado Tequila, watermelon-spearmint tea, watermelon shrub, strawberry syrup and fresh lime juice. And chow down on pub fare like Southwestern green chorizo fries or Asian-inspired chilled shrimp lettuce wraps. //4238 Wilson Blvd., Arlington (Ballston) 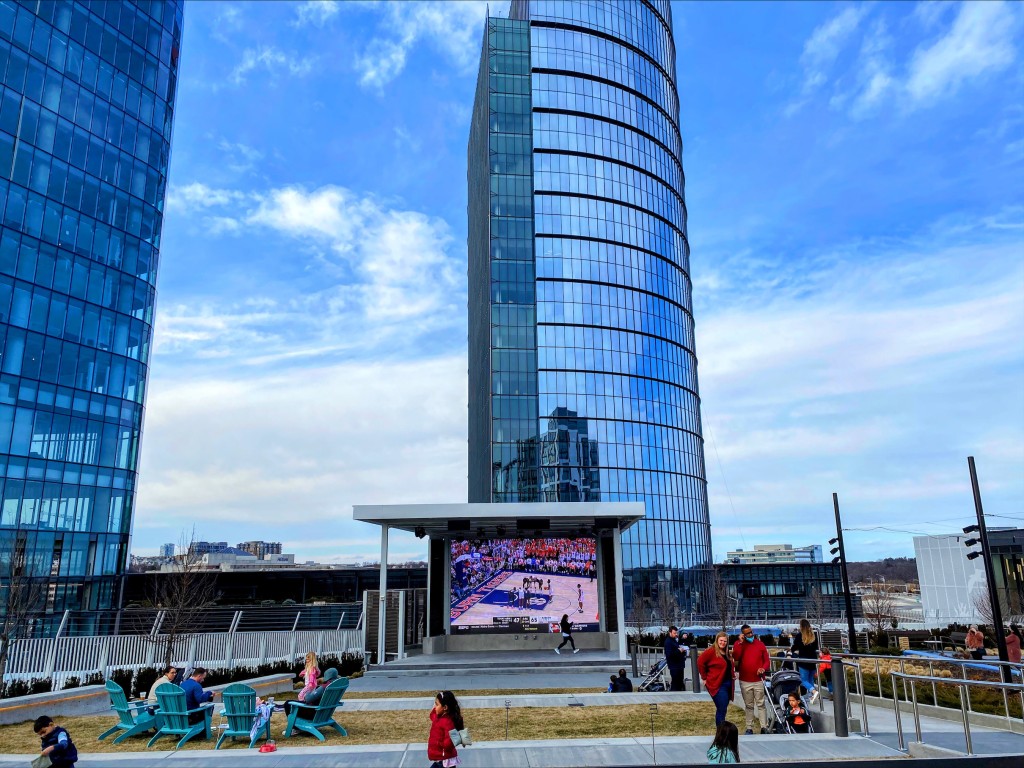 Starr Hill Biergarten at The Perch

This may top the list of most scenic places to watch a Cinderella story. Anchoring an 11-story-high, 2.5-acre sky park and surrounded by cityscape views, this open-air beer garden serves a full lineup of drafts from one of Virginia’s best loved breweries. Visitors can watch the tourney on a 22-foot HD video wall in the adjacent amphitheater, or on TVs above the bar. Dogs and kids welcome. // 1805 Capital One Center Drive, Tysons

The Board Room Game Bar & Brewery

Too nervous to watch without some sort of distraction? Here, you can double your fun by side-eyeing the tournament while also playing a round of Trivial Pursuit, Monopoly, or one of the other myriad board games in the brewpub’s sizable stash. Look for specials such as themed chili dogs and $5 pints of the gold medal-winning (Virginia 2020 Craft Beer Cup) Ticket to Ride Red Ale, plus $5 March Madness shooters. // 925 N. Garfield Street, Arlington (Clarendon) 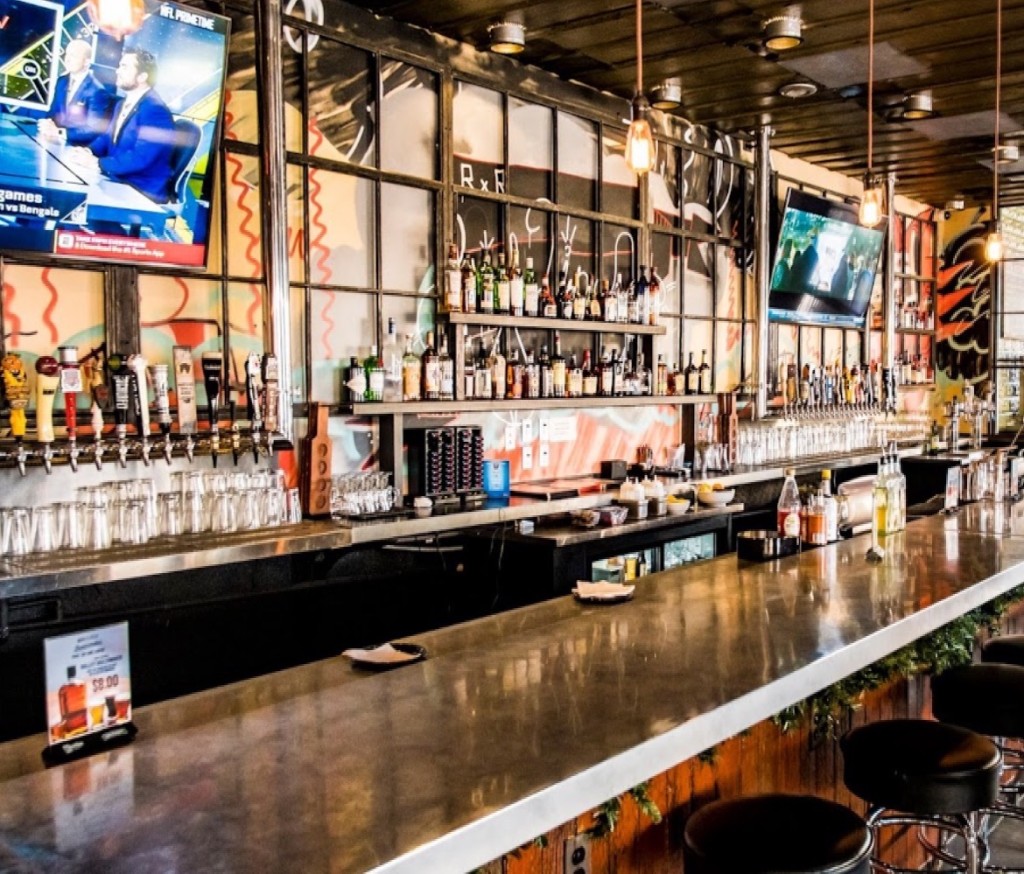 The bar at Highline RxR in National Landing (Courtesy photo)

Quinn’s on the Corner

This cozy corner bar in Rosslyn is laidback, dog-friendly (on the patio) and ready for March Madness. Since the early games overlap with St. Patrick’s Day, expect some green Jell-o shots and shenanigans, too. Try the tasty taco trays, or, during the longest brunch in Arlington (10 a.m.-5 p.m.!), indulge in some decadent chicken and waffles. // 1776 Wilson Avenue, Arlington (Rosslyn)

You’ve put $100 on your bracket with friends. But if you want to up the ante, take a drive around the beltway to this Maryland casino complex. It’s home to a dozen different restaurants, from a Top Chef-run steakhouse to a tony pan-Asian noodle bar. Pick-and-roll your way over to TAP Sports Bar, equipped with 70 flat-screen TVs, a monster draft list, daily burger specials and views overlooking the Potomac. Or, place your bets at BetMGM Sportsbook & Lounge, where you can imbibe and dine in leather stadium seating.  // MGM, 101 MGM National Ave, Oxon Hill, Maryland