Why I Write Graffiti

It's a culture, an art form and a worthwhile risk, says this award-winning essayist. 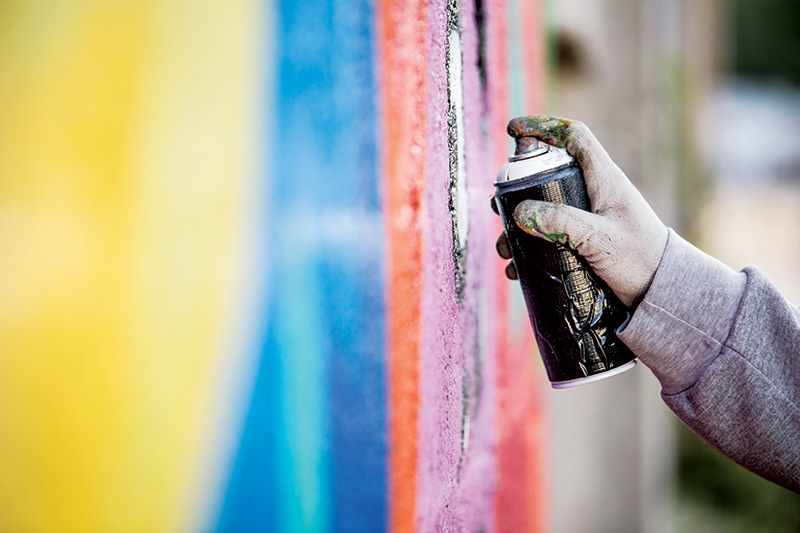 Behind me, the fluorescent lights of the skyline fade in and out through the smog. Behind that, millions of stars and the moon provide the only light required for this act of creative destruction.

Here, amid the abstracted topography, the animated characters and vibrant colors, I’ve found the perfect balance of anticipation, exhilaration, satisfaction and bliss. If only I could bottle it and share it with the world, because in this moment I am truly free.

No, I’m not at Disneyland. We’re under a bridge, along the train tracks running through a seedy section of the city. With gentrification encroaching, this is the last stronghold of a living, breathing urban art form. I’m here doing my part to keep it alive; I’m here with my paint cans, communicating my presence.

What started, some would say, during the Great Depression, with train hobos signing boxcars as they traveled across the country, has morphed into a worldwide underground art movement. Today it’s fanned out into various genres and subgenres.

As in most crafts, hobbies, interests, there are those who can’t help commenting on matters of legitimacy: the classic Porsche enthusiast who detests anything other than manual transmissions; the street skater who lives to kick, push and coast around the city and claims that Tony Hawk is a sellout.

From surfers, to hackers, to musicians, every scene has them—the detractors who argue that when you take something you do for pure, organic enjoyment and try to capitalize on it, monetize it and turn it into a commodity, you are a sellout. That you have lost the true meaning of what got you there in the first place. That not all things in life should be viewed as potential income. That when you capitulate to the mainstream, the corporations, you’re an accessory to cultural appropriation. You’re part of the problem.

But I’m not here to argue those points. I’m here to offer a window into the true essence of why we do what we do, and the deeper meaning of this alter ego we create for ourselves. This is a story about, as Paulo Coelho writes in his classic, The Alchemist, following your “Personal Legend,” your destiny. Finding your true passion and never letting that fire inside burn out.

I’m here to get to the root of what it truly means to be a graffiti writer or street artist. The compulsions and rationalizations that come with it. From the selfishness of writing on what isn’t ours to the selflessness of creating free public art.

Didn’t ask for it? Well we didn’t ask for presidents’ faces in mountains, or McDonald’s billboards crammed down our throats, either.

Graffiti in its current iteration began in New York City in the 1970s, on the subway trains. The city was in shambles and near bankruptcy. For a lot of youth, the trains were an escape, a stress outlet, a form of communication.