Why You Should Drink Madeira on July 4th

Want to party like it's 1776? Skip the beer and go for the Founding Fathers' beverage of choice. 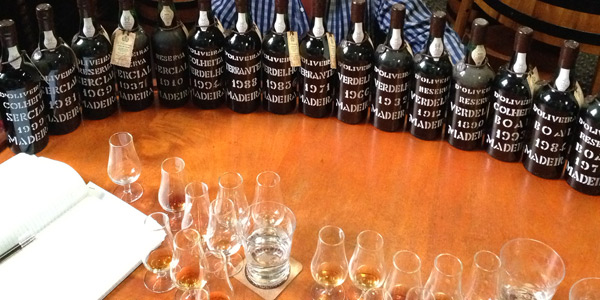 If you’re looking for an authentic way to celebrate the Fourth of July, Arrowine president Doug Rosen has a suggestion: Pop open a bottle of Madeira. After all, that’s what our Founding Fathers did when they toasted the signing of the Declaration of Independence.

“There’s no doubt that Madeira and the United States of America are intertwined—it was the drink of Colonial America,” says the Arlington wine-seller, who has been amassing his own private collection of the Portuguese fortified wine for the past five years.

Known to be one of Thomas Jefferson’s drinks of choice, Madeira also has other claims to fame. In 1768, the British seized John Hancock’s sloop the Liberty after a dispute arose over import taxes on the ship’s cargo, which included 25 casks of Madeira (a whopping 3,150 gallons). The seizure triggered riots in Boston and became one of the defining events leading up to the American Revolution.

Still, there are plenty of other reasons to drink the stuff in celebration of America’s summer birthday. Unlike its heavier fortified counterpart, port wine, Madeira is “palate-cleansing; it has a refreshing acidity,” Rosen says. Dry versions make good aperitifs before dinner, while the sweeter varieties pair well with dessert.

Best of all, Madeira doesn’t go bad. Because it’s heated and oxidized in the winemaking process, “you can’t kill it,” Rosen says. Translation: you can open a bottle today, and not only will it still be fine to drink a month from now, it might even be better. (In fact, he recommends that you open a bottle at least two weeks before you want to drink it.)

Serious collectors like Rosen have bottles dating back to the days when Thomas Jefferson and John Adams were still alive. A bottle produced in the early 1800s is still perfectly fine to drink now, he says.

At the time of this interview, Arrowine was expecting a new stock of Madeira to arrive by June 25 (albeit by truck, not sloop). Decent bottles will run anywhere from $50 on up.

So in honor of the Republic, raise a glass. Powdered wig optional.