Saying ‘I Love You’ With Wiener Dogs

A traditional birthday party felt unsafe. So he organized a parade of his mom's favorite breed. 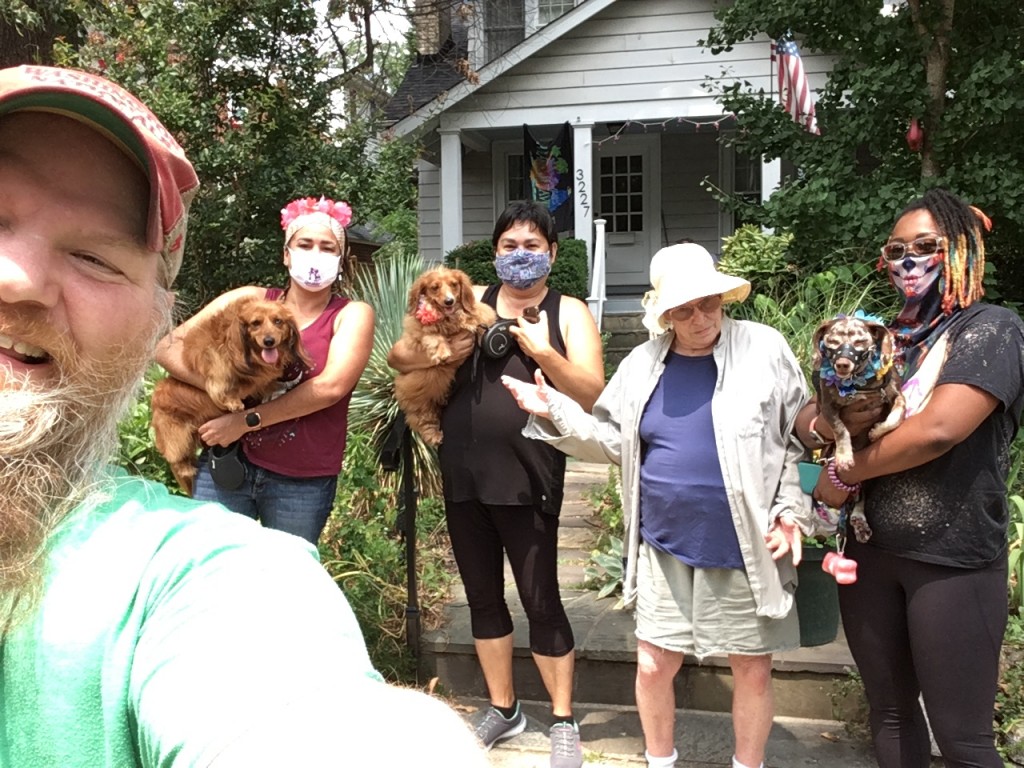 Ted Hobart (left) with his mom (in the white hat) and neighbors. Courtesy photo.

With his mom, Johanna Ulmer, about to turn 80 in July, pandemic safety concerns prompted Ashton Heights resident Ted Hobart to rethink plans for a celebration. Restaurants and large social gatherings were out, but he wanted to make her smile.

He considered his mother’s fondness for dachshunds—those waddling canines with the long torsos and short legs, sometimes referred to as “badger dogs” in reference to their ability to root out woodland animals from burrows. (Dachshund translates as “badger dog” in German.) 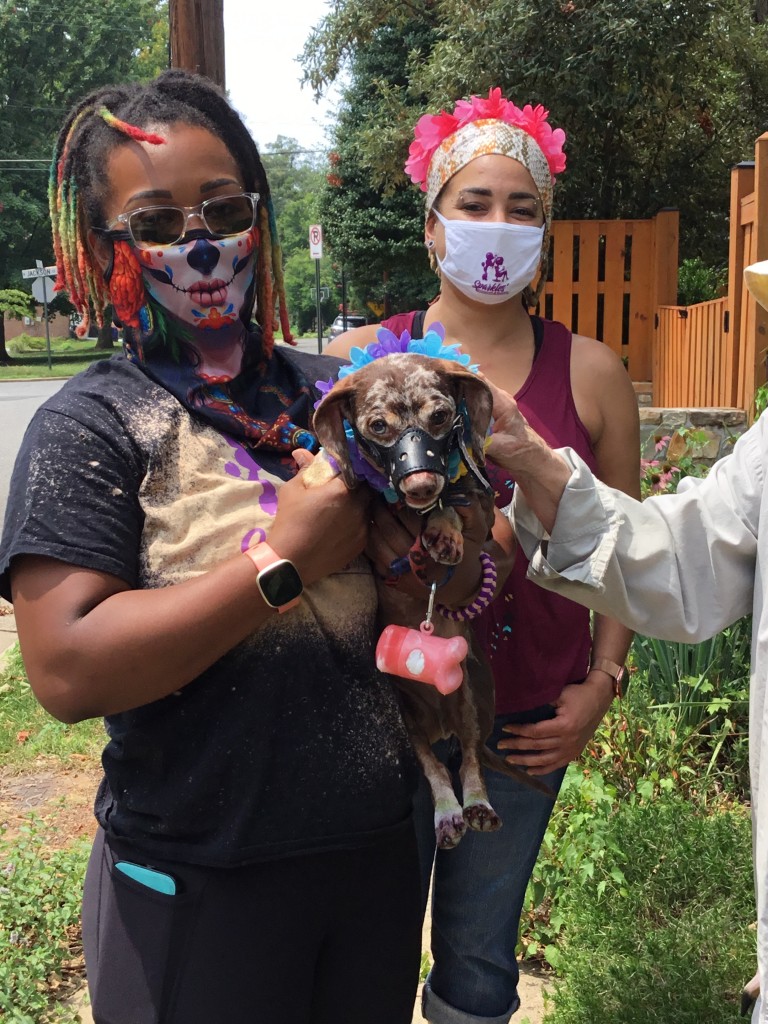 Though she is dogless these days, Ulmer had the low-lying pooches as pets from girlhood into her adult years. When they were kids, Hobart and his sister received dachshunds named Bridget and Alice for their birthdays. “We were,” he says, “a dachshund family.”

Hobart took to social media and posted a request for help in orchestrating a “Diva Dachshund Parade.” When several neighbors responded with photos of their pups, he had his lineup.

Days later, three little dachshunds—Tiger, Maisey and Tallulah—shimmied their way to the house Hobart shares with his mom, who was “overjoyed” by the surprise. A fourth dog, Leia, wasn’t able to make it to the party, but her owner marked the occasion by posting a photo of Leia wearing a party hat.