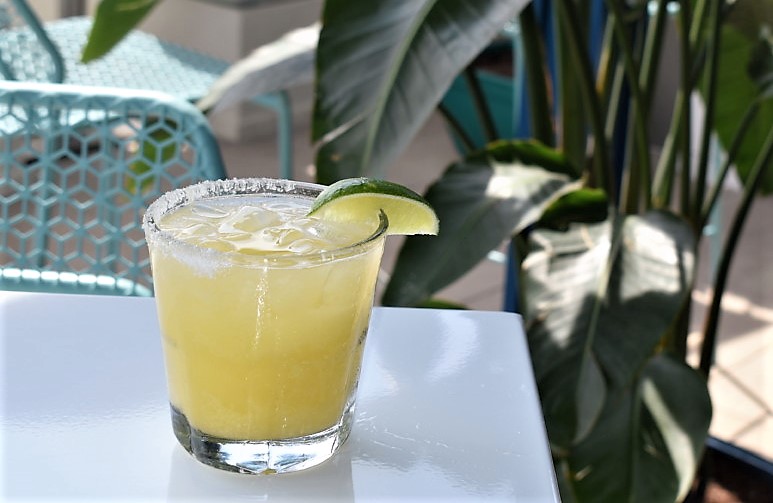 Margaritas can be customized with seven different house purees. Photo by Eliza Berkon.

Welcome to Buena Vida Social Club, where a short elevator ride will take you to a paradise of banana palms, hibiscus and an abundance of turquoise.

As the final piece of the latest dining trio from restaurateur Ivan Iricanin (Ambar, Baba)—which began its rollout earlier this year with Buena Vida and TTT—the rooftop bar and restaurant is now installing its last few sun umbrellas and awaiting a delivery of misters in the days just before its June 10 opening.

“TTT is very much street food and Mexico City; it’s very much a city concept. And then when you get up to Buena Vida, you start going to Tulum and going to the beach,” says interior designer Nya Gill, who worked in collaboration with architecture studio Hapstak Demetriou on the design of all three restaurants, as well as Ambar and Baba (she’s also Iricanin’s wife). “When you get up here, it kind of blows out the beach—we’re going for Acapulco, 1960s.” 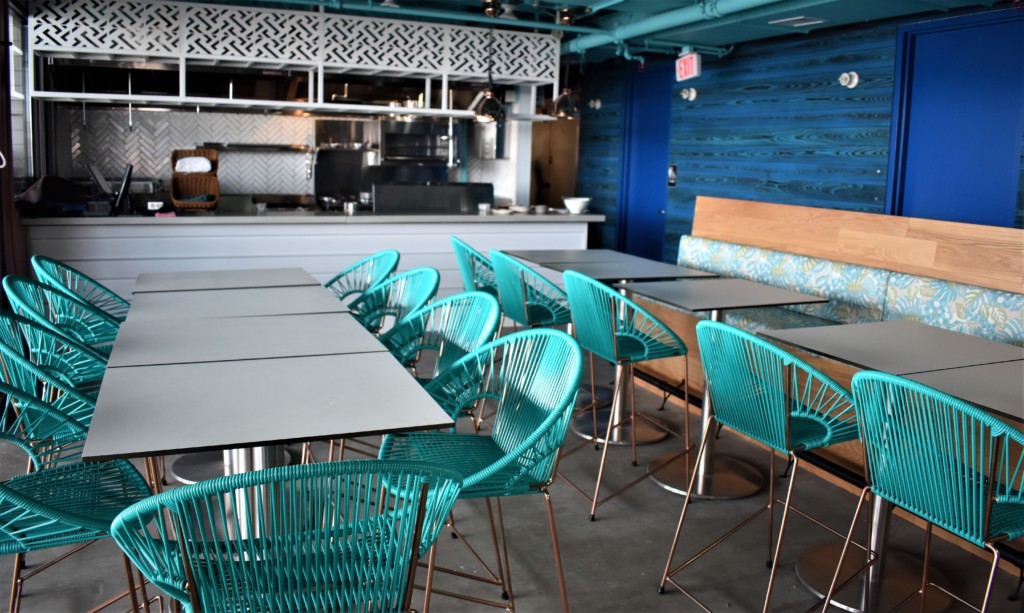 It’s not hard to picture Don Draper ambling up to a seat at this bar and ordering a Negra Modelo. A mere year ago, the roof of the former La Tasca restaurant was all HVAC units and electrical equipment. Today, it’s an unfussy, 4,700-square-foot rooftop bar with four discrete spaces for sharing happy-hour office gossip and, soon, a cocktail over brunch.

The elevator opens up to a climate-controlled room beside the rooftop kitchen. A large garage-style door then opens up to an outdoor canopied area with low-back stools and highboys, bookended by two bars, plus a row of booths with a prime view of the Rosslyn cityscape. But perhaps the most inviting area is the lounge, featuring a U-shaped sectional and tangerine-cushioned seating along the perimeter. 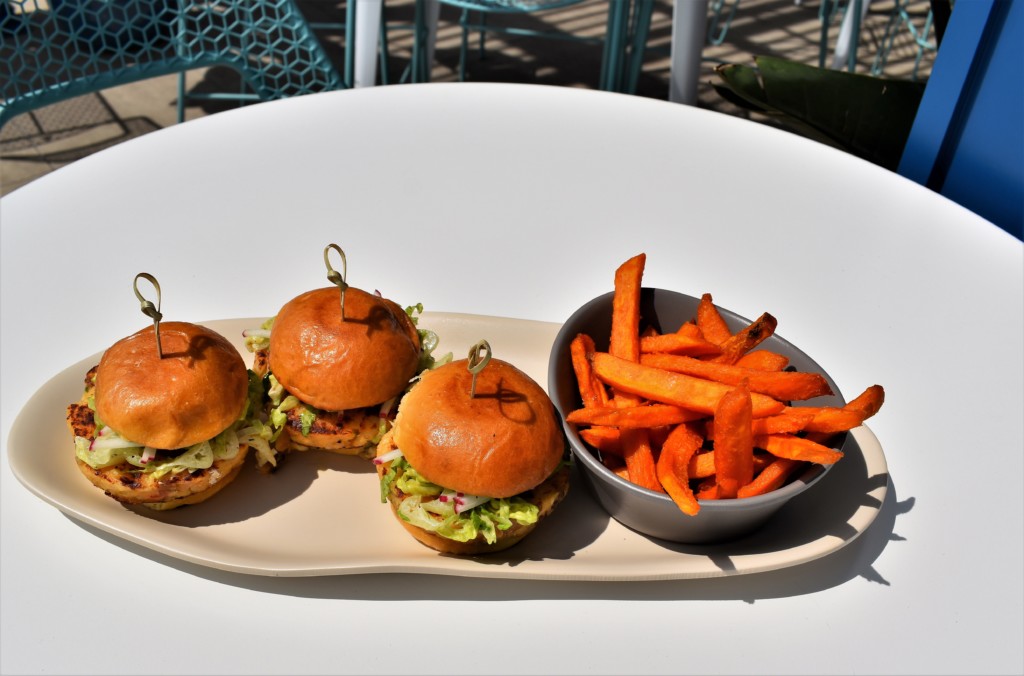 The rooftop menu is entirely different from the menus at TTT and Buena Vida on the two floors below, we’re told, though it, too, is overseen by Mexico City native and chef Gerardo Vázquez Lugo. It includes a handful of empanadas and tostadas, including a beetroot and goat cheese option for vegetarians, as well as not-your-garden variety sliders (smoked fish burger or rib eye burger with fundido).

Margaritas are sweetened with agave syrup and can be customized with one of seven flavor variations from house-made purees, including tamarind or grilled peach and basil. The spritzers also look like a good bet for scorching days, and appear relatively light. (The American Spritzer consists of aperol, grapefruit, club soda and lemon juice.)

And don’t miss out on the imported Topo Chico mineral water served with lime, which this writer found particularly refreshing as an early-summer breeze blew past.