Your Teen Needs a Job? There’s a Website for That. 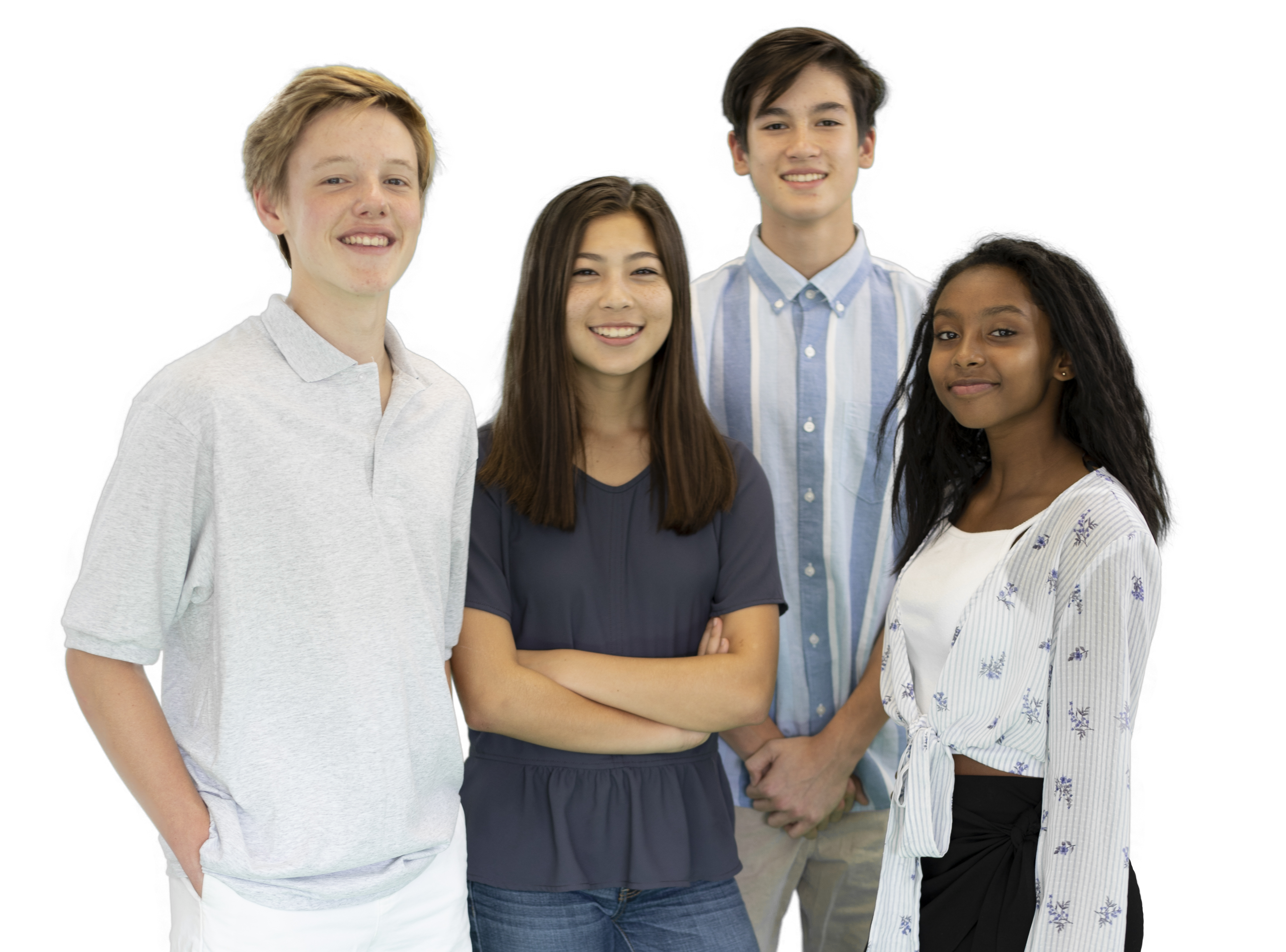 “The world has evolved,” says Christine Wisecarver. “We have to mold with the times.”

Wisecarver, an optometrist and mother of two, worked at a hardware store in her youth. But today’s employment landscape looks a lot different for teens who are juggling multiple commitments, from extracurriculars and AP classes to community service projects. Finding time to re-stock those Allen wrenches seems nearly impossible.

Indeed, summer employment among teenagers has been on the decline nationally since 2000, with only modest gains since the economy began to recover from the Great Recession a decade ago.

Enter Ollie, an online network Wisecarver founded to help connect teens with employment and volunteer opportunities that officially gets off the ground in early July. Named for a skateboarding launch technique, it’s a sort of Care.com for young job-hunters.

“It’s really bringing teens into the whole gig economy and helping them create a work experience that could fit within their activities or busy lives that they already have,” the Arlington resident says.

The venture, which evolved over the past two years, was inspired by a relationship between Wisecarver’s elder son, Ashton, and the older twin brothers of his friend. Both twins played on travel sports teams and served as athletic mentors to Ashton. In observing their interactions, Wisecarver spotted an opportunity to help facilitate mentorship and job opportunities for other Arlington teens, no matter their level of expertise.

“It doesn’t take an AP student, honors student or a varsity athlete to be able to show something to a younger kid,” she says. “Every teen has value.” 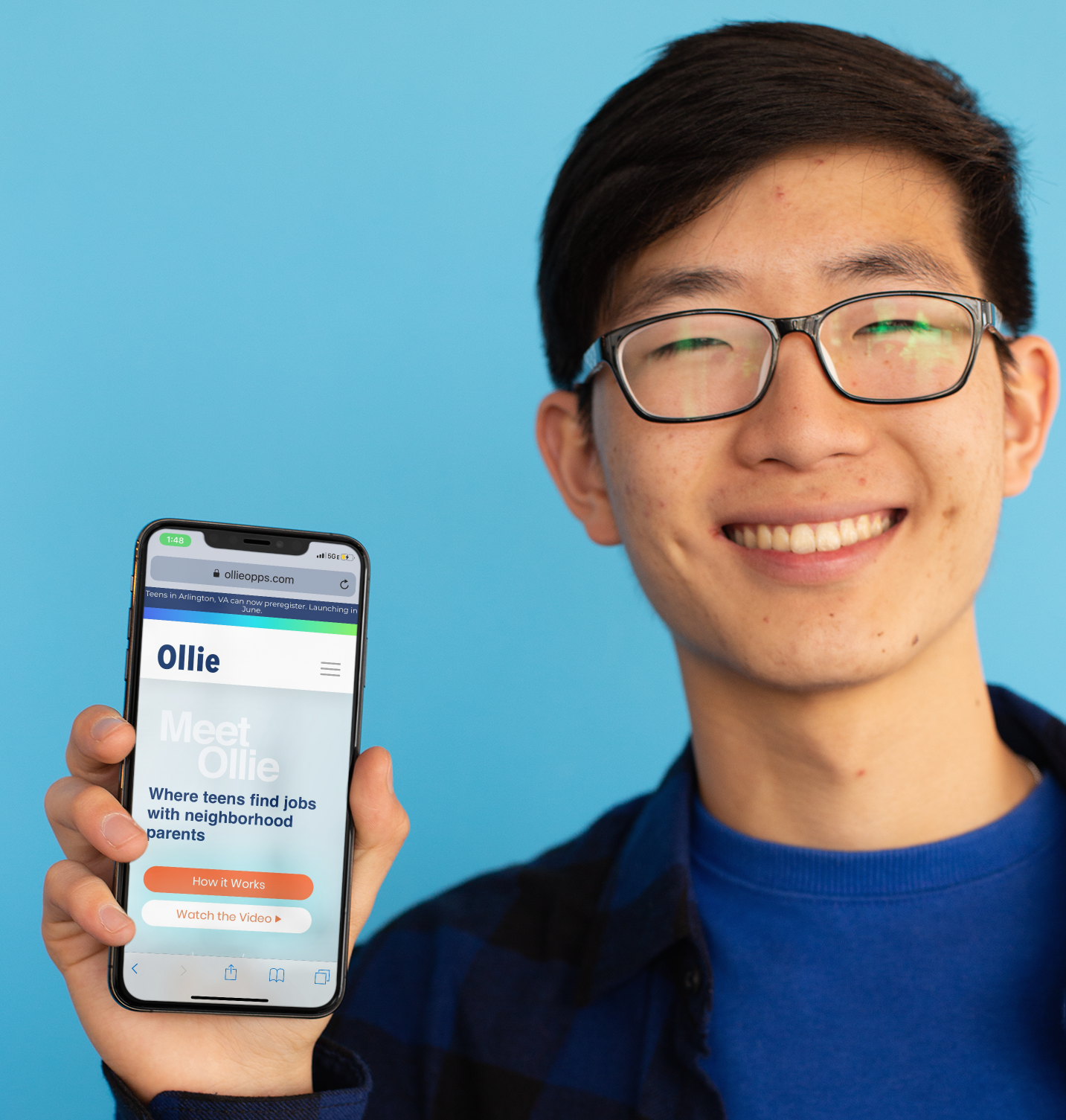 Ollie, a for-profit company, classifies work opportunities into more than 80 categories, all under the umbrella groups of academics, hobbies, household jobs and sports. To use the app, teens ages 13-19 create an online profile (which must be authorized by a parent) that includes their skills and interest areas, from cartooning to lacrosse to babysitting.

They then search for nearby jobs or volunteer opportunities (the latter feature will launch this fall) posted by local parents, with whom they can directly arrange compensation. Both parties also review each other with a star system. And as users log time with odd jobs, mentorships and the like, the platform converts the data and reviews into a one-page infographic they can utilize for future pursuits.

“It’s not just about the odd job; it’s about the networking that happens before, during and after—and really building a sense of community and mentorship and volunteerism,” Wisecarver says. “This is really helping teens to grow in a different way, and helping them think of themselves as entrepreneurs and how they can market themselves.”

There’s also a social-networking aspect to the platform. Teens can find peers and parent mentors by searching for users’ interests and education history. For example, a teen seeking a career in healthcare can use the app to arrange a meeting with a parent whose background is in the industry.

So how much does the program cost? Wisecarver is piloting Ollie in Arlington and teens can now pre-register and get their first year free. After the early-registration period, teen users will pay $10 per year to use the network (which includes parental access) and adult employers will pay $35 per quarter or $59 per year.

And as far as safety and privacy are concerned, Wisecarver says the company does not screen users but takes precautions such as shielding last names and street addresses from view and offering safety resources on its website. Parents also have total access to their children’s accounts.

“Current social media is focused a little bit more on popularity and ‘likes’ and how many shares and friends you have,” Wisecarver says. “I’m glad to have a network where teens get their self-worth from doing good and helping others.” 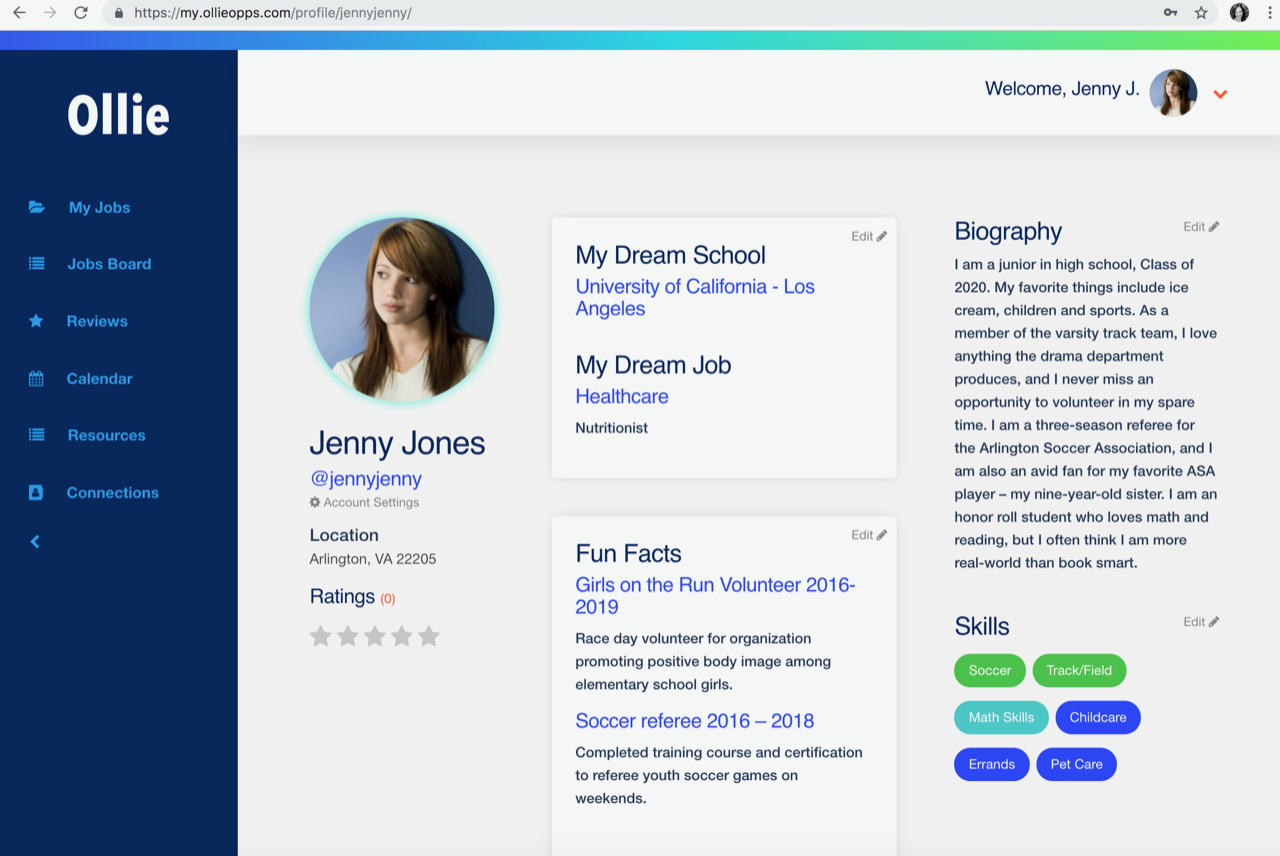 Last names are only visible to the profile holder; other users see a first name paired with a last initial. (Photo courtesy of MtoM Consulting)