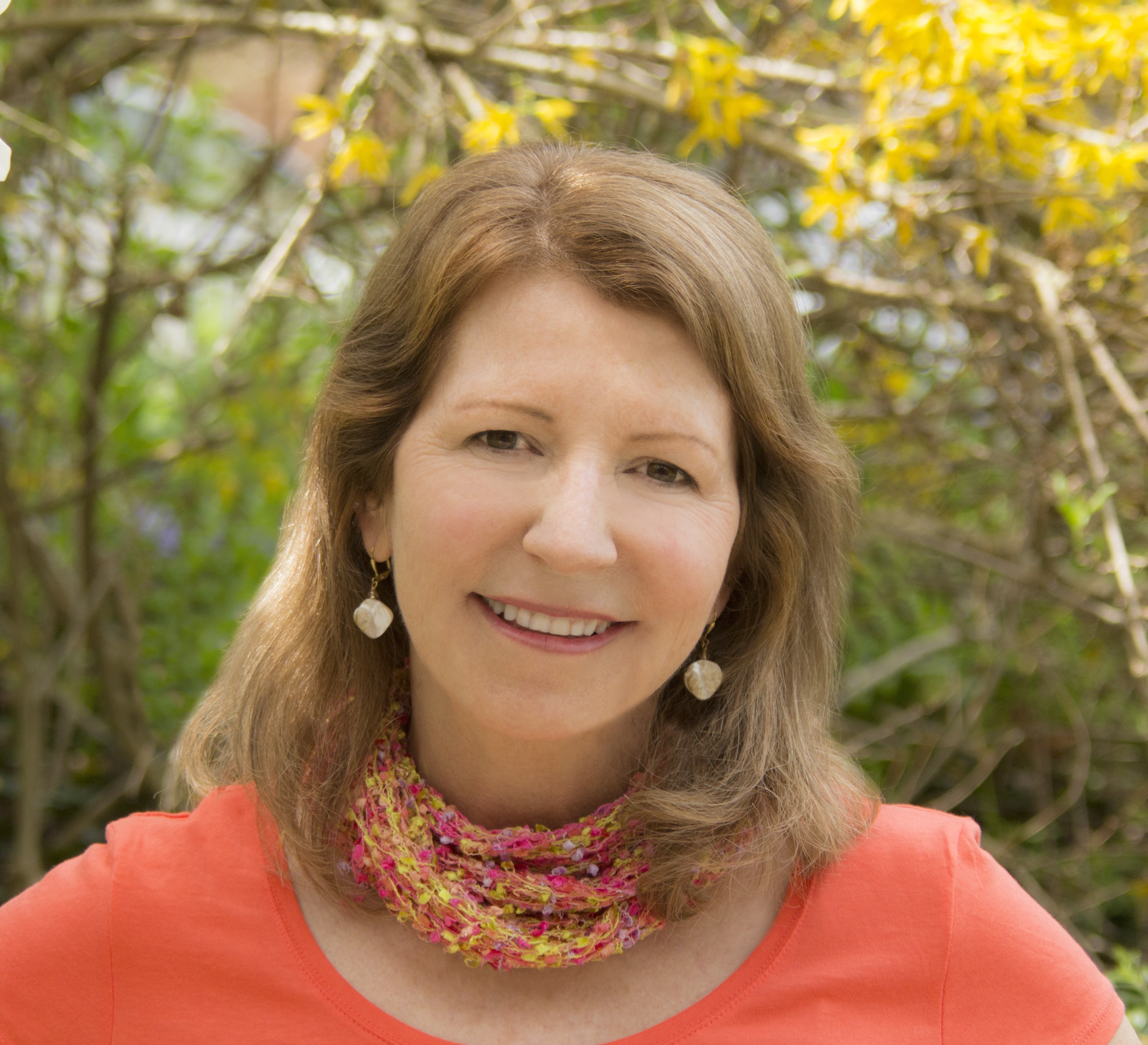 The first thing Karen Bate wants to discuss when she joins me at Trade Roots in Westover is green tea. She’s reading a book on ikigai—the Japanese notion that basically means “reason for being” and, with hygge, may have been one of 2018’s most popular imported lifestyle trends—and says the Japanese community where it began is loaded with centenarians who swear by daily green tea.

As I regret my latte order and make a mental note to ingest more antioxidants, Bate speaks with energy and enthusiasm about how she got where she is today: a successful business owner, mentor and mom of five.

The East Falls Church resident—by way of Lincoln, Rhode Island—worked as a freelancer in journalism and public relations while raising her three daughters (she also became a stepmom to two more daughters later in life) before taking a job as PR manager of affordable-housing developer AHC in 1998. In 2007, she founded her own firm, KB Concepts, which provides strategic marketing and social media support for small businesses and nonprofits. Since then, she’s built her brand as an influencer in the local entrepreneur sphere, graduating in 2010 from the Leadership Arlington program (of which Arlington Magazine publisher Greg Hamilton is a 2014 graduate, former board chair and current board member) and launching Awesome Women Entrepreneurs (AWE) with co-founder, graphic designer and running partner Evelyn Powers in 2014. 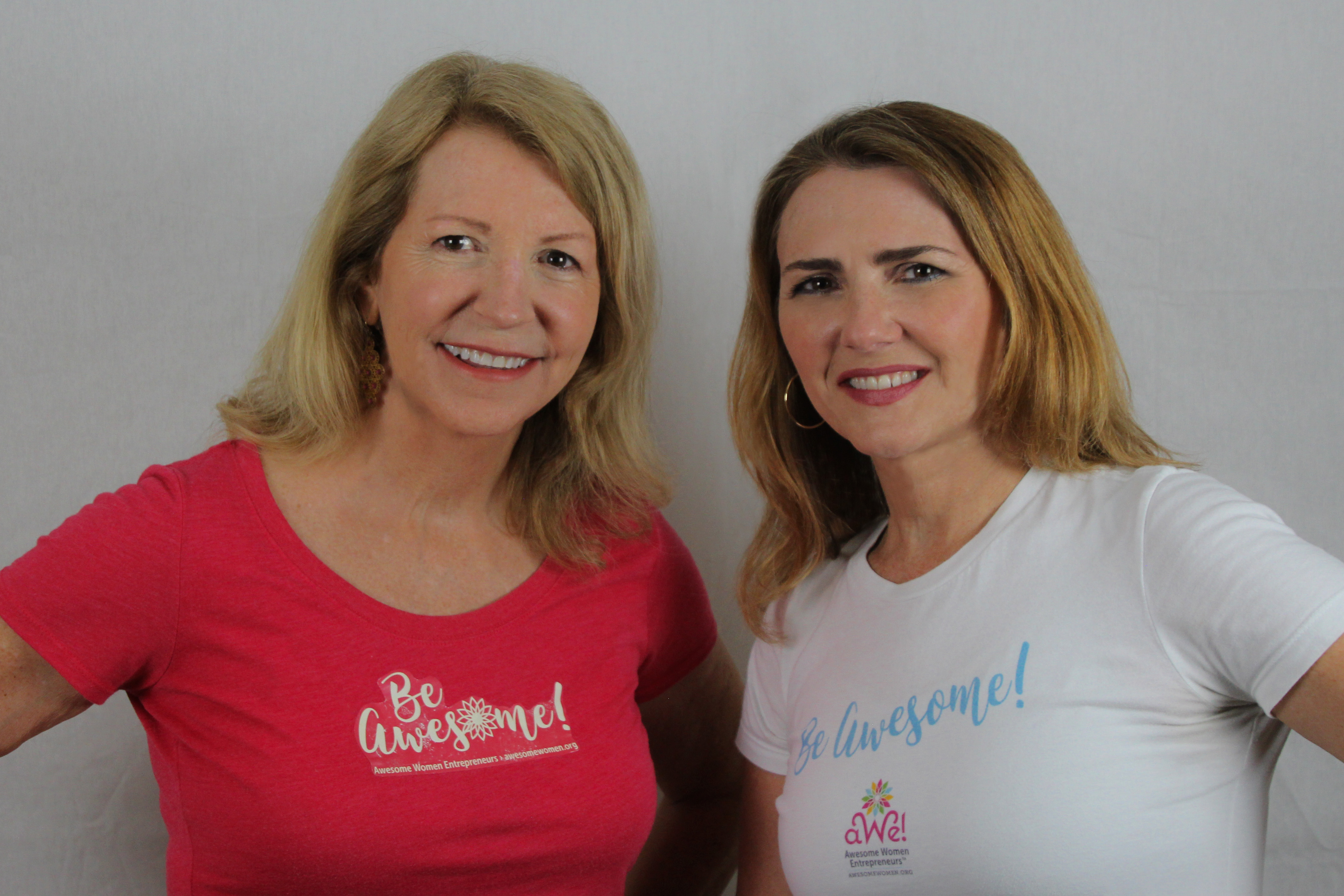 “There was a need for women business owners to have a way to get together and support one another,” Bate says. “Entrepreneurship was really taking off as an option, especially for women with kids and people who wanted flexibility in their lives. And the corporate workplace just simply wasn’t providing any of that.”

AWE launched its first chapter in Arlington and later expanded to D.C., Vienna/Tysons, Bethesda, Prince George’s County and, most recently, Old Town Alexandria. To help promote its mission and capitalize on Bate’s background as a radio journalist (she was a news anchor and reporter at a Rhode Island station in the early 1980s), the organization started a live radio show on WERA 96.7 Arlington in 2016, boasting 170 episodes to date.  (Interviews are also available via the AWE podcast introduced in 2017.) Guests have included model Tameka Jones-Young, radio/podcast personality Sarah Fraser and bestselling author Margie Warrell.

As Bate takes another swig of her blueberry green tea, I let her know it’s time to field as many burning questions as possible in a 10-minute window. She’s game. 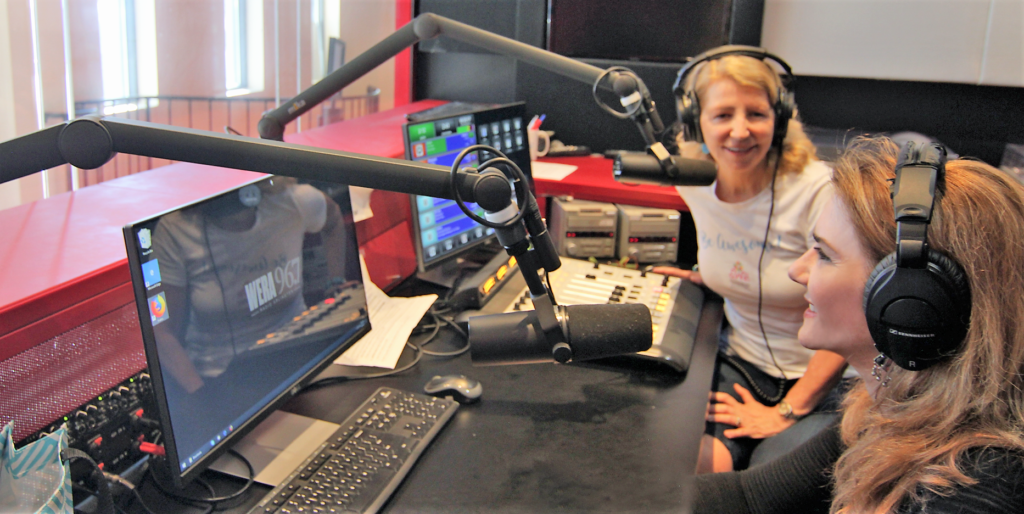 In the sound booth at WERA 96.7. (Photo courtesy of Karen Bate)

Favorite thing to see in your Facebook news feed: It used to be pictures of my kids, but they’re not on Facebook anymore. So now it’s good news about women-owned businesses in Arlington.

Least favorite thing: Upsetting political news, which of course there’s way too much of these days.

Got any pets? Miss Kitty Fantastico, named after the cat in Buffy the Vampire Slayer.

Prefer to buy or make them yourself? Myself.

A source of inspiration: You just have to look around Arlington; I find inspiration through all of the amazing women entrepreneurs and teen entrepreneurs, and young people who are really passionate about what’s going on in the world and finding solutions.

Run, spin, yoga or none of the above? Run, yoga and BbG Outdoor Fitness three times a week.

Best thing about hosting a radio show: The guests. Everybody has a story, and they’re often about overcoming great challenges.

Most likely to be played in your car: NPR

Garden much? I do garden; I grow vegetables. Right now I have zucchini, carrots, herbs and potatoes. I do container gardening.

Best local mani-pedi: Purity Organic Nails in Falls Church. I got this there. [She holds up a fresh turquoise pedicure.] 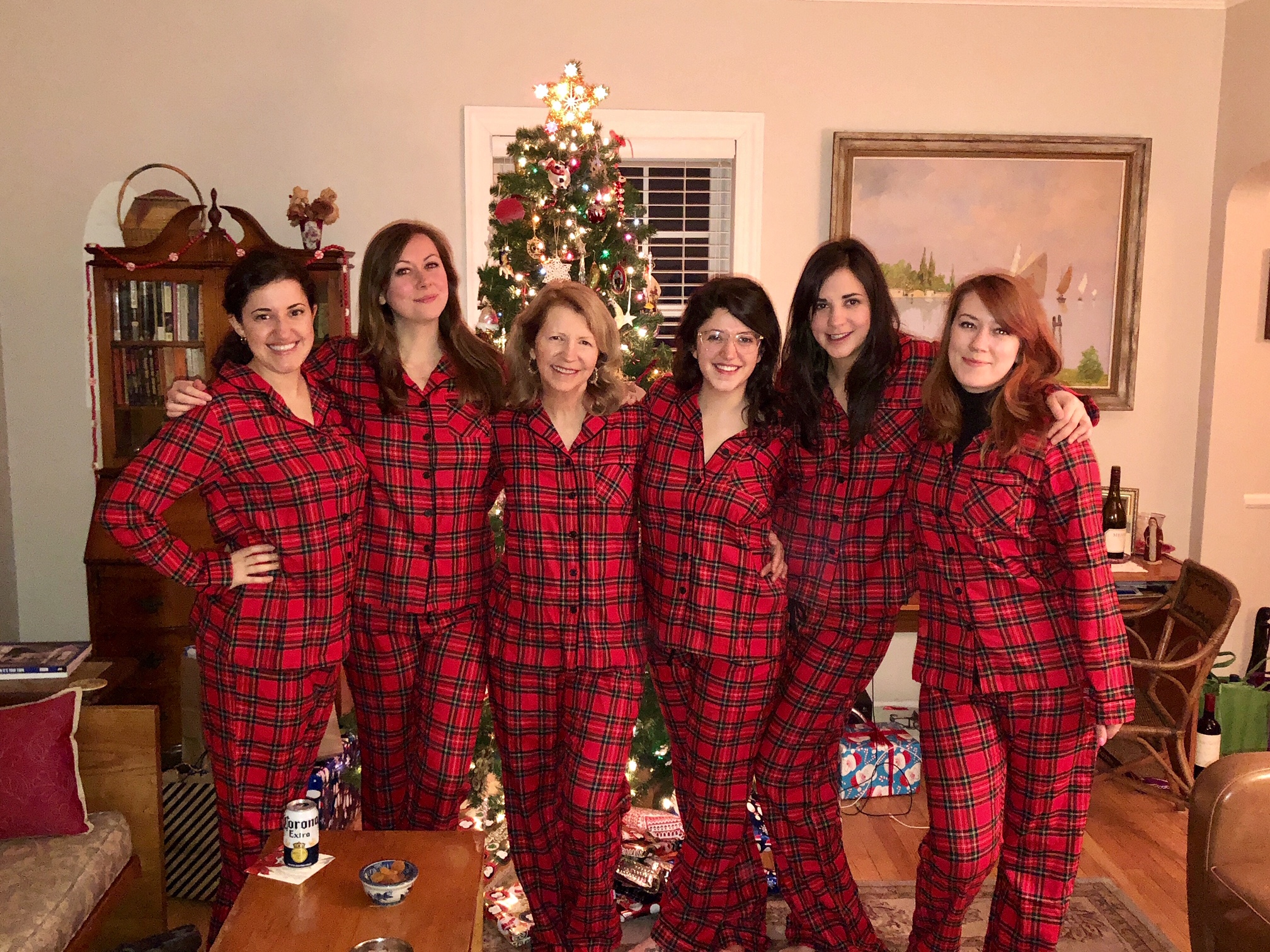 Bate with her brood, from left, Cassie, Catherine, Maddie, Nickie and Amanda (Photo by Steve MacDonald)

Crate and Barrel or vintage? Vintage. I pretty much trash-picked half of my furniture. If you go out the night before trash day, you get a lot of great stuff. Though I’m now in a de-cluttering mode.

If you weren’t hosting a radio show on female entrepreneurs, you’d be hosting one on: Great books. I’m currently reading a book about someone who supposedly discovered a new manuscript by Dr. Watson about a case with Sherlock Holmes, The Seven-Per-Cent Solution. I’m on a mystery kick, including Louise Penny’s Still Life and The Silent Patient by Alex Michaelides.

People would be surprised to learn this about AWE: How supportive we are—we are not about competition.

Fried Twinkies or fried Oreos? Oh God, neither. I couldn’t eat either one of those.

It’s early, but … Kamala or Elizabeth? I love them both—that would be an awesome ticket.