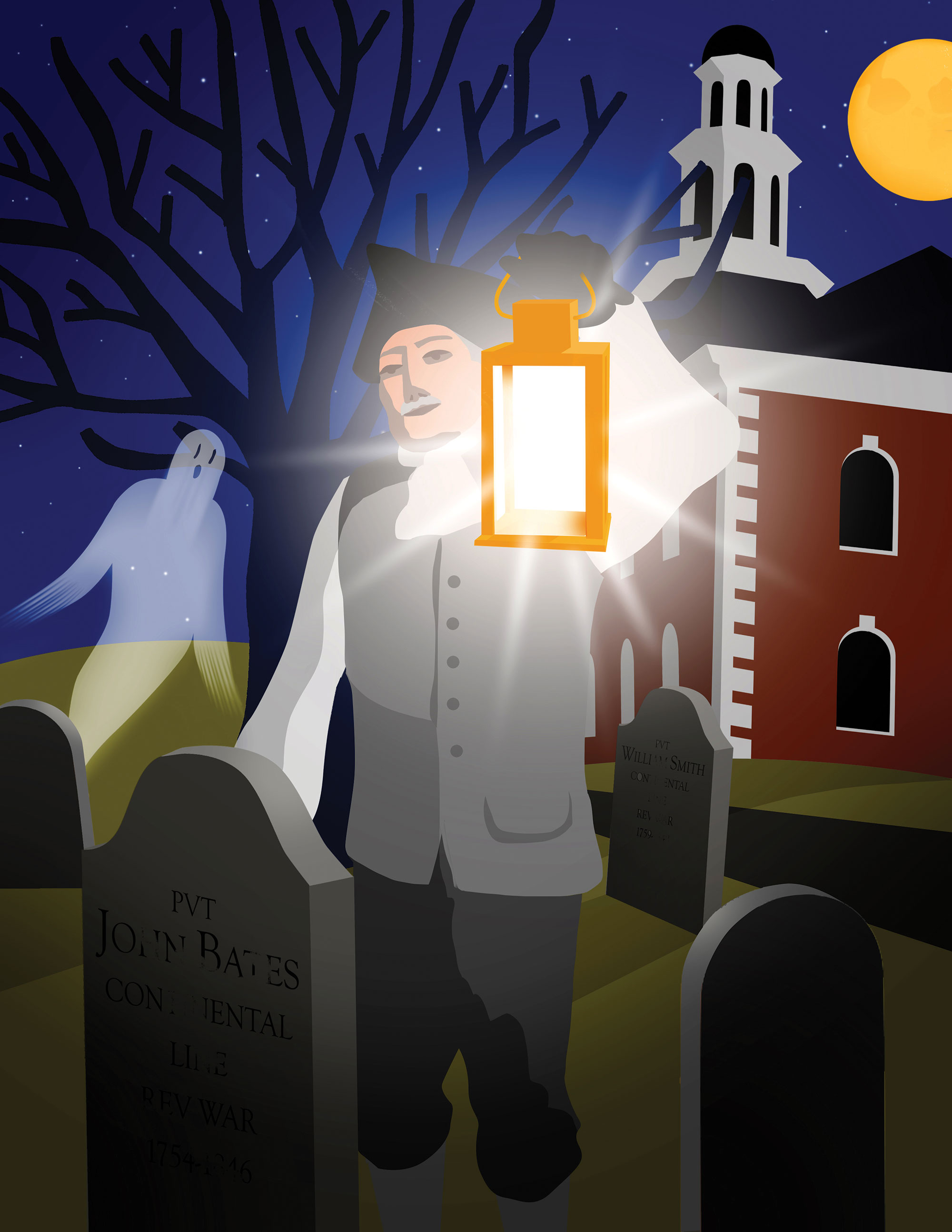 Do you believe in ghosts? According to a 2013 HuffPost/YouGov poll, 45 percent of adults do, and nearly a third of those surveyed claim that they’ve actually seen a specter.

Whether you’re a believer or not, fall is an ideal time to take a ghost tour, especially when the moon is full and leaves crackle underfoot. You probably won’t meet any actual spirits on these walking tours, but you will hear stories about the houses, streets, taverns and hotels they’re said to still inhabit—and along the way, pick up some juicy gossip about historic places. “Our ghost stories center on unfinished endings, broken relationships, things left unexplained,” writes Colin Dickey in his book Ghostland, a study of haunted places in America. “They offer an alternative kind of history.”

It’s true, for example, that when the U.S. Capitol was being constructed in the 1790s, cats were brought in to control a growing rat problem. But does one demonic black cat remain, terrorizing security guards by growing to tiger size and springing at them with a roar, only to vanish when they scream? Whether fact or fancy, it’s a tale worth pondering as you stroll through the shadows on a chilly evening.

Put these five ghoulish tours on your seasonal “fun things to do” list.

This quick, one-hour tour is so popular that on weekends around Halloween, several different guides from Alexandria Colonial Tours lead concurrent groups around Old Town, using multiple routes. No matter which route you take, you’re guaranteed to end your evening by being abandoned in a graveyard. (Old Town has several historic resting places.) Each route features its own set of stories.

Dressed in period costumes and swinging candle-lit lanterns, the guides tell ghost stories from the town’s Colonial history, as well as tales collected from local residents about their centuries-old homes. Fans of the PBS series Mercy Street might get to visit the site of the real Civil War hospital profiled in the show, a hotel that stood in front of the Carlyle House on North Fairfax Street. Unlike the U.S. Capitol, the Carlyle House is not believed to be haunted by a cat, although the remains of one were found in the building’s foundation during renovation work in the 1970s. (In 1751-53, when the house was built, the British custom of burying a cat was thought to bring good luck.)

Some tours pass by Gadsby’s Tavern, where in 1816, a young woman died of cholera soon after arriving in town. Her grieving husband refused to reveal their family names, so her tombstone in the Wilkes Street Cemetery Complex reads, “To the memory of a female stranger.” You can still see her grave today, although the townspeople who erected the elaborate marker got a surprise when it was finished—the banknote the husband used to pay for the work turned out to be forged.

Alexandria Colonial Tours runs its Original Ghost & Graveyard Tour from March to select dates in December. In October, the tour takes place every night at 7:30, with an extra walk leaving at 9 on Friday and Saturday nights. Tours begin at the Alexandria Visitor Center at 221 King St. in Old Town. Tickets are $15; $14 for seniors and military; $10 for children; and free for kids 6 and under. Children must be accompanied by an adult, and the company says the tour is most appropriate for ages 9 and older. You can reserve and buy tickets online, or pay in person at the Visitor Center. For more information, call 703-519-1749 or visit alexcolonialtours.com.