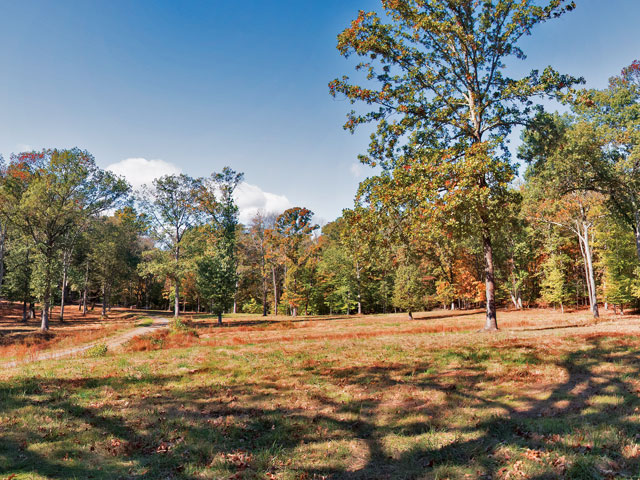 Among the many Civil War sites in Virginia, Ball’s Bluff Battlefield and Cemetery in Leesburg is a hidden gem. Tucked into a suburban development, this riverside regional park offers history-minded hikers both varied trails and interpretive markers that describe the early-war battle that took place here. 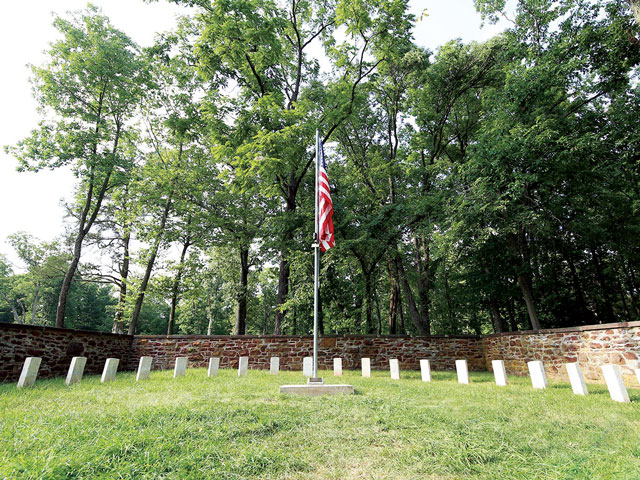 The cemetery at Ball’s Bluff. Photo courtesy of NoVA Parks

On Oct. 21, 1861, Union forces under Maj. Gen. George McClellan, attempting a reconnaissance of sites along the Potomac River, were easily repulsed by a Confederate regiment, resulting in the death of Col. Edward Baker, a U.S. senator, among others.

Today, a memorial to Baker, along with a small stone-walled cemetery containing the mostly unknown remains of Union soldiers who perished in the battle, are among the many historic stops awaiting hikers at Ball’s Bluff. A series of interconnected and colorfully blazed trails weave up and down through the park’s forest topography, making it easy for hikers to extend or shorten their trip as they wish.

Because of the park’s small size (76 acres), bounded on one side by suburbia and the other by the Potomac, it’s nearly impossible to get lost. Kids will love literally choosing their own adventure among the different paths through the woods. 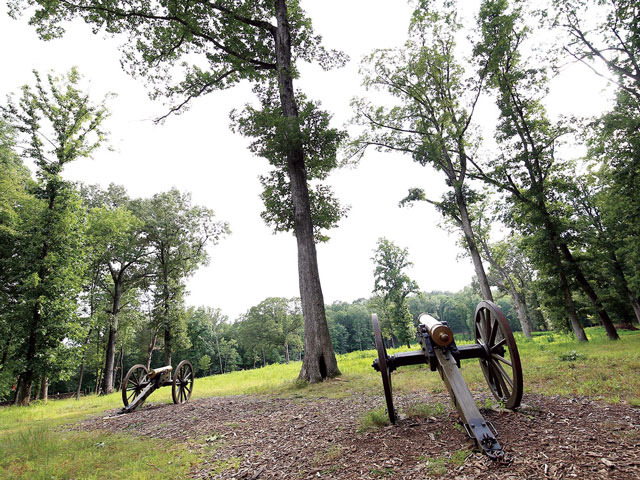 Along the river, where the bluff at the water’s edge can be seen, springtime brings a profusion of Virginia bluebells, whose bright green leaves and delicate blue-lavender flowers are important for native bees and butterflies.

The river, usually calm and shallow, is actually a side channel of the Potomac passing between the park and Harrison Island. Tree branches twist and bend toward the river, including one downed, overhanging tree that dares brave souls to walk out as far as they can over the water. Be careful, or you’ll go home wet. 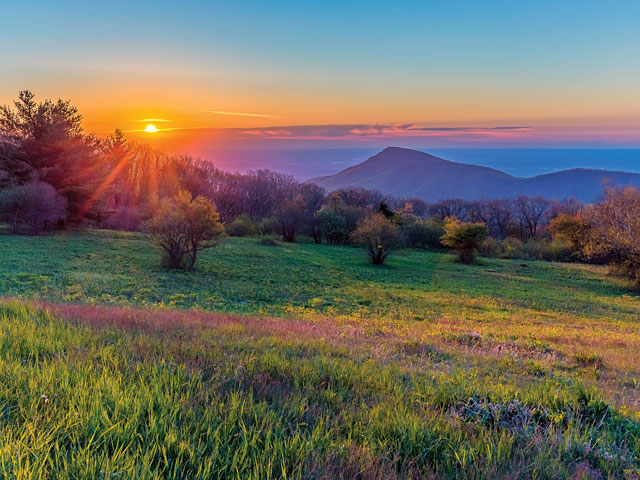 A view of Old Rag from Skyline Drive. Photo by Lukas Schlagenhauf

Of all the hikes in Virginia, Old Rag is a rite of passage. The granddaddy. The classic mountain rock scramble at Shenandoah National Park that is perennially popular. As a monadnock (meaning an isolated mountain or rock formation), Old Rag stands just east of the main ridge of Shenandoah and is a landmark visible from portions of Skyline Drive. Most hikers access the trailhead from a parking lot at the base of the mountain off Madison County state Route 601. Hikers can opt for a longer but (slightly) easier 9-mile circuit hike to reach the summit, or a 5.5-mile out-and-back hike. 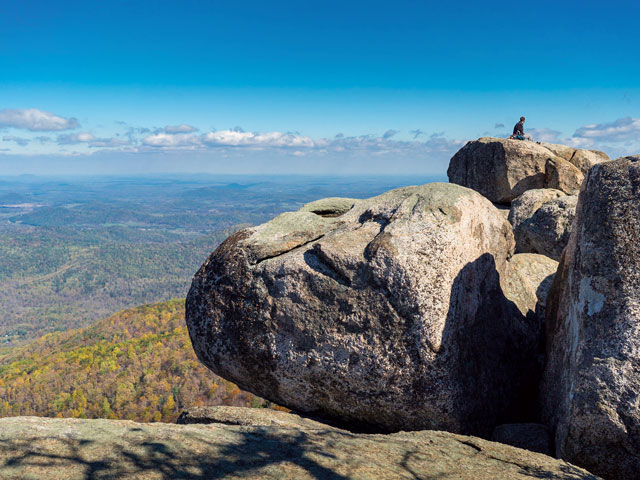 The trail to the summit of Old Rag starts out like many Shenandoah trails—tree-shaded and slightly rocky. Before long, however, hikers come to the scramble, a long section of exposed rocks and boulders, which you often have to use all four limbs to get over, under and around as you proceed to the summit. Speaking of which, Old Rag plays dirty with a series of false summits that will elicit laughs or groans, depending on how much your muscles ache. Topping out at 3,291 feet, Old Rag’s true summit offers a well-earned reward: a 360-degree view of the Virginia countryside, as far as the eye can see. 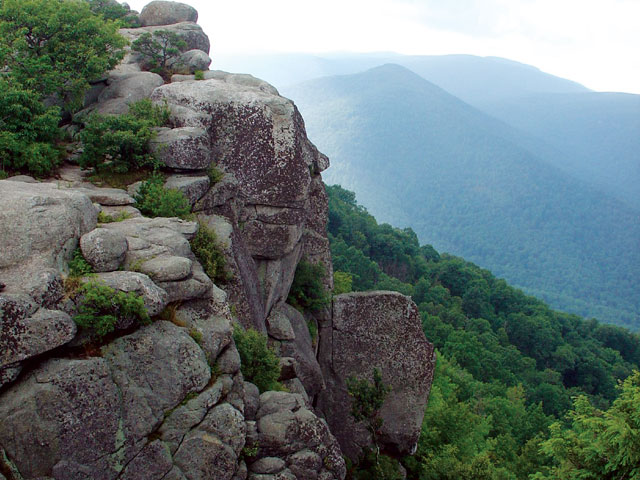 The view from
Old Rag. Photo courtesy of Chapman via Flickr

As for difficulty, the National Park Service pulls no punches, calling Old Rag the park’s “most popular and most dangerous hike.” Sturdy hiking boots and ample water and snacks are a must, and you should plan to start as early as possible or risk meeting a full parking lot at the trailhead. Trekking poles might be useful on the lower trail portions, but they should be collapsible and packed away during the harder sections to keep hands free for scrambling. Old Rag is doable for adventurous kids, but only those who are big enough to navigate tricky sections, stay on trail, follow directions and enjoy a long, challenging day of hiking.