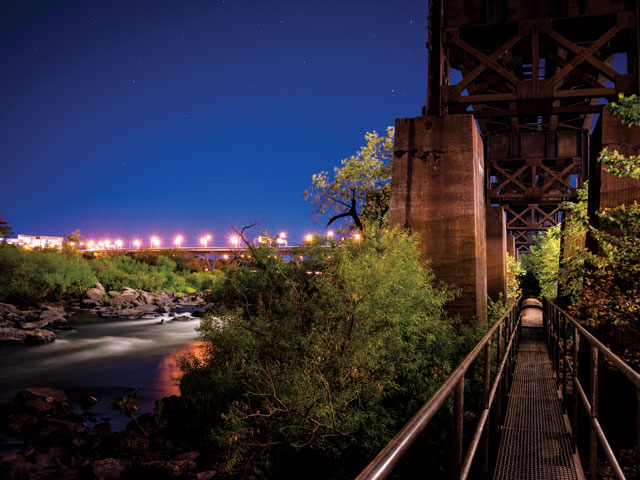 Only a few blocks from the Virginia State Capitol building in downtown Richmond sits one of the most unusual hikes in the entire state. The James River Pipeline Walkway is a metal catwalk that runs beneath a CSX railway viaduct and alongside a section of river rapids—providing an exciting juxtaposition between wild nature and an industrial urban environment. Because the catwalk usually sits just above the waterline, it provides hikers with an up-close view of one of Virginia’s most historic and scenic rivers. 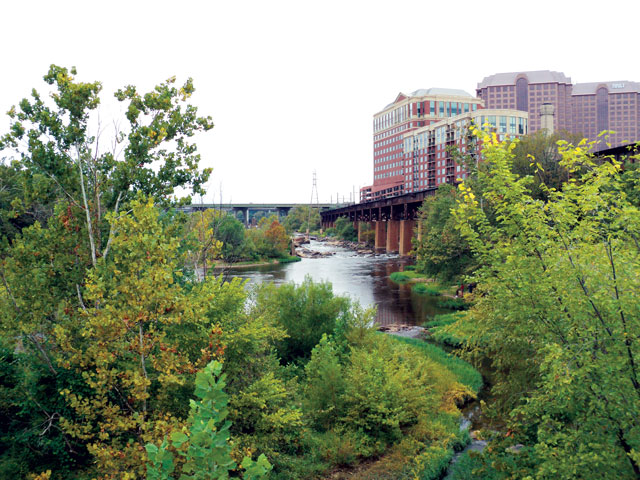 A view of Richmond from the pipeline. Photo by Patrick Crean

Accessible from a parking lot near the intersection of East Byrd and South 12th streets, only about a 10-minute walk from the Capitol grounds, the half-mile pipeline trail will weaken your knees during periods of high water as you pass by Class 3 rapids, the water foaming and churning and rushing past at an incredible speed. Sometimes, it roars so loudly that hearing your hiking companions will be a challenge. Yet tranquil spots can be found along the pipeline as well; the route passes near a small island that shelters nesting sites for great blue herons. A small swimming hole and beach near the trail’s downstream end offers hikers a chance to get their toes sandy, too.

Although the walkway has metal railings on either side, note that there are wide gaps, so it’s important to mind smaller children. Eventually the railings end, even though the trail continues, requiring extra care beyond that point. Sometimes, the water is so high that it’s over the pipeline—that’s your cue to turn around.

The walkway is itself part of the 550-acre James River Park, which includes shoreline areas, islands, wetlands, trails and other places for a variety of recreational activities. 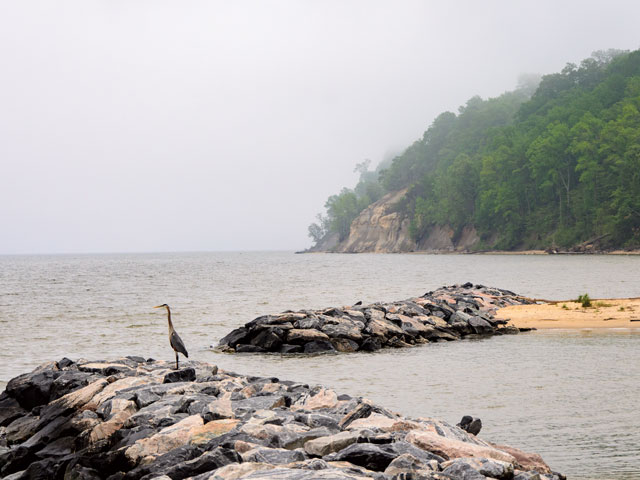 Dramatic cliffs, sandy beaches, sharks’ teeth and fossils: This could be the description of a Steven Spielberg movie, yet these are some of the real-life features awaiting hikers at Westmoreland State Park in Montross, along Virginia’s Northern Neck. 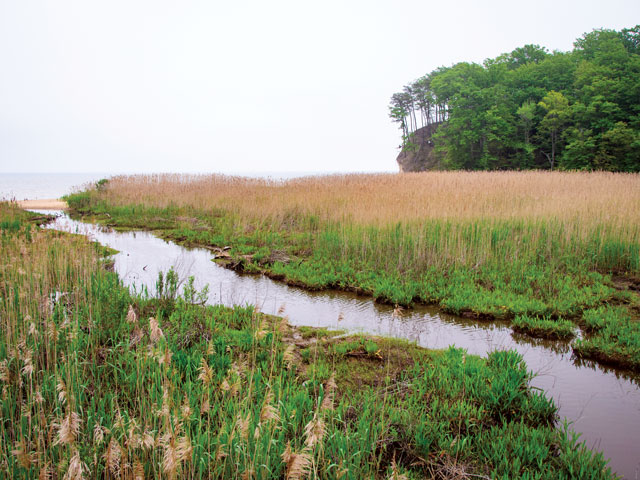 Dating to the 1930s and boasting a mile and a half of Potomac River frontage, Westmoreland was built by the Civilian Conservation Corps (CCC) as one of the state’s six original state parks. More than 6 miles of footpaths, originally dug by hand, take hikers through a surprisingly diverse forest landscape. Most of the trails are easy to moderate in difficulty, and a flat fitness trail along the park road features a series of exercise stations. 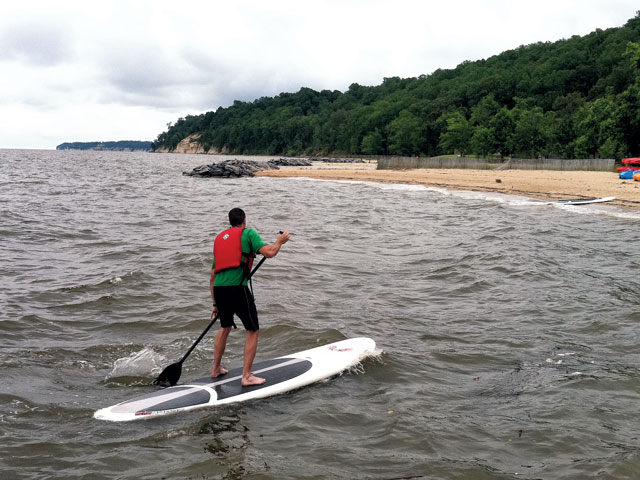 Photo courtesy of Virginia Dept. of Conservation and Recreation

The park’s Turkey Neck Trail, for example, is a 2.3-mile loop that passes through a forest of deciduous and evergreen trees, including abundant American hollies, before taking a dramatic drop down toward the river. A boardwalk path traverses a marshy lowland section that is full of the common reeds also known by their scientific name, phragmites. (Although picturesque, phragmites are an invasive species and the park occasionally attempts to control them.) 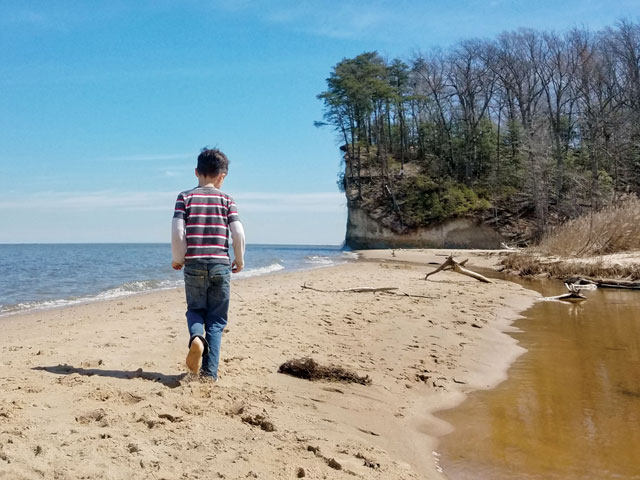 Past the marsh, hikers can kick off their shoes at Fossil Beach, which affords stunning views of the Horse Head Cliffs, rising as high as 150 feet above the water, as well as a panoramic look at the river, which stretches more than five miles across at this point. Here’s your chance to search the shoreline for fossilized sharks’ teeth, thought to date back 15 million years when the area was covered by a shallow sea.

History buffs will appreciate that several CCC-built log cabins still exist for visitors to rent. Birders will find much to love here, too, in the form of the resident bald eagles, osprey, kingfishers and other species. The park also has a visitor center, boat launch, playground, fishing pier and Olympic-size swimming pool, available in summer months.

An avid hiker, Kim O’Connell has been a writer-in-residence at both Shenandoah and Acadia national parks.