9 Things Your Teens Wish You Knew

Parents, here's your annual performance review. We asked teens in Arlington, McLean and Falls Church to give it to us straight. 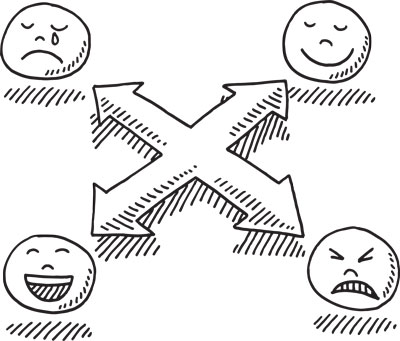 #3. They hate being compared to their siblings.

If your family unit includes more than one child, be aware that teens notice how their brothers and sisters are treated. And they are sensitive to any parental words or actions that might be perceived as preferential.

“I feel like I was their practice kid, and my younger brother is their real kid,” says Cooper, a high school senior. He says he feels that most of the attention he gets is negative, while his parents dote on his younger brother.
Liza, a high school sophomore, says it stings each time she hears her parents praising her younger sibling for getting A’s in elementary school, while she’s grappling with tougher classes. She isn’t pulling in the same grades, but she’s doing her best. “They’ll say, ‘He’s so smart.’ But no one says anything about me, so it’s kind of awkward,” she says. A little encouragement would go a long way.

For Jane, following in the wake of her superstar older sister has always been tough. “Sometimes I wish my parents would realize we’re not the same person and they shouldn’t have the same expectations,” she says.

Grace shares this frustration. She has a sibling who is particularly driven and career-minded, and wishes her parents could be more comfortable with her uncertainty. “Don’t make the child who doesn’t know what she wants to do feel like that’s a problem,” she says. “It’s okay not to know where you’re going.”

How can parents keep things in balance? Be intentional about recognizing each child’s strengths, while encouraging siblings to acknowledge and appreciate the positives in each other, Carpenter advises. “This fosters healthy sibling relationships where they can share in each other’s successes rather than competing for attention.”