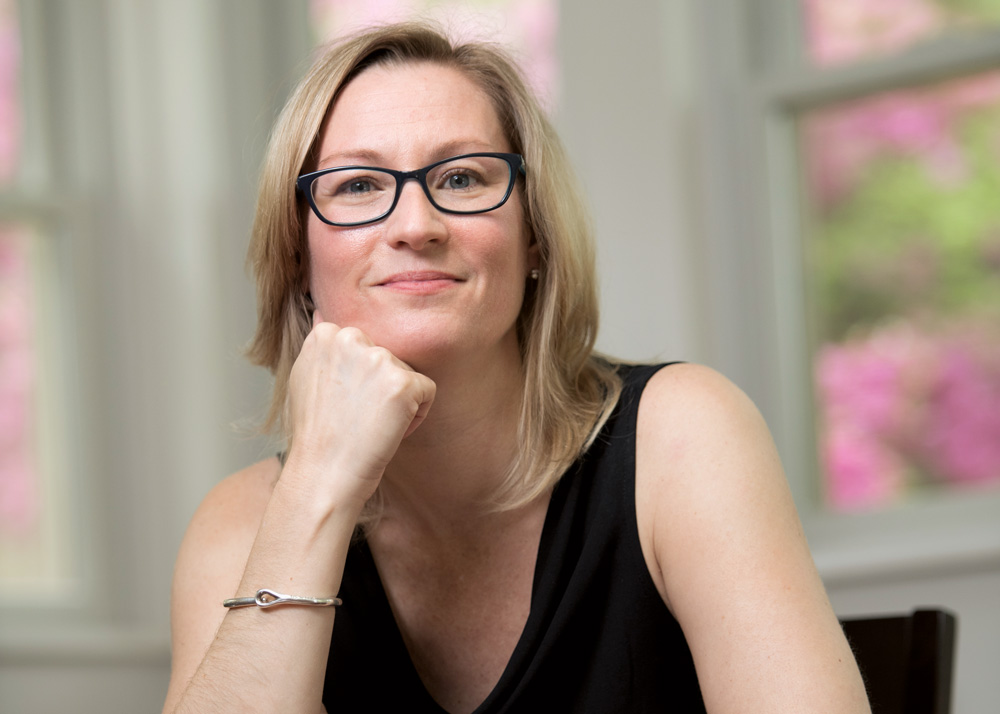 Statistical probabilities are seldom the only factor weighing into a woman’s decision about whether to have both breasts removed. For many, it’s also an emotional choice.

In 2014, Rebecca Fannin went in for her very first mammogram at the age of 41. The scan revealed “ductal carcinoma in situ, stage 1a.” After testing negative for the BRCA gene, Fannin had a lumpectomy and radiation and began taking the drug tamoxifen—which blocks the flow of estrogen to cancers like hers that need the hormone to grow.

As due diligence, she followed up with a comprehensive genetic screening. The tests indicated no increased risk for other types of cancer.

“Then, about two years ago, my maternal aunt had a second recurrence of cancer in her other breast, which was a new concern,” says Fannin, a PR executive who lives in Falls Church City. “That changed how I felt about my own risk. From a statistical standpoint it didn’t jump me into another risk category, but there was an emotional weight and it wasn’t just on me. It affected my husband, Luke, too. To have that fear all the time—it felt heavy.”

On April 11, 2018, Fannin checked into Virginia Hospital Center for a double mastectomy. Like Ferrari’s, her care team included Sebastian as her surgeon and Denduluri as her oncologist. Later this summer, she’ll return for a second (reconstructive) surgery.

Advances in reconstructive surgery have removed a big stumbling block for women who previously wouldn’t have considered a mastectomy that would leave them flat-chested, says Sarosh Zafar, a plastic surgeon at Virginia Hospital Center who will be relocating later this summer. The latest implants are more natural looking, helping to alleviate some women’s feeling that they’ve lost part of their feminine identity.

Plus, certain patients have the option of reconstructing new breasts using their own tissue. In a procedure known as “free flap” breast reconstruction, abdominal tissue taken from below the belly button is used to create new breasts. This approach bypasses the complications associated with implants—such as the possibility of rejection and the need to replace the implants every 10 to 15 years—but it can require follow-up surgeries. Some women may not be candidates if they don’t have enough belly fat to spare.

Under a 1998 federal law, most group insurance plans must cover reconstruction if they cover mastectomy.

But recovering from a prophylactic double mastectomy is no picnic. “The first days you feel like you’ve been hit by a Mack truck,” says Ferrari, recalling the pain and pressure.

After surgery, patients must wear drainage pumps to take fluids out of the surgical site. Elizabeth remembers not having enough upper body strength to walk her beagle. Four or five months out, she still couldn’t lift a suitcase above her head, though her strength now—18 months later—is coming back with weight lifting and physical therapy.

There are other side effects, too. While reconstructive surgery left Elizabeth’s breasts looking like they did before, she has lost sensation in them. “That’s a pretty big downside,” she says.

Women generally lose feeling in the center of their breasts after mastectomy, Zafar explains, because the nerves are cut out along with tissue, though some women regain feeling if their nerves regenerate.

Fannin, whose surgery is still fresh, says the greatest stress beforehand was not knowing what her body will look like. “You’re in a Frankenstein phase for a while,” she says, “but it’s been better than I thought. I’ll live with feeling strange for a couple more months—which means going back to work and not wearing regular clothes. But I know I’ll start feeling and looking more like my regular self with time.”