McLean's Pleasant Grove Church was a pillar of African-American life. 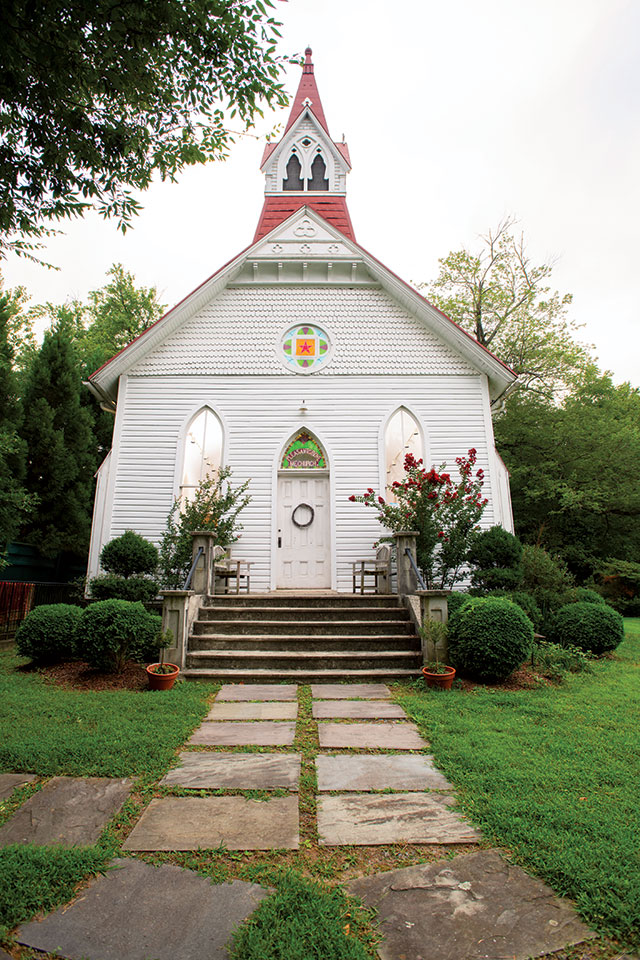 For more than seven decades, the little white church on Lewinsville Road was a hub for the African American community, hosting Sunday services, picnics, weddings—and funerals, like the one held for Joan Lewis’s father in 1949.

“I vividly remember that day,” says Lewis, a McLean resident who grew up just a few blocks away from the church, where her family owned a large farm and sold grocery items. “During the service, there was this loud noise as if the floor was going to give in. There were just so many people in here that the floor started cracking.”

Established in 1895 by the descendants of freed slaves, Pleasant Grove Church is located in an area once known as Odrick’s Corner, named after Alfred Odrick, a carpenter and former enslaved person who purchased land in 1872 to build a school for African American students.

Soon, a vibrant community grew around the school. In 1882, Samuel Sharper, a freed person prior to the Civil War, published an appeal for funds to buy a contiguous acre of land and build a house of worship. “We are few and very poor,” he wrote. “We do most humbly and earnestly appeal to our friends and the religious public.”

It took about a decade to raise the $144 needed to purchase that acre (an inflated price by the market standards of the time), and another three years for Sharper’s son, a master craftsman, to lead the construction of the Methodist church, whose pitched roofs, ornate gables and arched stained-glass windows are representative of the Carpenter Gothic style. By the time the first service was held there in July 1896, the elder Sharper had died. He is now buried in the church cemetery.

Several decades later, Lewis began attending homecomings, weddings and other events at Pleasant Grove with her family during the Jim Crow era. “We didn’t have equal facilities [in the community],” she recalls. “I remember going to a three-room school with outside toilets. We had hand-me-down buses and books.”

The church, she says, was a place of refuge in more ways than one.

Today, the historic structure no longer has a congregation (its last Sunday services were held in the spring of 1969), yet it remains a popular venue for Christmas concerts, Black History celebrations, spring fairs, family reunions and other events. The property is maintained by Friends of Pleasant Grove, a group formed in the 1980s by neighbors Garry and Joan Jewett to protect and restore the church so it could once again be used for public gatherings.

A small museum on the lower level includes artifacts donated by the Sharper family that tell the story of the church’s important role during the 20th century.

“So many people who lived in the area were members,” Lewis says. “It’s important history and needs to be remembered.”

→ Land of the Free