All the Pretty Horses

Chincoteague Island offers small-town charm, miles of pristine coastline and something other beaches do not: wild ponies. 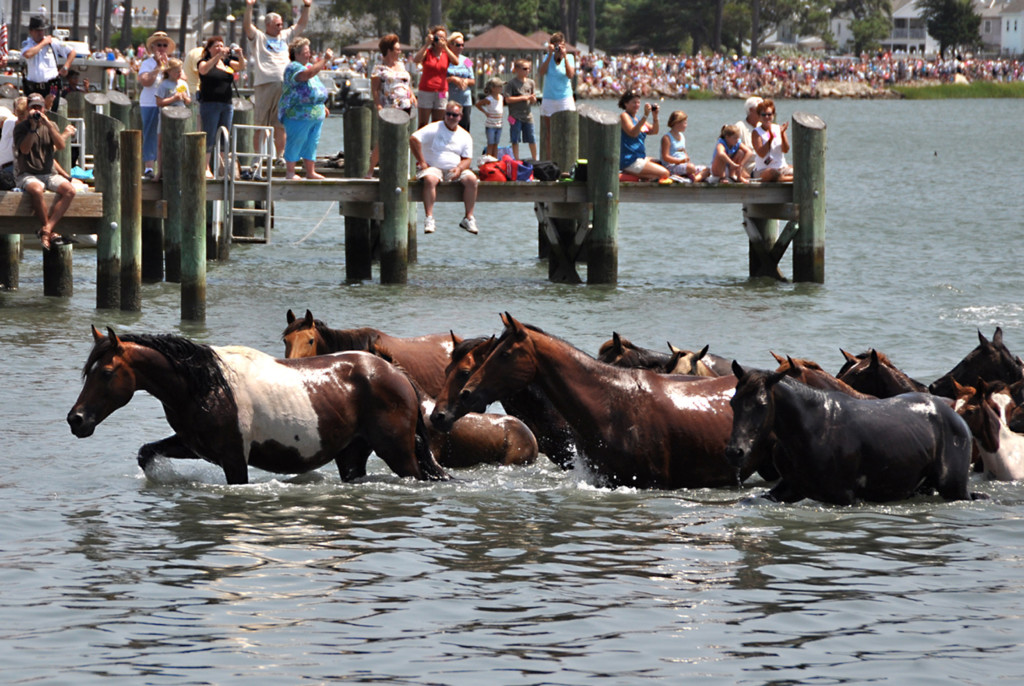 Courtesy of Chincoteague Chamber of Commerce

Driving across the causeway that connects Virginia’s Eastern Shore to Chincoteague Island, I catch the distinctive odor of the marsh at low tide. It’s a mud-heavy scent, redolent of thick vegetation and the crustaceans busily feeding just below the water’s surface. An egret wades through the shallows, oblivious to the few cars speeding toward the beach. A vast blue sky and miles of flat water stretch before me, in contrast to the abbreviated horizon of the suburbs I’ve left behind.

I roll down the windows, letting the salt air rush in, and search for a glimpse of the bridge that will carry me into the small-town world I’ll inhabit for a week this summer. And then I see it: a low curve of concrete that soon ushers me across the channel.

In that moment, I’m transported back to my childhood, growing up as a shrimper’s daughter along the east coast of Florida. It feels like coming home.

Chincoteague has none of the french-fry stands and arcades of other seaside vacation destinations. There is no boardwalk. Instead, there’s the soothing Eastern Shore accent of the woman who sells shrimp and scallops from coolers at the side of the road—“How much you want, hon?”—and the friendly smile of the man who sells home-baked pies at one of the island’s farm stands. 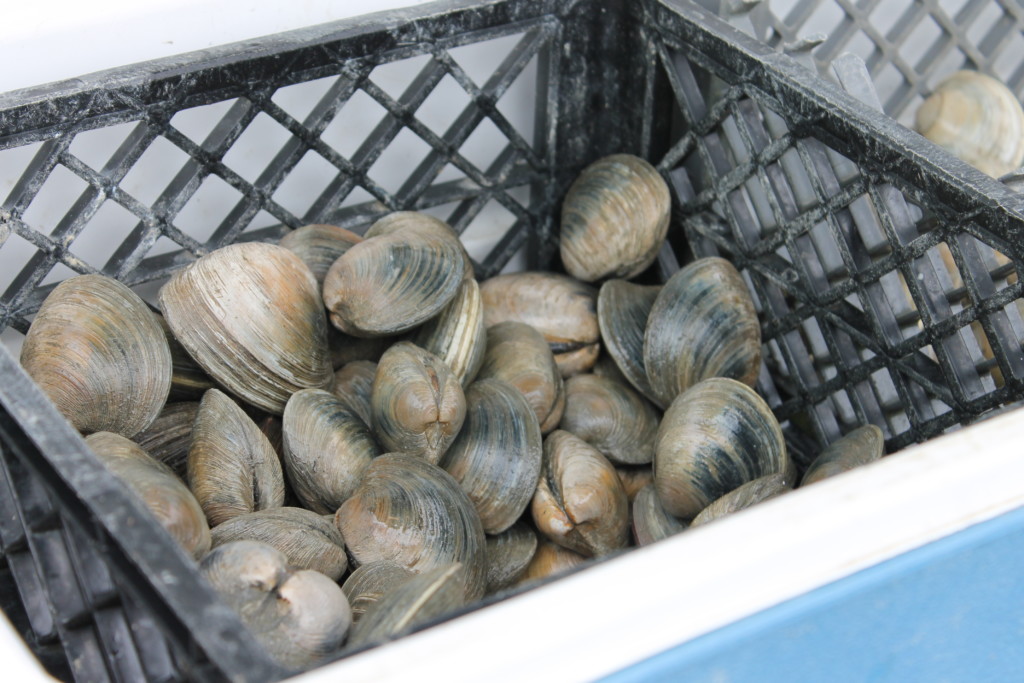 This is a place where the streets are named Daisy, Jester and Beebe—the last names of families that have lived here for generations—and where the library is a converted barbershop at the center of town. It’s also a beach town, of course, but a beach town with more sandpipers than umbrellas.

Chincoteague may be off the beaten path, but it’s hardly undiscovered. It has long been known for its wild ponies. A herd of 150 roams the dunes of nearby Assateague Island, a 37-mile-long national seashore and wildlife refuge that stretches along the coastline all the way across the Virginia-Maryland border and connects to Chincoteague by a short bridge. A similar-size herd inhabits the Maryland side of Assateague. During much of the year, visitors can spot “families” of ponies chomping on grass along the road to the beach, sometimes so close they could touch them (though since they are wild, contact is prohibited).

Then there’s the annual pony swim that’s held during the last week of July. Picturesque “saltwater cowboys” herd ponies from Assateague to Chincoteague, where townspeople and visitors alike throng to watch them come ashore. The next day, a select number of yearlings are auctioned off to control the population. Later, the adult ponies are herded back across the bay.

In nearly a decade of Chincoteague stays, I’ve mostly avoided the “pony penning” crowds (so-called because the ponies are penned before being herded across the water). But one year I made an exception, and on the day of the swim, I woke my children early to walk to the end of the island where the ponies would arrive. To ensure a front-row view among the hundreds of people waiting, we stood in thigh-deep, mucky water. The ponies were spectacular, but what I remember most is making necklaces from strands of seaweed while we waited, wondering all the while whether the boys perched in the trees above us had a better view.

Legend has it that the ponies first arrived on Assateague after a Spanish galleon shipwrecked in the 1700s and its horses swam to shore. Another theory suggests they’re descended from mainlanders’ livestock that grazed there, unintentionally sowing the seeds of the wild herd. Assateague once had its own village, but it was abandoned after a series of property rights disputes and storm-induced moves.

The pony penning began in 1925, when the newly formed volunteer fire department needed money for new equipment. Firefighters became saltwater cowboys, herding the ponies across the channel for auction. These days, they typically auction off 70 yearlings at an average price of about $1,400 each. The event still benefits the volunteer fire department, and not incidentally supports a community that relies on a few months of summer tourism for its survival. 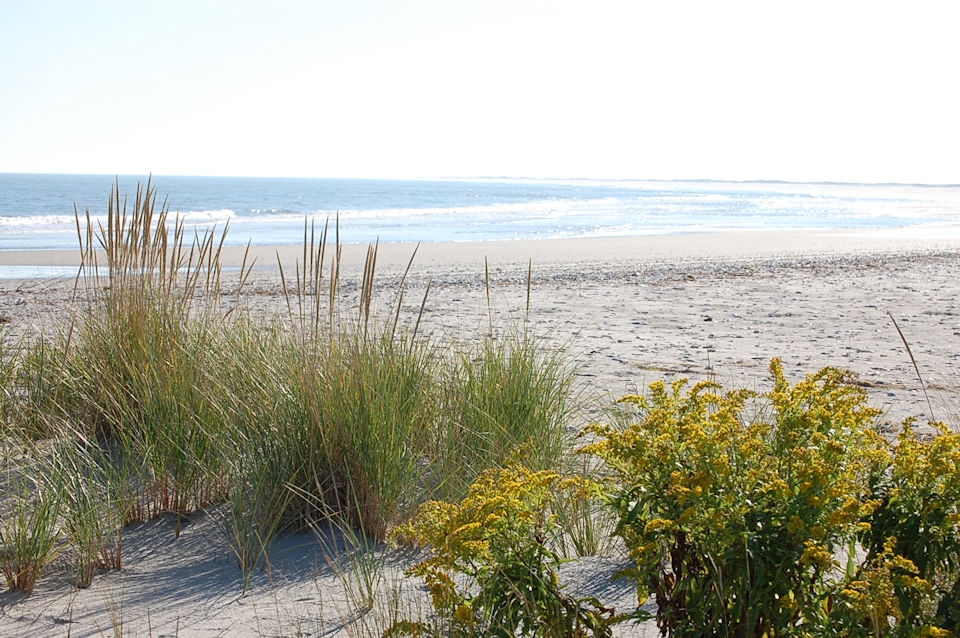 Chincoteague has about 4,300 year-round residents. But some 1.5 million people visit the national wildlife refuge annually, more than half during the summer months.

It was a children’s book, Misty of Chincoteague, by Marguerite Henry, that made the ponies famous when it was first published in 1947. Several attractions on the island cater to horse lovers, offering pony rides and chances to feed and pet Misty’s descendants. Every year during pony-penning week, the 1961 movie based on the book is screened for free at the Island Roxy theater on Main Street.

Other than the ponies, the tourist attractions are modest: a couple of miniature golf courses; a place that has bumper boats with squirt guns; some cheap T-shirt-and-bikini shops that offer henna tattoos to the bolder kids who are allowed to bike around town on their own, testing their freedom in small-town safety.

Then there are the ice cream shops, where even the locals line up: Mister Whippy for soft-serve; Island Creamery, which holds a school competition to name a flavor each year; and Muller’s, with its Victorian architectural charm and rumor of a resident ghost (the circa 1875 building once was an undertaker’s home).

On weekend nights from late June through July and for the entire pony-penning week, the Fireman’s Carnival draws both locals and visitors. Some older folks play bingo under the pavilion; kids go for the carnival games and Ferris wheel; and everyone looks forward to the fried oysters and soft-shell crabs served up by the ladies’ auxiliary.

For most of the year, though, Chincoteague nightlife means walking the beach with a flashlight to watch the ghost crabs skitter.