Wild Tiger is a pop-up concept that's not to be missed. 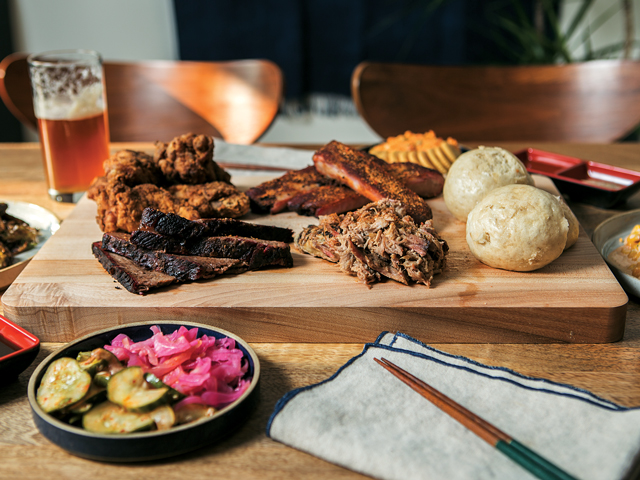 In August, chef Kevin Tien teamed up with his friend Scott Chung to open Wild Tiger BBQ, a pop-up concept featuring barbecue with an Asian edge. It will run through May out of Bun’d Up, Chung’s Korean steamed bun place in Pentagon Row.

“[Scott and I] started trading ideas because we both have Asian food businesses in Ballston Quarter,” says Tien. (Those would be Tien’s Sichuan-meets-Nashville hot chicken sandwich stall, Hot Lola’s; and Chung’s Rice Crook, which serves Korean-inspired rice bowls, salads and wraps.)

“Scott bought a smoker as a passion, not for a business,” he adds. “But then we got to thinking—there’s Korean barbecue, and in [my] Vietnamese culture there are chargrilled meats. So why not do American barbecue with Asian flavors?”

Tien had time on his hands for a new food venture. In October of 2019, he opened what he thought was his dream restaurant, Emilie’s, on Capitol Hill in D.C., but his relationship with the majority owner soured and he left in June. 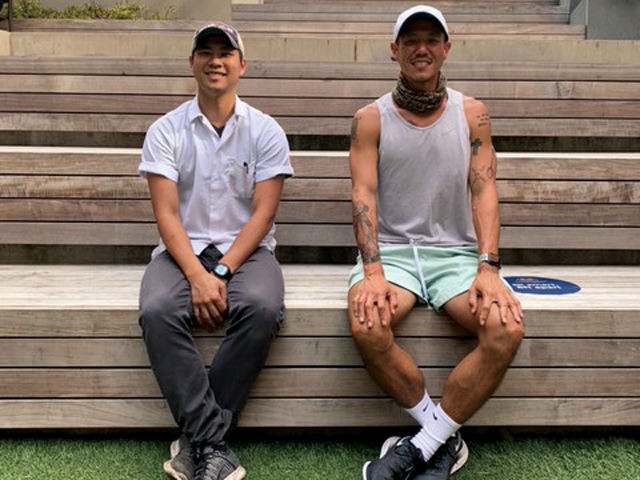 He and Chung aren’t the only cooks in this new endeavor. They’ve received coaching from pit master Joe Neuman, whose Sloppy Mama’s Barbeque has locations in Ballston Quarter and on Lee Highway in Arlington, as well as at Union Market in D.C. (where Chung maintains the flagship operation of Bun’d Up).

“Some chefs, especially in barbecue, can be very secretive, but Joe has been an open book and really supportive,” Tien says. “He even offered to take some of the smoking workload off of us.”

To that end, Neuman is currently smoking brisket and pulled pork for Wild Tiger. Chung smokes ribs in a Pentagon Row parking lot next to Bun’d Up, and is developing recipes for smoked duck, sausages and Chinese barbecue rib tips. He plans to introduce brined and smoked turkey legs for Thanksgiving.

Wild Tiger is open for pickup from 5 to 8:30 p.m. Wednesday through Sunday. (Pre-orders are recommended, but you can also order onsite.) As of press time, the pop-up had indoor seating for 20 and outdoor seating for 12, all socially distanced.

Get Your Bao Bun Fix at This Pop-Up

We All Queue Up for ‘Cue