Our hometown has held the top spot in Anthem's nationwide fitness index for four years running. 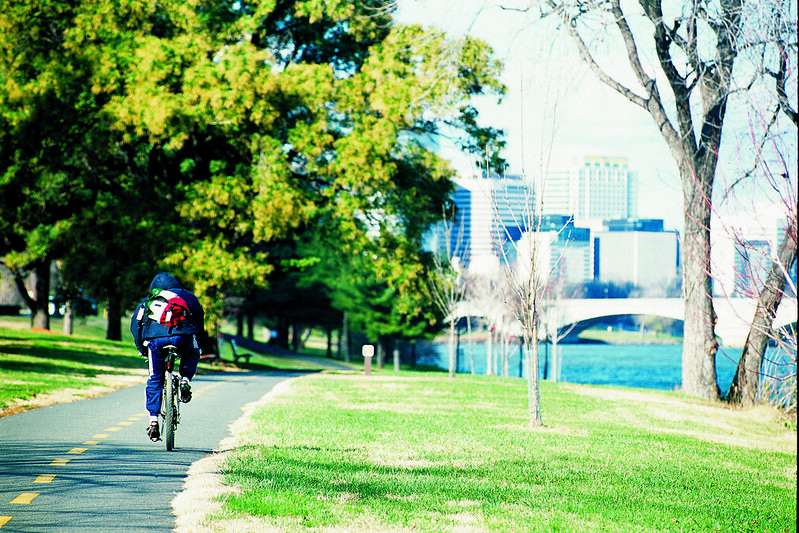 Arlington is the country’s fittest city for a record fourth year in a row, according to an annual fitness index released today by the American College of Sports Medicine (ACSM) and the Anthem Foundation.

Minneapolis, in the No. 2 spot, and Seattle round out the top three. Washington, D.C., came in at No. 6 on the index.

Besides claiming the overall top position with 86.1 points out of a possible 100, Arlington holds the No. 1 spot for personal health and community/environment, plus eight other indicators that factored into the study.

The index ranked America’s 100 largest cities based on 34 indicators, including health behaviors, health outcomes, recreational facilities, policy/funding and the built environment (which includes points for walkability and access to fitness facilities and programs).

“Your fitness places are easily accessible, and it’s an area that people enjoy walking around,” says Stella Volpe, chair of the American Fitness Index Advisory Board and an exercise physiology professor at Virginia Tech.

Multiple factors play into to Arlington’s fit status. For example, Arlington residents reported the most physical activity of any city, with almost 86% saying they had exercised the previous month. By comparison, 64% of residents of Lubbock, Texas, the lowest-ranked city, said they had worked out.

Arlington also made some gains since the 2020 rankings. Its smoking rate decreased by 54%, while park expenditures per resident increased by 13%. The county added more swimming pools per 100,000 residents – specifically, going from 0.4 to 1.7, a 200% increase.

To hold onto its crown, “the one thing the city needs to do is not sit on its laurels, to ensure that the trails are maintained, to ensure that sidewalks are also maintained,” Volpe says, noting that city planners are challenged to maintain open space, even in areas with new construction (a pervasive phenomenon in Arlington). Check.

It should be noted that this year’s rankings factored in two new data points relating to sleep habits (seven hours per night is the ideal) and food insecurity, meaning limited or uncertain access to nutritionally adequate food. Because poor sleep and food insecurity are high indicators of chronic diseases, “we felt that as a committee, those would be extremely important for us to evaluate, especially because food insecurity has gotten quite high in the United States” as a result of the pandemic, Volpe says.

Sleep data across the board showed less than 65% of Americans getting at least seven hours of sleep per night, although 70.5% of Arlingtonians said they do.

Volpe says the pandemic’s full effect on fitness may not be clear for years, although preliminary studies suggest the crisis did reduce Americans’ overall physical activity and healthy food intake, and contributed to increases in obesity rates and stress.

Other findings from the 2021 rankings:

Time to Undo Those Pandemic Bad Habits – A Return to Wellness

Can’t Sleep? Your Diet May Not Be Helping