Tales of a Freedom Rider

Civil Rights activist Joan Mulholland organized sit-ins and protests in the 1960's. And she was arrested for it. 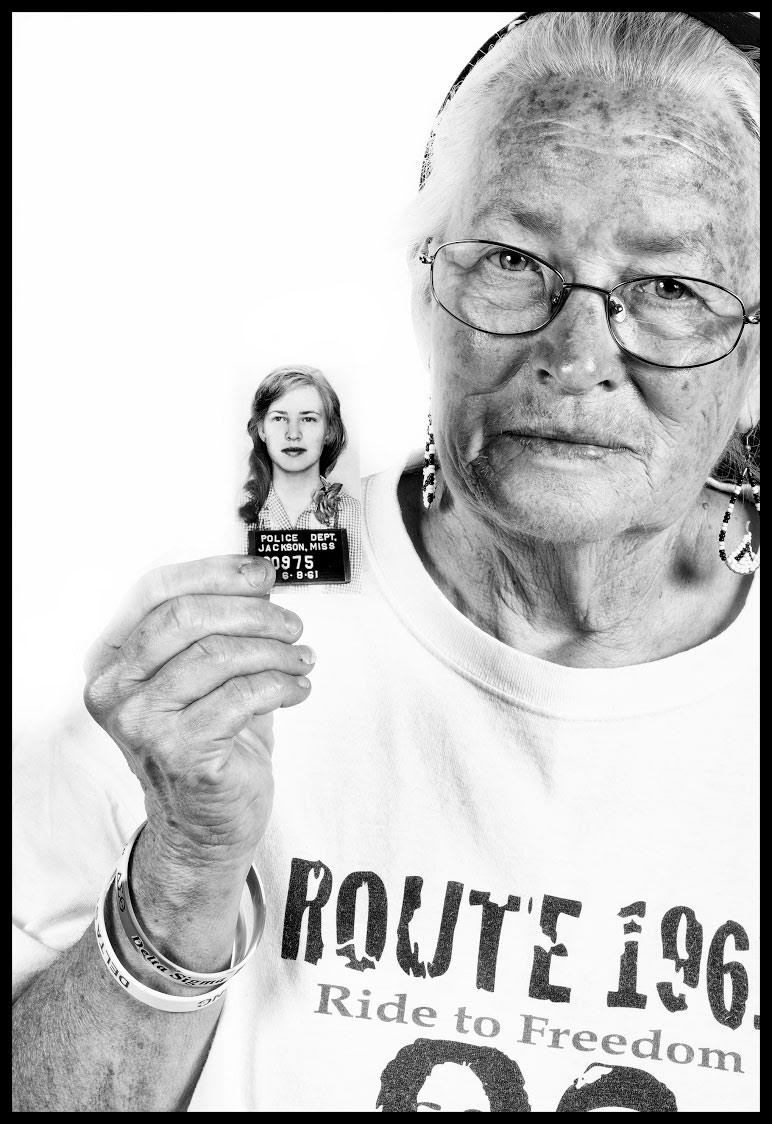 In 1961, Joan Mulholland spent her summer vacation locked inside a cell that had recently been vacated by a death row inmate. Then she got a new dress, and reported for her sophomore year of college.

Mulholland, an Arlington native, traces the roots of that summer back to her experience growing up in the segregated South. Blacks weren’t allowed in Arlington County’s theaters and restaurants in the 1950s, she recalls. At Nottingham Elementary, where she attended sixth grade, she says, “I clearly remember standing to attention to sing Dixie.”

When it came time to pick a college, Mulholland’s mother vetoed her choice of a Midwestern school, fearing it might be integrated, and encouraged her daughter to enroll at Duke University in North Carolina instead. But when Durham became one of the first cities in the U.S. to host a sit-in, Mulholland found herself exactly where she wanted to be: on the front lines of protesting segregation. By the end of her freshman year, she’d already been arrested twice.

It wasn’t long before Mulholland helped bring the protests to Arlington. She joined a group of students from Howard University who belonged to the Nonviolent Action Group (NAG), and on June 10, 1960, they attempted to integrate the lunch counter of the Drug Fair drugstore in Cherrydale. After the store closed, police rushed the protestors to their waiting cars while gunshots rang out. (The shooters were never caught or identified.) The group later held sit-ins at a Peoples Drug at the corner of Lee Highway and Old Dominion Drive, and at a Woolworth’s in Shirlington, where they were counter-picketed by local Nazis wearing swastikas.

Once the students succeeded in integrating the lunch counters in Arlington, they moved on to Glen Echo Park in Maryland.

“I could do things that the black students couldn’t do,” Mulholland explains of the group’s strategy. “At Glen Echo, I could go in and buy tickets, and share them around. Then the arrests were made on the carousel, ticket in hand.”

Mulholland never went back to Duke. Instead, she spent a year working on Capitol Hill and living in a tiny efficiency apartment. The night her phone rang at 2 a.m., it was a friend calling from a church in Alabama, where he and other Freedom Riders were trapped overnight by an angry mob. Mulholland had helped organize the Freedom Rides from Washington, D.C., to the Deep South on interstate buses—a move designed to challenge segregation in interstate travel. The friend’s message was short: Send more riders.

Prompted by the call, Mulholland flew with other NAG members to New Orleans, then took the train to Jackson, Miss., en route to meet up with the other Freedom Riders. On June 8, 1961, she was arrested for integrating the waiting room of the train station in Jackson and sent to the county jail. Overcrowding had resulted in such poor conditions at the jail that when Mulholland was moved to Parchman Penitentiary in the Mississippi Delta a few weeks later, she says, “it was a physical improvement to be at the worst prison in the country.”

In a bit of intimidating theater, prison officials emptied out their death row and housed the protestors a few feet from the execution chamber.

But Mulholland wasn’t deterred by her time in cell No. 14. She had a plan. She’d been accepted to Tougaloo College in Jackson, a hotbed of civil rights activism, where she intended to continue the fight for racial equality. “The Freedom Rides got me to Mississippi, and [prison] was free room and board for the summer,” she says. A few days after her release, Mulholland became the first white student to enroll full-time at Tougaloo. Her act of reverse integration was so groundbreaking, it was reported in Ebony, Jet and The New York Times.

At Tougaloo, she made friends, joined a sorority and continued working for the movement. She’d just finished her junior year when, in May of 1963, she found herself at the center of one of the most violent sit-ins of the era, at a Woolworth’s lunch counter in downtown Jackson. She had been working at a protest down the street that ended early, so she and a friend decided to see how the Woolworth’s protest was going. They arrived to discover a screaming mob of several hundred people swarming the store. One man had already been pulled from his stool and beaten.

Mulholland sat down at the lunch counter, and men began pouring condiments on her and the other protestors. That’s when a news photographer snapped a photo that has since become an icon of the era. It shows a grinning man pouring sugar down Mulholland’s back as she talks to the girl seated on her left. The man to her right, a Tougaloo professor, sits covered in ketchup. “We were just trying to make light talk between us, teasing our professor about unfair questions on our final exam,” she recalls. “But basically, we didn’t think we were going to get out of there alive.”

After a riot erupted, Woolworth’s closed the store and the protestors escaped. Mulholland went on to help organize the August 1963 March on Washington. She graduated from Tougaloo in 1964 and came home to Arlington, where she married, had five sons, later divorced, and worked as a teacher’s aide at Patrick Henry Elementary School.
Now 73, she still lives in the same Cape Cod in Arlington’s Barcroft neighborhood that she bought in 1976. Her son, filmmaker Loki Mulholland recently released a documentary about his mother’s civil rights work and her many acts of civil disobedience. (The name of his company, Taylor Street Films, is a nod to the house he grew up in.)

For a long time, Mulholland was reluctant to speak about her experiences as a Freedom Rider, but recently she’s started telling her story to student groups. “I want to show the younger folks that you can do something that will have an effect,” she says. “It’s just a matter of starting.”

Laurie McClellan is a freelance writer who lives in Arlington.