After a young girl’s Juneteenth chalk art was removed, supporters came from all over Arlington to fill her neighborhood with positive messages. 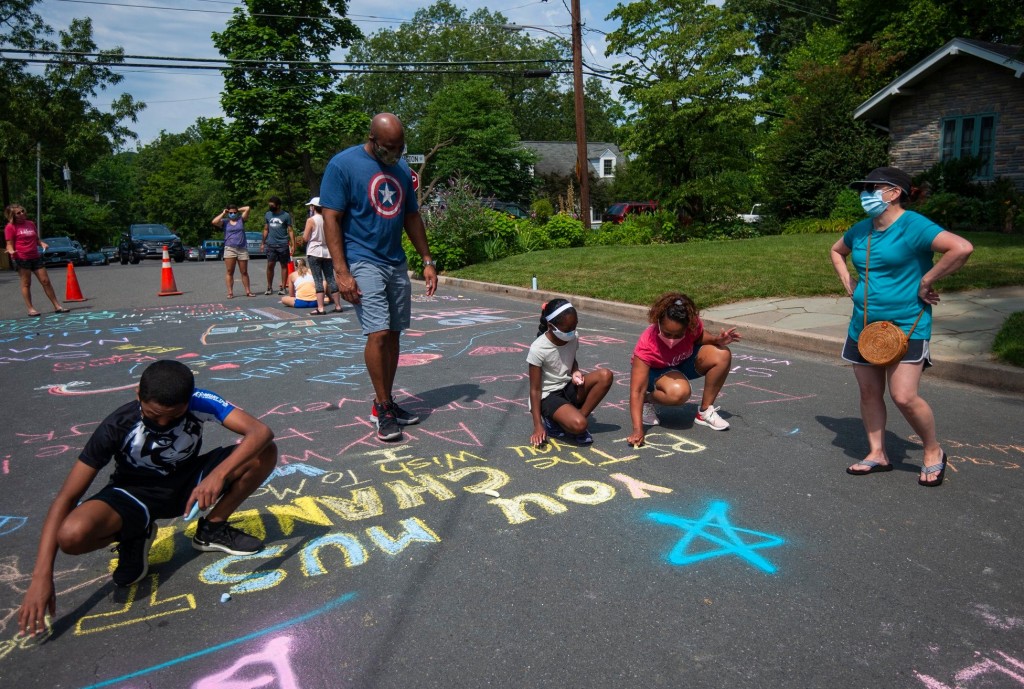 The “Chalk for Justice” block party on June 27. Photo by Alex Sakes

A couple hundred Arlington residents flocked to a neighborhood block party on Saturday to write positive chalk messages in support of the Black Lives Matter movement. The colorful “Chalk for Justice” event was organized by the neighbors of a young girl whose chalk art was power-washed away on June 19 after an anonymous caller complained to the county and requested its removal.

Public outcry was swift after three Black county employees were dispatched the morning of Juneteenth—a day commemorating the end of slavery—to remove the chalk art that 10-year-old Rhea Hampton and her mother, Yvaal, had chalked in front of their home. Within hours, a few dozen people, including county board members Libby Garvey, Christian Dorsey and Matt de Ferranti, arrived at the family’s block in Boulevard Manor to help replace the original drawings and quotes, which had included messages inspired by Martin Luther King, Jr.

This weekend, the June 27 “Chalk for Justice” block party, organized by neighbors Sarah Voorheis Andrade and Dawn Dangel, continued that momentum with an even bigger showing of solidarity. The inclusive outdoor event was open to participants of all ages and allowed for social distancing.

“Anyone should feel like they have the right to write down peaceful, wise words in front of their home,” Andrade says.

Supporters showed up with masks, grabbed some chalk, and left their marks on North 8th Street between Jefferson and Kensington streets. 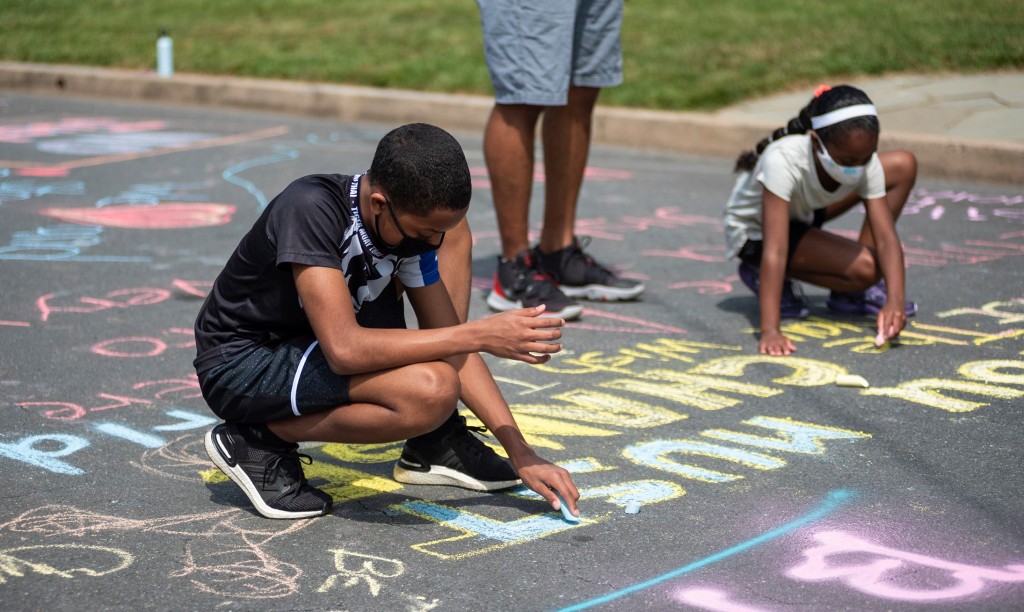 Rhea Hampton with her brother, Zane. Photo by Alex Sakes

The chalk messages ranged from #BLM, hearts, and quotes from Martin Luther King and Desmond Tutu, to rainbow-colored Black power fists. Andrade and Dangel say they wanted to make sure the block was a safe space where everyone could feel proud and free to support the Black Lives Matter movement. 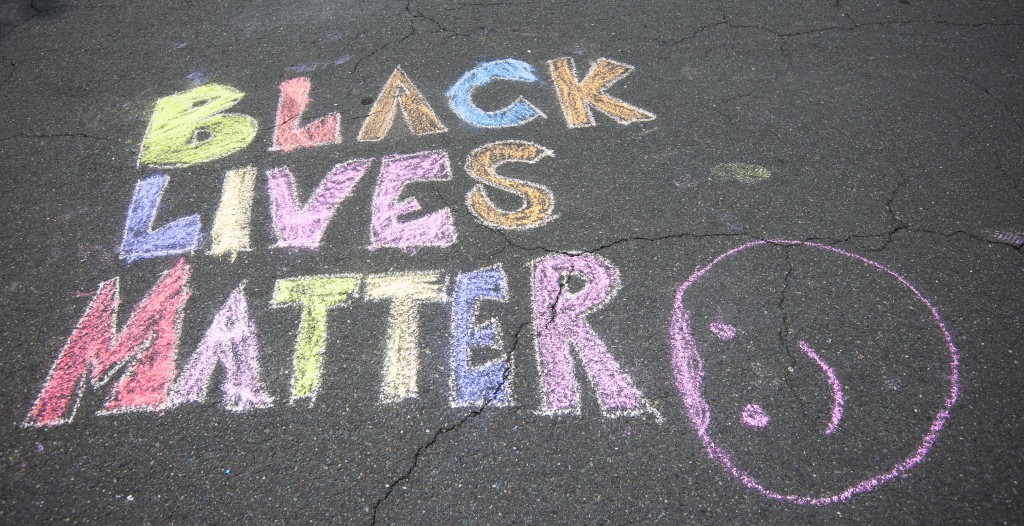 “When I read about what had happened originally, I was saddened,” Hashemi says. “I felt like, for children, this is a great way to come together as a community and to support the fact that we don’t want that kind of hate in Arlington.”

“Even though we live in a place I feel is accepting, there are still challenges,” she says. “There’s never gonna be a time when we don’t have to keep doing the work.” 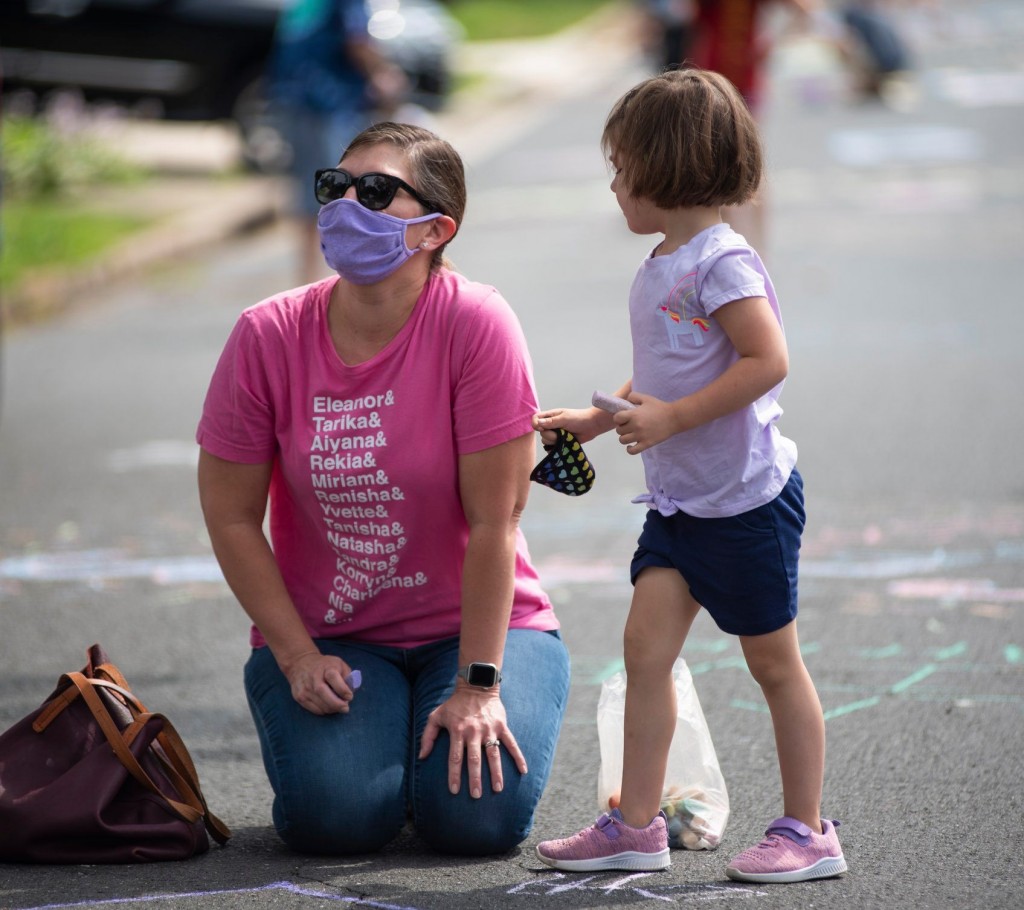 Another resident, Jill Mentch, brought her four-year-old, Alex. “I think the way to put an end to systemic racism is to start with our youth and try to teach them very early that racism does exist,” she says, “and we need to do everything we can to work against it.”

Her family has been engaging in conversations about antiracism, Mentch says. The chalk party was a way to take action.

Others who could not be physically present at the Chalk for Justice event posted photos on Facebook of chalk art they had created on the streets and driveways in their own neighborhoods.

“I feel great,” Rhea Hampton says of the community response after her first round of artwork was removed. “I love that a bunch of people are just chalking up their neighborhoods in support of us.” 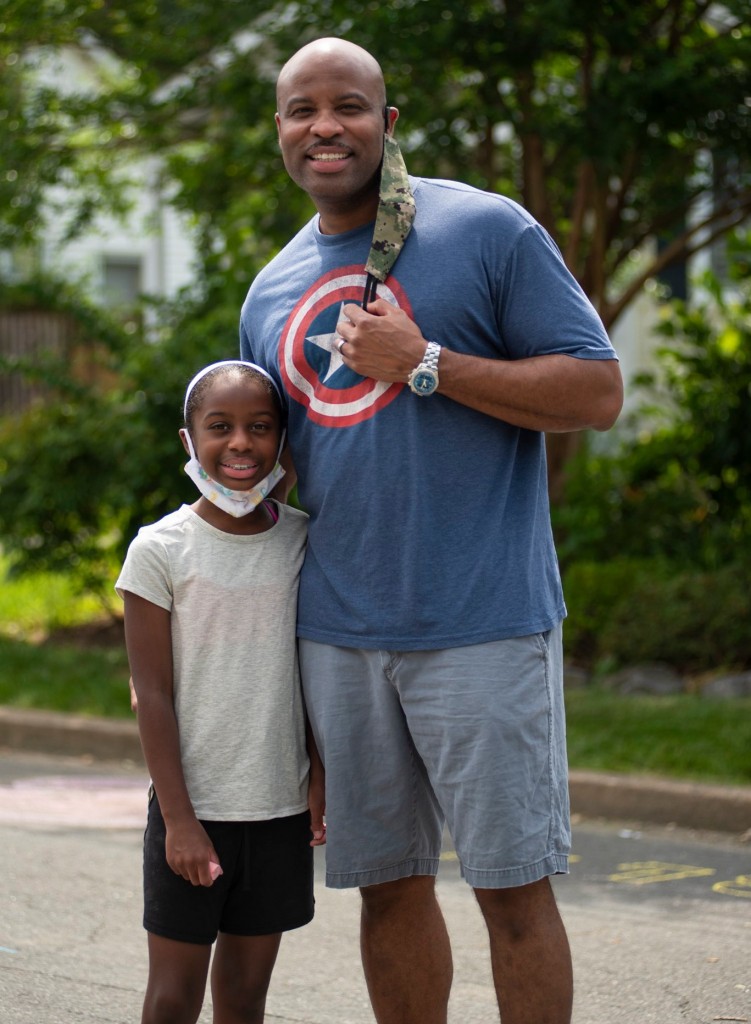 Rhea Hampton and her father, Alex. Photo by Alex Sakes

Her parents expressed similar sentiments. “The outpouring of love and support has filled our hearts greatly,” says her mom, Yvaal Hampton. “Something that was disheartening to us has led to a big community movement, which has been amazing.”

“At the end of the day, it was all positive,” says Rhea’s father, Alex Hampton.

The event’s organizers say they were uplifted by the turnout. “I feel honored to be an Arlingtonian again,” Andrade says. “I’ve always been proud to be an Arlingtonian, but last week brought me down. This was restorative, and to see everyone come together in our community like this, I feel empowered.”

She hopes others will feel inspired to initiate open and honest conversations about racial injustice: “Listen, learn, read, talk to people that don’t look like you.”

Sydney Johnson is a writer in Arlington. She wrote the very first essay in our ongoing Race & Equity essay series, a community voices project. To contribute to the series, send a 400-500 word essay or a 3-4 minute spoken-word video, plus a photo of yourself, to editorial@arlingtonmagazine.com. All perspectives are welcome.