The Reason I March

When does my brother go from being seen as a cute kid to being perceived as a potential threat to someone’s life? 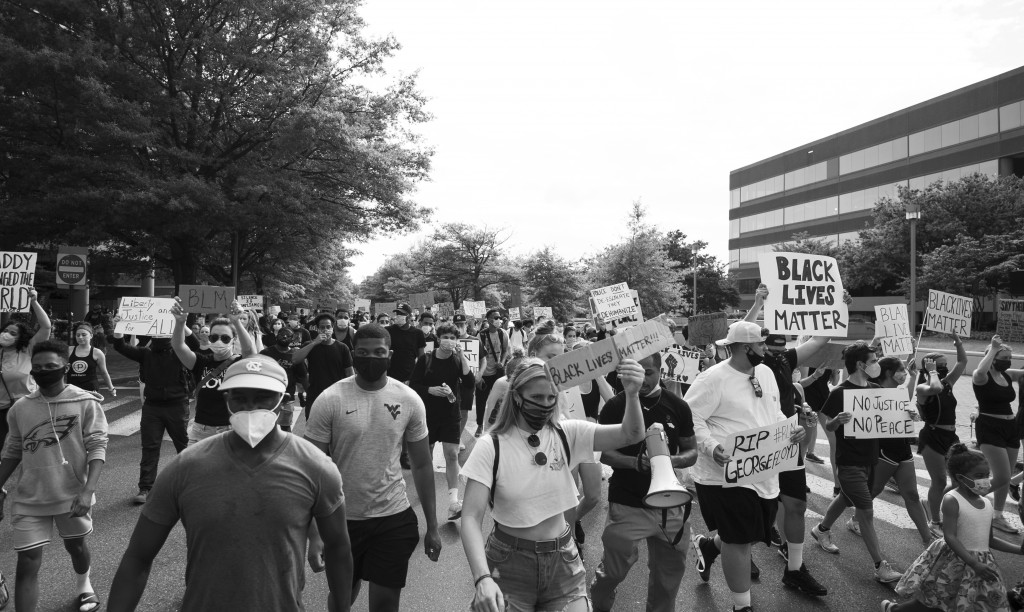 A “March for Floyd” in Arlington, Virginia, June 4, 2020. Photo by Alex Sakes Photography.

“Hands up!” shouted an anonymous voice through a megaphone. My black 17-year-old brother’s response: “Don’t shoot!!”

His hands were up in a surrender position and my eyes immediately started welling with tears. I felt fear, anger, uncertainty. What a sight. Chip, an innocent kid, threatened by two words I hope he will never be confronted with in the real world.

This exchange actually took place in a safe setting—at a Black Lives Matter protest in Arlington—and was part of a call-and-response chant between one of the march organizers and the hundreds like us who had turned out to protest. I, too, had my hands up, and I, too, responded “Don’t shoot!!”

Protesters are taking to the streets across the nation after the death of George Floyd—an unarmed black man who was killed by police. Though we are still in the middle of a pandemic, Americans are invoking their right to assemble and standing in solidarity to fight police brutality against black people. We are hungry and desperate to dismantle the systemic racism so deeply rooted in our country.

When the governor’s stay-at-home order was announced, our family was especially careful because my mother is considered high-risk. She has been battling breast cancer since November, so her immune system is compromised, making her more susceptible to Covid-19. In what my mom calls our “Johnson bubble,” we have protected ourselves from the coronavirus with masks, Netflix and a fortress of jigsaw puzzles.

Now, we are fighting a different virus: racism. And unfortunately, our stack of puzzles can’t protect us. This deadlier affliction has been around far longer, and we can’t sit on our hands and wait for a vaccine. The first African slave was kidnapped and brought to America 401 years ago. The Ku Klux Klan was founded in 1865 and still exists today. George Floyd was the victim of a modern-day lynching committed by police officers picking up its slack.

This is why Chip and I decided to march. This is why our non-black, immunocompromised mother wholeheartedly supported that decision. This is why it was so important to me for my little brother to experience a protest. He will miss voting in this year’s presidential election by two months, as he turns 18 in January. The protest allowed him to make sure his voice was heard.

He has several friends of color who have firsthand experience with police brutality. The protest showed him that he can do something about what is happening to people across the country who look like him. This mobilization of the American people is happening in a time of isolation, so he can’t go to school and converse with friends about the anxieties and frustration he is feeling. The protest proved to him he is not alone. 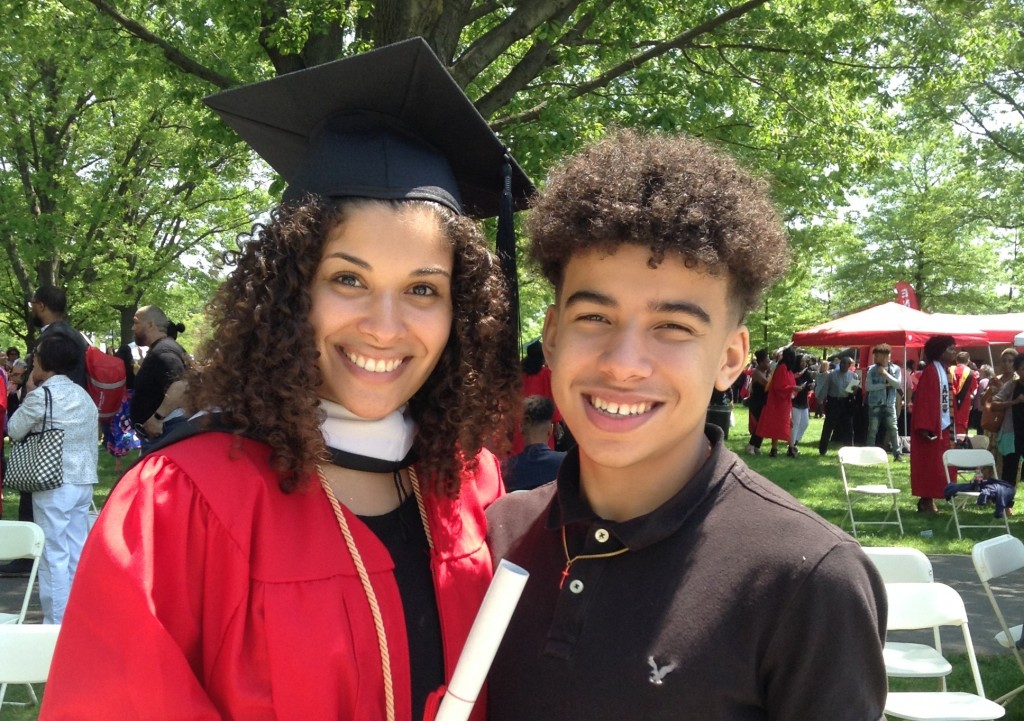 The author and her brother

The death of Ahmaud Arbery—a 25-year-old unarmed black jogger who was hunted, shot and killed by two white men in February—made me think, a lot. In my reflection, I started to ponder several questions (and maybe someone reading this can help me find some answers). When does my brother go from being seen as a cute kid to being perceived as a potential threat to someone’s life? Has this transition already happened? Has a racist white woman already clutched her purse a little tighter at the sight him walking by? Did she cross the street to put more distance between her and the black boy? Has a police officer looked at my brother suspiciously as he walked with his black friends to purchase something from the convenience store? Will that same police officer shoot one of them without cause one day?

These thoughts returned with a vengeance after Floyd’s death. The last two weeks have forced me to confront some of the most intense, heavy, complex questions I’ve ever asked myself. Their weight has felt unbearable. I haven’t gone a full 24 hours without crying. I am glued to my phone and television because I don’t want to miss anything.

The stress is taking a toll on me physically in the form of chronic headaches. I feel nauseous if I consume too much traumatizing content without taking a break. I can’t work out without feeling like my body is fighting against me, not working for me.

It’s been exhausting, but protesting helped. No, it didn’t solve America’s problems, nor do I feel like my job is done, but it helped to be part of something bigger than me. It helped to march next to my brother chanting with like-minded, antiracist individuals. It helped to hear “Black lives matter!” echo through the streets of my neighborhood. It helped to know our lives are valued. It helped to take physical action in a time when we feel paralyzed by rage and disbelief. And while my little brother and I debriefed on our walk back home, I learned it helped him as well. For that, I am so thankful.

As demonstrators marched down Wilson Boulevard chanting the names of those who have lost their lives to racism in America—Trayvon Martin! Sandra Bland! Eric Garner! Breonna Taylor! George Floyd!—I couldn’t help fear the possibility of my brother’s name being the next name we shout in protest.

When we say their names, we tattoo their memories on ours, to ensure they cannot be removed from America’s, which is beautiful. But how many more names do we need to Sharpie onto a cardboard poster before significant change occurs?