Helen Hyman, a former Arlington schoolteacher, founded the club in 1967 to bring neighborhood moms together while their kids were in school. 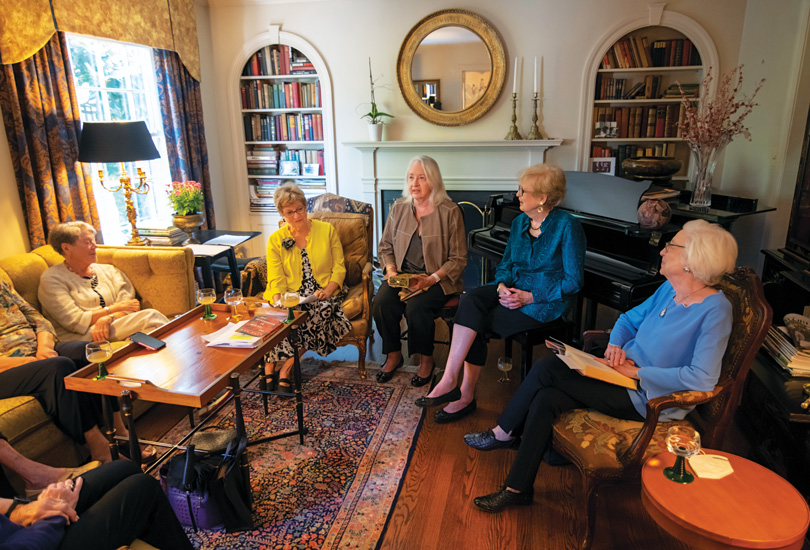 A dozen or so women have gathered in Madge Palumbo’s well-appointed Arlington Ridge living room. Surrounded by nautical paintings and snacking on a spread of cookies and tea, they’re contemplating how they might have fared in the hollows of Appalachian Kentucky during the Great Depression.

They’ve assembled to discuss The Giver of Stars by Jojo Moyes and The Book Woman of Troublesome Creek by Kim Michele Richardson—similar historical novels about the packhorse librarians of the 1930s who traveled through Appalachia, delivering books to underserved mountain communities.

“These women were fierce,” Nancy Swain, the meeting’s official “reviewer,” says in her opening remarks. She summarizes each book’s plot and then asks attendees to comment on the deprivation the characters endured.

“You can escape your empty stomach by reading,” Joan Quinn says thoughtfully. “In these stories, you have children who are starving to death, but who are so in love with the books and what books bring to their lives.”

Therein lies a sliver of common ground between past and present. When it comes to loving literature, the members of this book club (and that’s its official name: The Book Club) can relate. Helen Hyman, a former Arlington schoolteacher, founded the club in 1967 to bring neighborhood moms together while their kids were in school. More than half a century later, it’s one of the longest continuously operating book clubs in the D.C. metro area.

“I don’t think we’d be together if we didn’t have a love of reading,” Hyman says. “We really try very hard to respect [each other’s] opinions. They could be very different from our own, but we all speak up. That’s what makes a book club worthwhile.”

In the beginning, most of the women Hyman invited were (like she was) married with young children and craving the intellectual company of other adults. In the decades since, the club’s members have moved through subsequent life stages together—kids’ graduations, divorces, retirement, grandchildren, the deaths of spouses and friends.

Over time, the group has developed some agreed-upon rules. Membership is generally limited to the Arlington Ridge neighborhood, although neighbors from adjacent Aurora Highlands have also joined over the years. Members can stay in the club even if they move away—something that’s happened with greater frequency as people have aged, downsized and relocated into different living situations.

The club has capped its roster at 15, “generally the size most people can accommodate in their living rooms,” says club archivist Marge Gazzola. They meet most months of the year (save an unwelcome intermission during the pandemic), with one person hosting and another person serving as the “reviewer” on a rotating basis.

“I feel like I’m always learning something new from these women,” Hyman says. “Their take on the same subject might be so different. They may have another way of looking at the topic. It opens your ability to take a new idea and form an opinion about something.”

Organizers tend to choose books that have been in print for a while, which makes library editions easier to access. While there have been concerted efforts to cover an array of genres—history, philosophy, biography—most of the selections are fiction and narrative nonfiction. Recent favorites include A Gentleman in Moscow by Amor Towles, The Splendid and the Vile by Erik Larson, The Boys in the Boat by Daniel James Brown and The Overstory by Richard Powers.

For the sake of polite company, they avoid politics, though news headlines have a way of seeping into the conversation. “What is happening in the world is usually not related to our choice of books,” Hyman says, “but often current events come up in discussion.”

Quinn can’t help drawing parallels between the violence that surrounded the packhorse librarians of the Great Depression and the pervasive gun violence of today. “In a rough society, the presence of guns means you have enormous amounts of violence,” she says.

As the critique of The Giver of Stars and Troublesome Creek continues, others find fault with what they see as trite plotlines and predictable happy endings. “This is a Romance Channel-style narrative arc,” one reader laments.

The club occasionally organizes field trips around specific books. They visited the Phillips Collection to see the Pierre-Auguste Renoir painting Luncheon of the Boating Party after reading the novel of the same name by Susan Vreeland. Another outing took them to an IMAX film on monarch butterflies on the heels of Flight Behavior, Barbara Kingsolver’s novel featuring the migratory insects.

Hyman describes the literary discussions as an escape from the routines, relationships and pressures of daily life. “We’ve got military wives, civilian wives, career women,” she says. “Even though we don’t socialize with each other so much—some do, some don’t—the time that we do spend together at these meetings means so much to me.”

Back in Palumbo’s living room, guests nibble on cookies as Swain quotes from The Washington Post’s review of The Giver of Stars.

The book, she reads, “is a celebration of love, but also of reading, of knowledge, of female friendship, of the beauty of our most rural corners and our enduring American grit.”

Having seen each other through so many of life’s changes over five decades, and being bound together by a love of books and conversation, The Book Club is, in its own way, a celebration of reading, female friendship and true American grit, too.

Kim O’Connell is a former English major based in Aurora Highlands whose favorite book-related memory is meeting her childhood idol, Judy Blume. 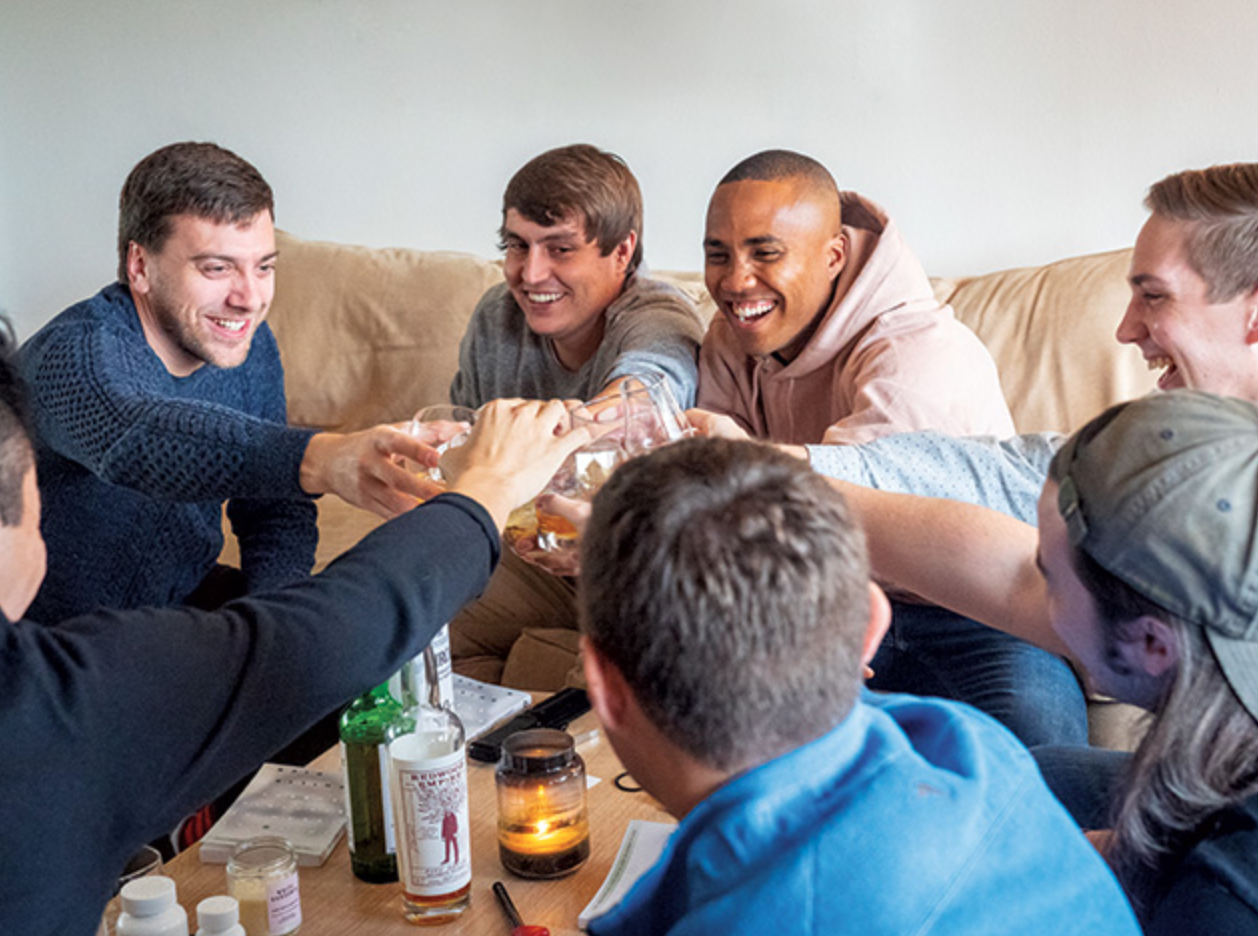 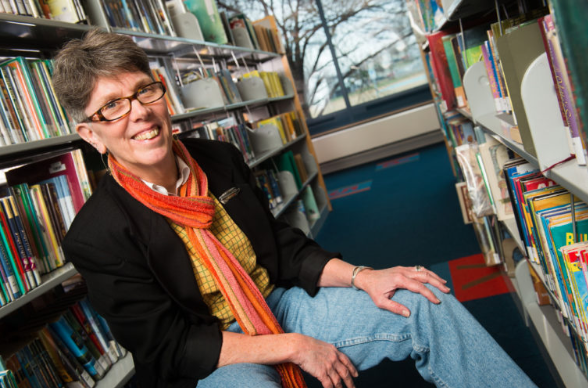 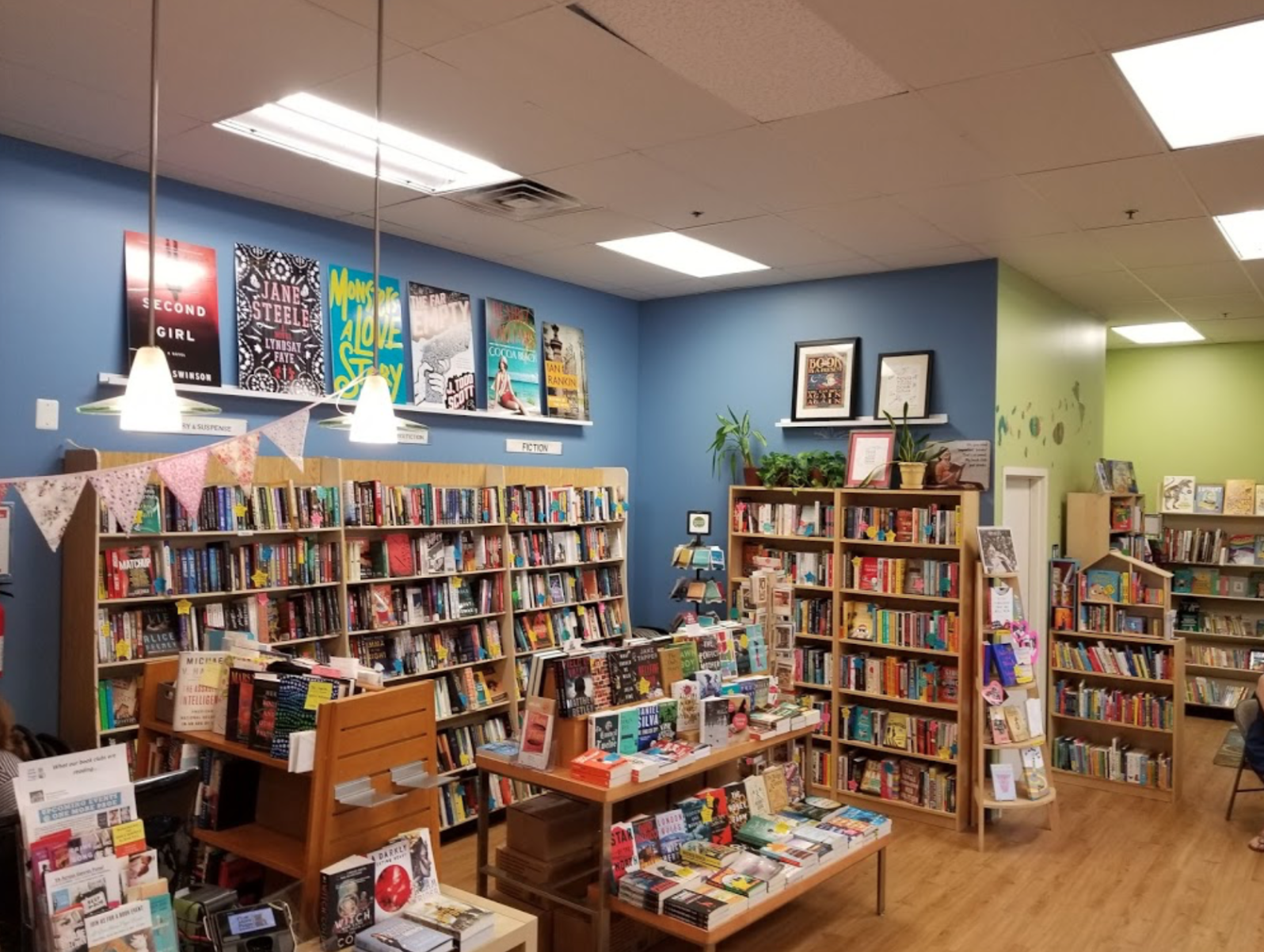