Arthur Ashe vs. the Amateurs

How local surgeon Robert Nirschl's videotapes of pro players and club leagues at Washington Golf and Country Club led to a pioneering treatment for tennis elbow. 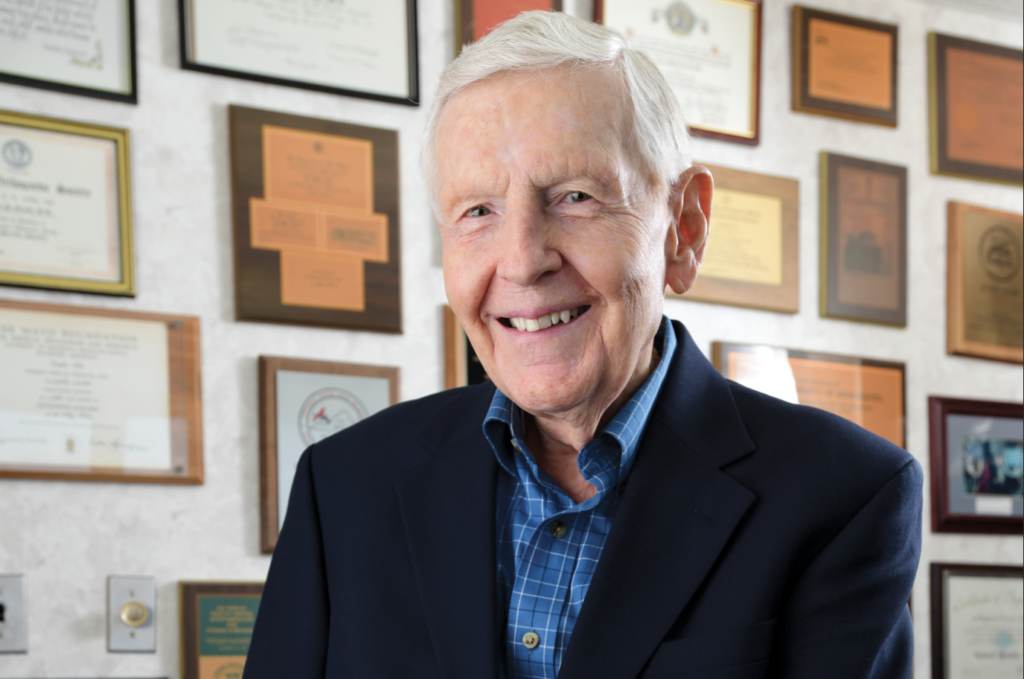 In the late 1960’s, Robert Nirschl felt pain in his elbow after a game of tennis. As an orthopedic surgeon, he knew something wasn’t right. He went searching for answers in several prestigious orthopedic journals, but found none.

“They basically said, ‘We’ve never seen a tennis player with an [elbow] problem,’ ” says the McLean resident, now 85. “It was clear that these guys didn’t know anything.”

So he conducted his own research. Securing permission to film the U.S. Davis Cup team during its 1970 finals against West Germany, Nirschl was able to record and analyze the strokes of world-class players, including tennis legend Arthur Ashe. Then he took his camera to Tuckahoe Recreation Club in McLean and Washington Golf and Country Club in Arlington.

“It was pretty funny because [the country club players] would say, ‘The doctor is coming to film us playing. He must think we are really good,’ ” Nirschl recalls. “No, I was filming them because they were really bad.”

In comparing the swings of pros and amateurs, he realized why some ended up experiencing the pain that would become colloquially known as “tennis elbow.” It was a problem of bad mechanics and muscle imbalances. And here’s the revolutionary part: The surgeon’s recommended course of treatment didn’t involve surgery.

The son of a dentist, Nirschl grew up in suburban Milwaukee as a player and lover of sports. In high school he lettered in football, basketball and tennis. He remembers visiting his grandmother in Green Bay and watching the NFL’s Packers practice in a public park across the street from her house.

“That would be like watching the Redskins practice in Bluemont Park in Arlington,” he says.

He attended Holy Cross in Worcester, Massachusetts, followed by Marquette Medical College back in Wisconsin (where he met his wife, Mary Ann), and completed his orthopedic residency in 1963 at the Mayo Clinic in Rochester, Minnesota. During the early years of the Vietnam War, he served in the U.S. Navy as a surgeon. Stationed in New York City, he treated people who had been injured overseas.

“I had like 80 patients at one time who were military injured,” he recalls. “It was an experience.”