Asian Americans were underrepresented in the stories of Wendy Shang's youth. Now she’s writing the books she always wanted to read. 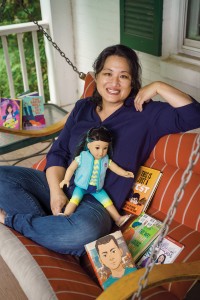 When Wendy Wan-Long Shang was approached by an editor at American Girl in 2020 about writing novels for a new doll character, her first thought was, This must be a scam. But it wasn’t. Her agent confirmed the offer was legit, and Shang wrote the story of Corinne Tan, the franchise’s first Chinese American “Girl of the Year,” released in 2022.

Though American Girl chose the character’s name, location (Aspen, Colorado) and hobbies (skiing, puppy training), Shang, an award-winning author, brought a deep authenticity to the storytelling. In the book, a bully accuses Tan of having “kung flu” and the “Chinese flu”—insults she isn’t quite prepared to handle. Those chapters present an unflinching acknowledgment of the hate speech and violent crimes against Asian Americans that spiked during the pandemic.

Shang writes from experience, having felt the sting of racial harassment growing up in Northern Virginia. She remembers the day in 1976 when her mom came home to find broken glass on the floor of their home in Vienna. A neighbor who had been fired from his job and replaced by a Hispanic worker had retaliated by shooting at the nearest minority household he could find.

“I guess we were the closest thing he had,” says Shang, now 54 and a resident of Falls Church.

Her parents never talked much about the incident, although they did take the neighbor to court, fruitlessly pursuing an apology that never came. A year later, her family moved to another part of Fairfax County.

As the daughter of college-educated immigrants who came to the U.S. in the 1950s during the Taiwanese “brain drain” of that era, Shang was “raised very conservatively.” She wasn’t allowed to have her ears pierced or go on sleepovers, but her parents did let her go to the library alone and “literally bring home any book,” she says, “because to them, all books are good.”

Relishing that freedom, Shang became an avid reader who also noticed a dearth of Asian American characters in American books and culture. She recalls her Asian American role models being limited to Mr. Sulu from Star Trek, a few ice-skaters, and the Calgon commercial featuring a couple with their “ancient Chinese secret” for cleaner clothes.

After earning both an undergraduate and a law degree from the University of Virginia, she spent five years at the American Bar Association, working on juvenile justice policy, before leaving the workforce to raise three children with her husband, David Harrington.

One day she received an invitation to attend her 20th high school reunion at Robinson Secondary School in Fairfax. She didn’t go, but the milestone prompted her to reflect on what she still wanted to do in her life: write children’s books.

For starters, middle-grade books. “There’s that agency that the [middle-grade] characters have,” says the author, recalling her love of books like Harriet the Spy. “They’re discovering the world, and it’s a really fun genre to write in.”

In 2006, Shang took classes at The Writer’s Center in Bethesda, studying with local children’s book author Mary Quattlebaum. Her talent was confirmed the following year when she received a 2007 Society of Children’s Book Writers and Illustrators (SCBWI) work-in-progress award for the novel The Great Wall of Lucy Wu.

In the novel, Wu, a sixth-grader who loves basketball and interior design, grapples with the stresses of sharing her bedroom with a relative, managing a bully and attending a Chinese school.

In her most recent book, The Secret Battle of Evan Pao, Shang re-created the gunshot incident from her childhood, but changed the ending so that the characters find forgiveness and reconciliation. The story’s protagonist, Evan Pao, is also surprised to discover—while researching possible roles for a Civil War reenactment at his school—that Asian soldiers fought in that war.

“I was blown away by that,” Shang says, recalling her own reaction to this little-known fact, which is seldom taught in schools. Set in rural Virginia and released in June, the book received a starred review from Publishers Weekly.

Racial tensions remain an undercurrent in the author’s life and work. She watched in horror as books containing candid portrayals of racism were pulled from school shelves in parts of the country earlier this year.

In 2020, the Asian American girlfriend of her oldest son was singled out and spit on in Montgomery County, Maryland. (The girl didn’t call the police or press charges; she was “too shocked.”)

“Even the little things that don’t make the news can be really devastating,” Shang says. “It makes you feel unsafe.”

Putting her law degree to use, she has been doing work for the Baltimore-based Pretrial Justice Institute since November of 2016, focusing on racial justice issues such as prolonged pretrial detentions and costly bail.

At the same time, Shang is seeing the positive impact of her books. This spring, at an event hosted by the Virginia Children’s Book Festival in Farmville, she met a 5-year-old Filipina who’d previously told her mom she wanted “to be White.”

The girl arrived with her Corinne Tan doll in tow, sporting an aqua stripe in her hair (like Tan has). She was excited to meet one of her favorite authors and was finally seeing herself in literature.

Shang says her nine books (plus a 10th set for release in 2023) are intended to entertain, but “also to give kids a chance to imagine themselves as different people and to create empathy for people who are not like them.”

Several of those stories—including a picture book, The Rice in the Pot Goes Round and Round, and Not Your All-American Girl, co-written with Arlington author Madelyn Rosenberg—address “this idea of what it means to be an American, not just in terms of citizenship, but in terms of feeling like you belong,” Shang says. “You can be an American but not always feel like you’re seen as one.”

As a child, she sought that sense of belonging. Now she inspires it in young readers. 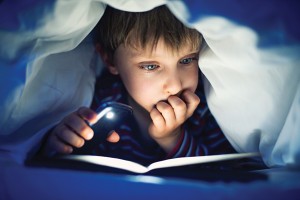 How to Raise a Reader 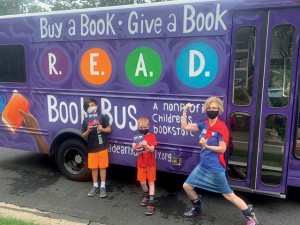 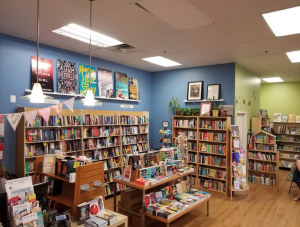