Ever tried the freestyle obstacle-course workout known as parkour? Here's your chance. 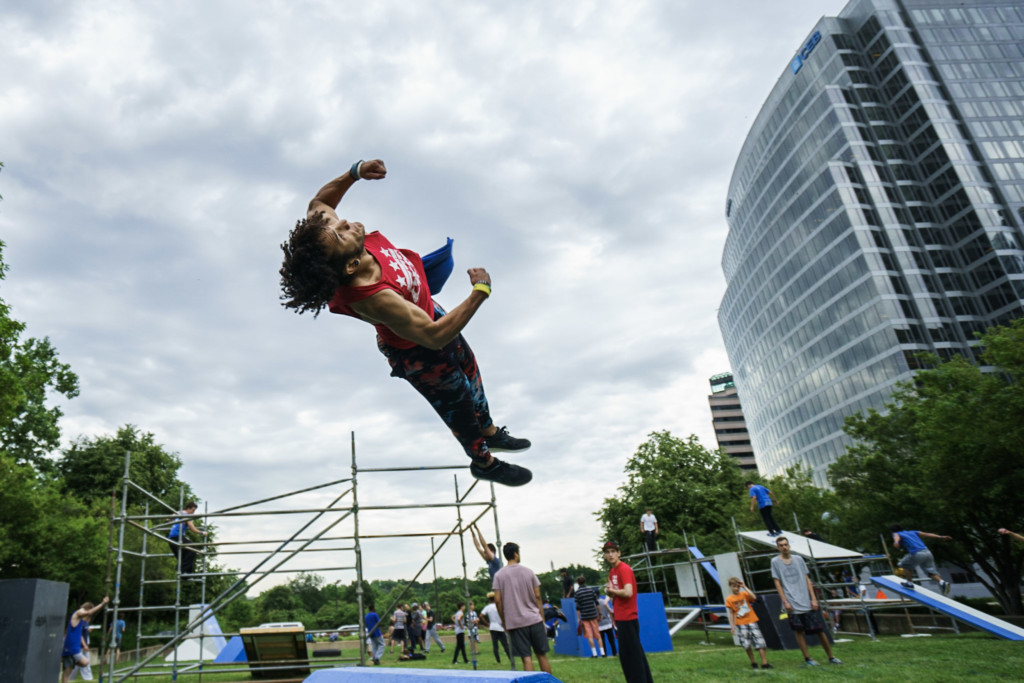 Have you always had a secret desire to become a ninja warrior? Then here’s what you’re doing Memorial Day Weekend.

The 14th annual international Beast Coast parkour festival returns to Rosslyn’s Gateway Park May 25 and 26, and it’s an invitation to move.

Parkour—also known as “free running”—is a hybrid sport, evolved from military training exercises, in which competitors race through a series of obstacles, incorporating acrobatic jumps, flips and rolls. The elements and maneuvers are somewhat similar to those seen on NBC’s American Ninja Warrior, except that parkour (derived from the French word parcours, which translates as “the way through”) emphasizes engaging with the existing urban landscape by navigating and scaling elements such as staircases, bridges and concrete walls. It’s kind of like skateboarding minus the skateboard.

Hosted by American Parkour, Rosslyn’s Beast Coast event promises appearances by some of the sport’s biggest names, including Dom Di Tommaso, Joe Scandrett, Calen Chan, Luke Albrecht, Charlie Havill, Chad Zwadlo and Seth Ruji. But it will also include demonstrations, workshops and guided workouts for participants of all ages and skill levels—including beginners. 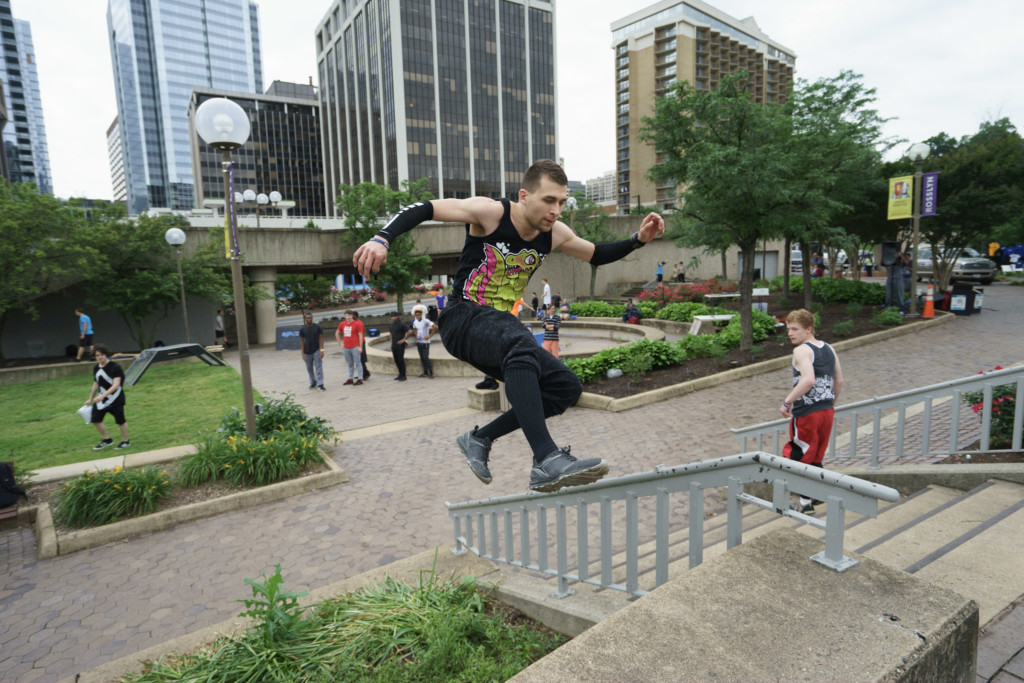 “People will say, ‘That’s amazing, but I could never do that,’ and that deters them from trying.” 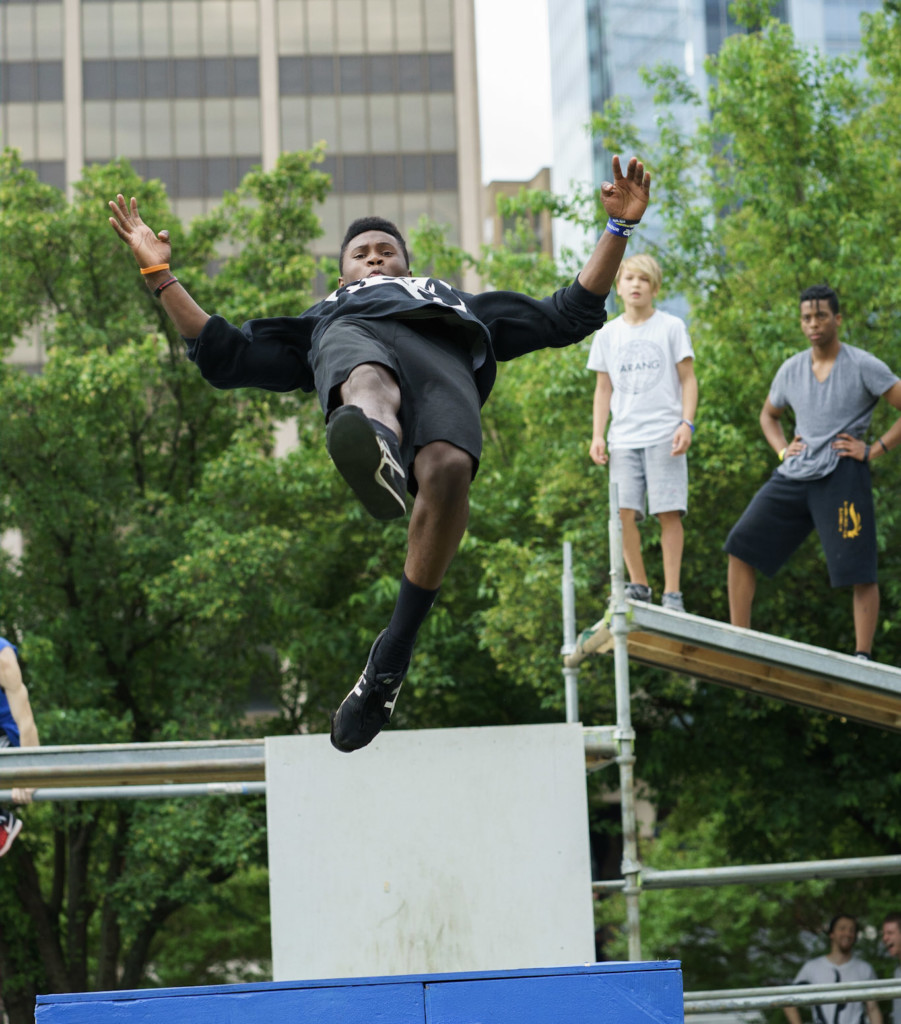 The event will include a course for kids ages 6 to 12 (parents are required to stay on the premises), food and beverage tents and a DJ spinning tunes.

Tickets ($10-$60) can be purchased for individual workshops, single days or the entire weekend. Register here as a participant or spectator. 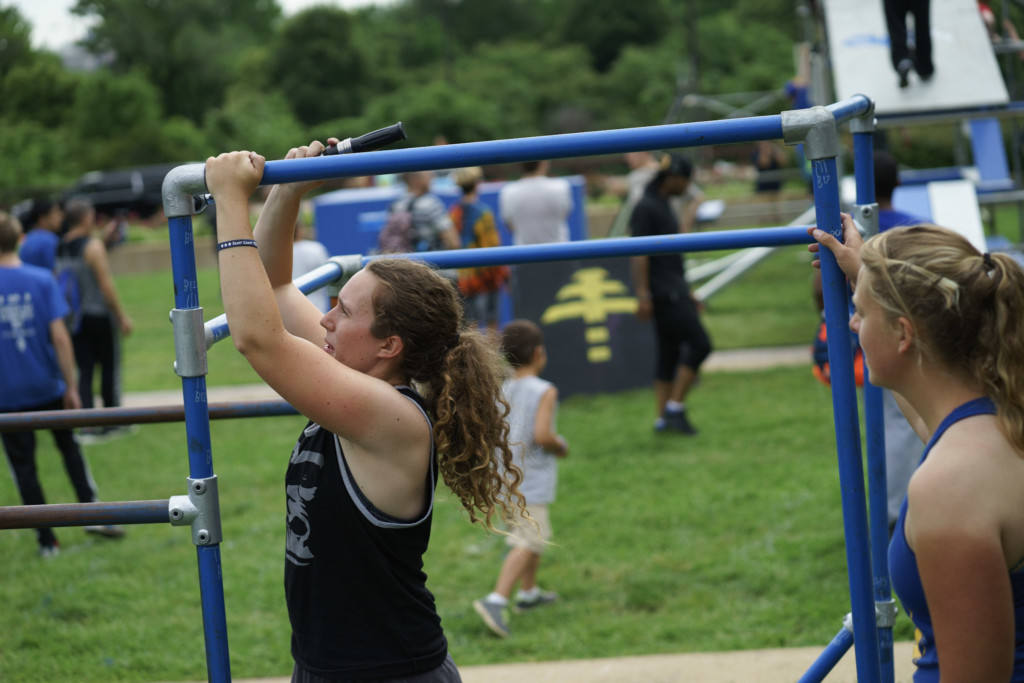 Although parkour can be competitive, Beast Coast is really designed for fun, says Toorock, who has worked with participants of all ages, even some some adventurous souls in their 80s. “We call it a jam. It’s sort of a festival. People get together to train and explore. Our goal is to build a community of people who like to move, or [appreciate] the joy of movement.”