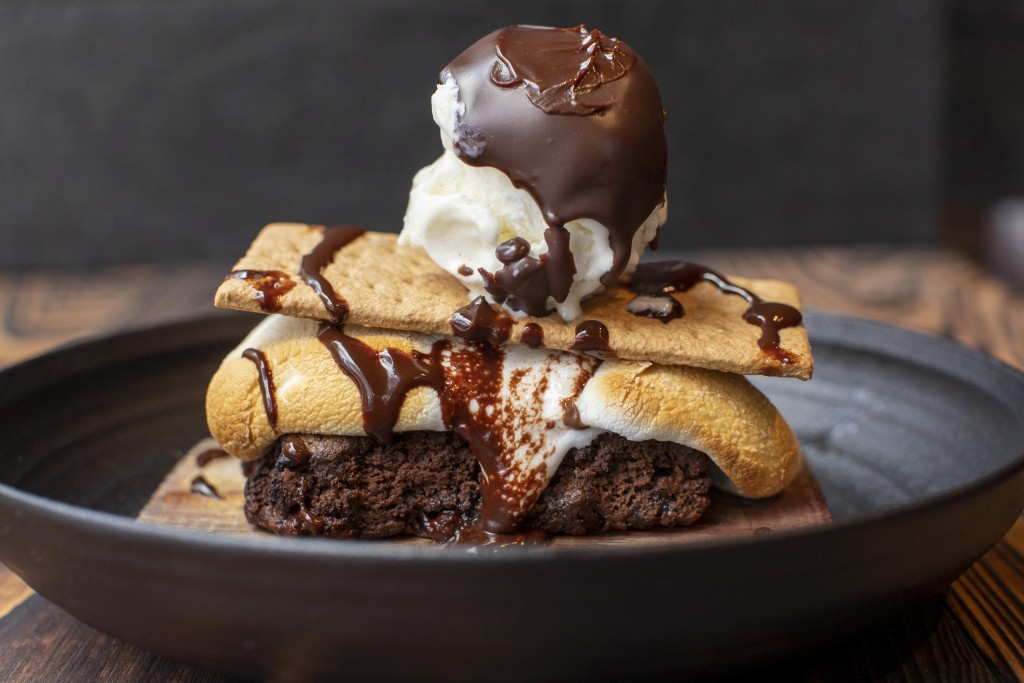 Smokecraft Modern Barbecue opened in late July, and the timing almost feels prescient, given that barbecue and its sides are perfect comfort foods to soothe our pandemic-weary souls. Restaurateur and pitmaster Andrew Darneille produces some mighty fine wagyu brisket, St. Louis pork ribs, pork butt, whole chickens, chicken wings, turkey and sausage from his Southern pride smokers, and he has a few other tricks up his sleeve, too. Among them: deviled eggs made with smoked avocado; pork belly burnt ends; a smoked beef tri-tip for a riff on the traditional French Dip sandwich; and a s’mores dessert made with a cedar plank-smoked brownie, toasted marshmallow, vanilla ice cream and chocolate-orange ganache. D.C.-based GrizForm Design Architects masterminded the restaurant’s rustic space, which, as of press time, had socially distanced seating for 52 inside and 38 outside. Be sure to sip on some of mixologist Lauren “LP” Paylor’s clever cocktails, such as Smoke on the Water, which features Catoctin Creek rye, spiced honey and angostura bitters. –David Hagedorn 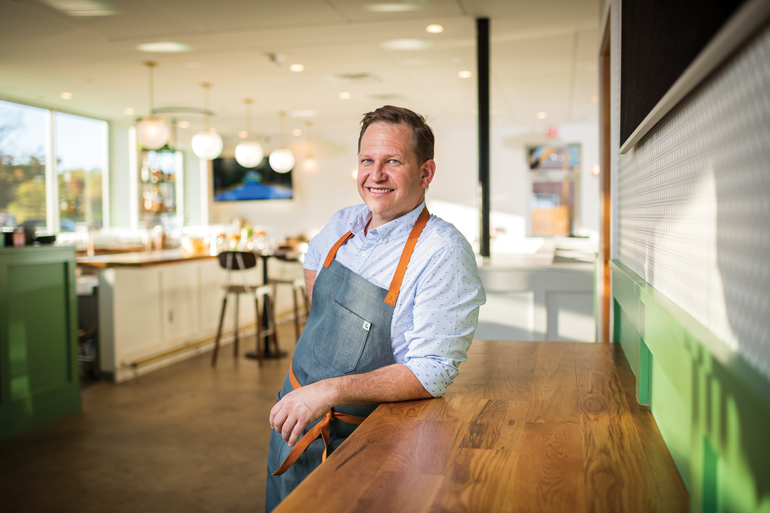 The Carolina-born chef who earned his bona fides at Charlie Palmer Steak, Range and, most recently, The Liberty Tavern Group (where, as executive chef, he oversaw the kitchens of The Liberty Tavern, Lyon Hall, Northside Social and Liberty Barbecue) now has a place of his own. In September, Matt Hill opened Ruthie’s All-Day in Arlington Heights with business partner and beverage director Todd Salvadore. Centering on a Southern “meat ’n’ three” concept, it’s a homey, easygoing spot serving happiness in the form of house-made biscuits, fried chicken, mac ’n’ cheese (a family recipe passed down from the chef’s grandmother, the restaurant’s namesake) and a few choice surprises, like crispy Brussels sprouts in fish-sauce vinaigrette and charred kimchi dirty rice. On the protein front, Hill is cooking with serious fire power, courtesy of two smokers and an Argentine-style grill, and his barbecue (brisket, ribs, pulled pork shoulder and more) is some of the best in the area. Don’t leave without ordering the “campfire cookies” made with smoked butter. –Jenny Sullivan 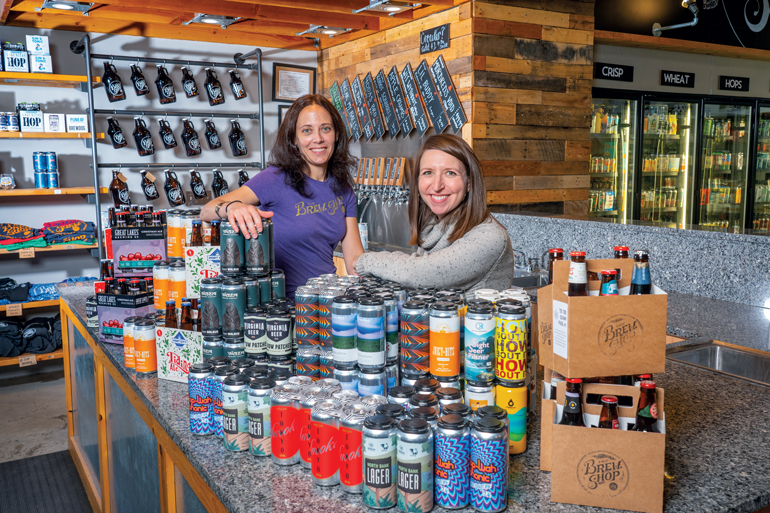 “People used to go out Friday and Saturday nights,” says Beth Helle, co-owner of The Brew Shop in Courthouse, but Covid has changed how and where we imbibe. Nowadays we’re stocking up on beer and wine to consume at home, by the fire pit or during socially distanced driveway happy hours. When the pandemic began, Helle and fellow proprietor Julie Drews moved their retail operations online and began meticulously posting photos of every item they carry—not an easy undertaking given that small-batch brews and wine are their stock in trade, and their inventory is constantly changing. “Maintaining [the website] has been a labor of love,” Drews says. Each week they have to swap out 40 or more craft beers, once the latest blackberry gose or seasonal stout is tapped out. The shop also carries thousands of home brewing SKUs, including at least 70 different kinds of hops and malts—items that have become hot commodities as a growing number of suds lovers are trying their hand at beer-making. Helle and Drews have some expertise in that area. Both are former CPAs who met while working as litigation consultants, but after a weekend of home brewing together with their husbands, the women decided to venture into retail in 2016. “We wanted to make the shop appealing for everyone and break the boundaries of what the stereotypical home brew store looks like,” Helle says. “We wanted to make it a place where everyone feels comfortable.” –Lisa Rabasca Roepe 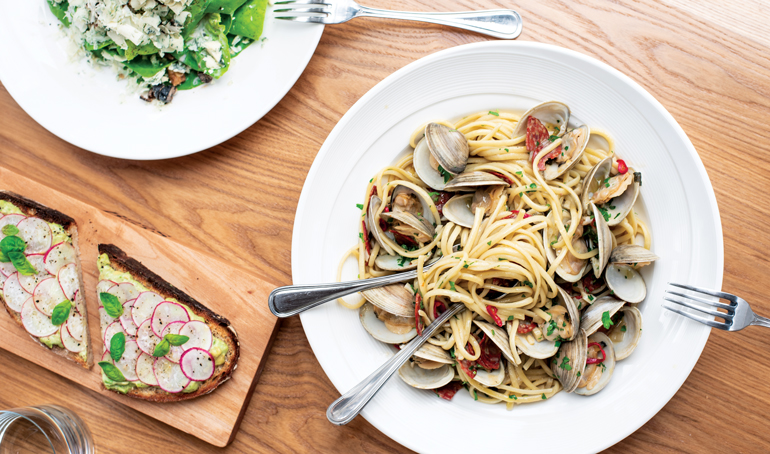 Pasta with clams at Thompson Italian. Photo by Kelli Scott

When in doubt, you can always find solace in pasta and dessert. Gabe and Katherine Thompson, who previously owned a string of successful restaurants in Manhattan, opened their Falls Church City trattoria to rave reviews in August 2019—just enough time, Katherine says, to gain a footing and build a loyal clientele before the world turned upside down. In March, the husband-and-wife chefs (she does pastry; he oversees the savories) shut down for two weeks before reopening on April 2 as a takeout-only operation. Now, in addition to the a la carte carryout menu, the kitchen packages up fresh, house-made pastas and sauces that customers can assemble at home; fully cooked or oven-ready supper trays that feed four to six; and spectacular dolci, sold in single-servings or whole ensembles. If Gabe’s garganelli with beef Bolognese sauce doesn’t inspire you to place an order, Katherine’s Oreo-ish cookies—crispy dark-chocolate wafers filled with vanilla white-chocolate buttercream—will. (They come 10 to a box.) Thompson Italian is aiming to resume on-site outdoor dining in March of 2021. –David Hagedorn 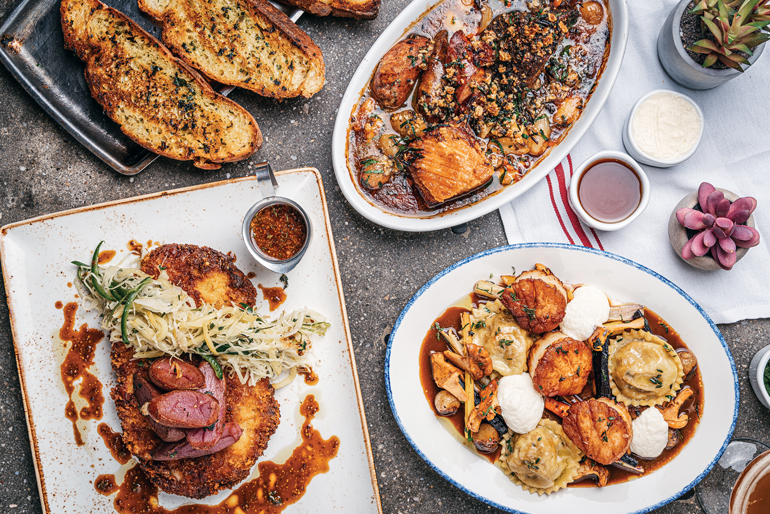 Reader Pick
Restaurant You Missed Most During Quarantine

Regulars were bereft when the Harlan family’s Clarendon bistro closed in late March after two employees tested positive for coronavirus. But both staffers recovered and the restaurant came back better than ever, reopening in May with a new chef at the helm—Tracy O’Grady, whose beloved Willow restaurant ended its 10-year run in Ballston in 2015. “What makes Green Pig Bistro so special is that it’s all about the staff and the guests,” says O’Grady, a Falls Church resident whose most recent venture, Campono, in D.C.’s Watergate complex, shuttered in March after the Kennedy Center went dark due to the pandemic. She says she’s happy to be cooking closer to home for a small, independently owned business that takes good care of its people. “The Harlan family made sure everybody got paid, even before PPP [loans],” she says. “People consider this their neighborhood restaurant.” Pork is still king here (per the name), and we could make a habit of O’Grady’s crispy Gruyere-stuffed schnitzel with mustard sauce. But she has also introduced a few new dishes to the menu, including some enticing vegetarian and pescatarian options. –David Hagedorn 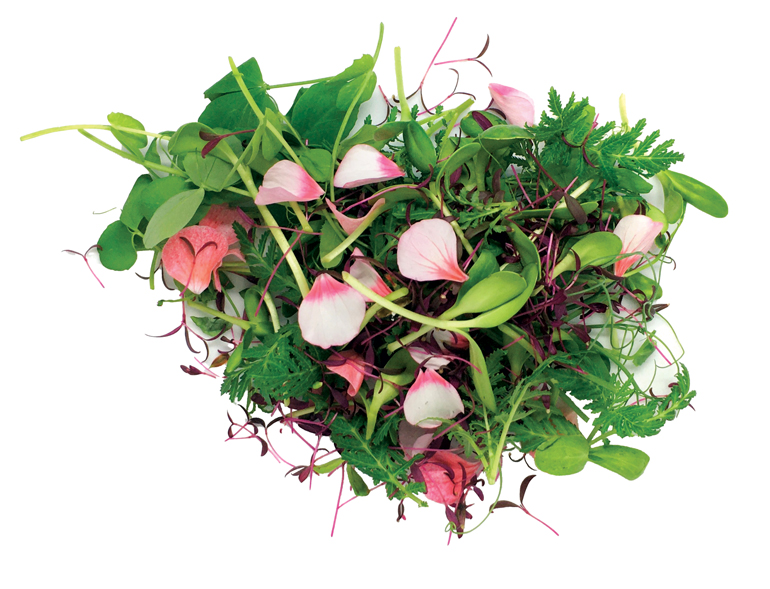 Before Covid, Ryan Pierce’s high-tech, hydroponic operation, tucked into the back of a Lee Highway strip mall, wasn’t on the radar of most consumers. Its focus was on selling high-end herbs, microgreens and edible flowers to D.C.-area chefs. Then restaurants shut down, “and we went from 100% to zero, literally over the course of a weekend,” Pierce says. So he shifted and launched a community-supported agriculture (CSA) delivery service, giving home cooks the opportunity to get in on bespoke crops ranging from artisanal lettuces and sunchokes to rare kinds of basil. Because the farm (being indoors) operates year-round, so does the CSA, which delivers to addresses throughout Northern Virginia and the District. Pierce also offers a la carte orders with curbside pickup and is currently in talks with his landlord about expanding his space. “Sometimes the biggest opportunities come out of the biggest struggles,” he says. “We hope this drives education around a more localized food system.” –Jenny Sullivan 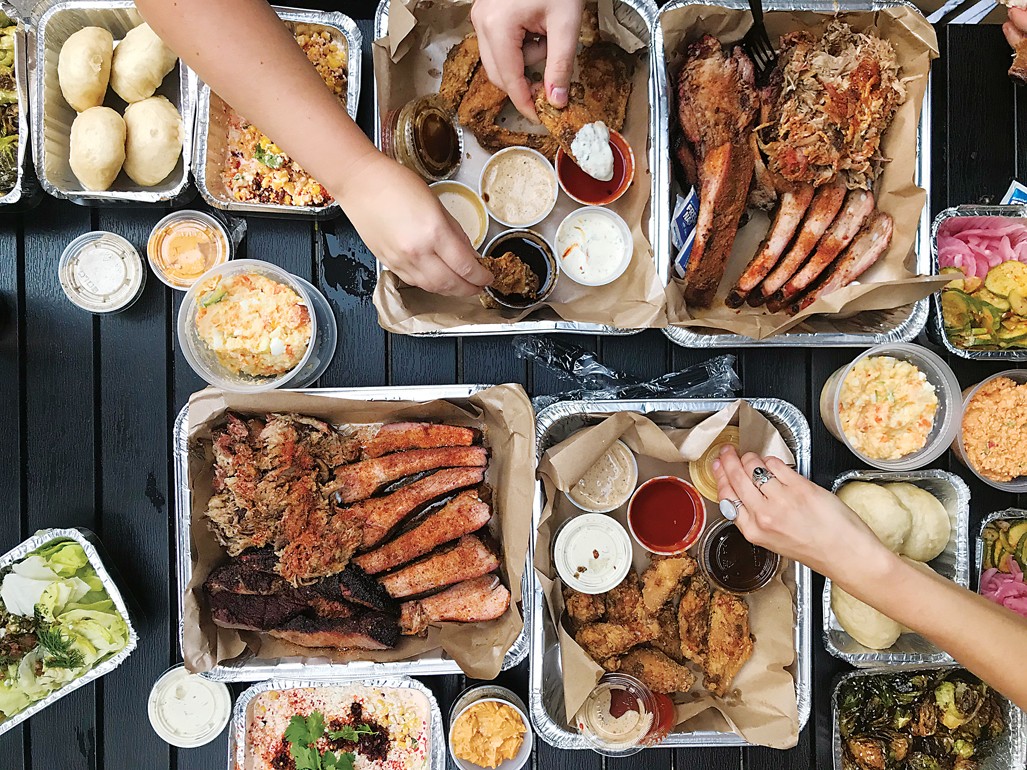 When Scott Chung and Kevin Tien started dreaming up the concept for Wild Tiger BBQ, a pop-up featuring classic ’cue with Asian flavors, they had the recipe for their signature shin ramen rub figured out, but they needed someone with expertise in the art of low-and-slow smoked meats. The problem is, most accomplished pitmasters tend to keep their trade secrets close to the vest. Sloppy Mama’s co-owner Joe Neuman—whom they knew from Ballston Quarter Market, where all three have food stands—was the exception. “A lot of people are secretive about their business and methods, but Joe was an open book,” says Chung, who, with some coaching from Neuman, is now smoking ribs and filling Wild Tiger orders from his Bun’d Up storefront in Pentagon Row. Neuman’s team, meanwhile, is tending brisket and pulled pork for Wild Tiger from its smokers on Lee Highway. (Tien remains a partner, but is currently focused on Moon Rabbit, the upscale Vietnamese restaurant he recently opened at The Wharf in D.C.) “Scott and Kevin are good guys,” Neuman says. “It’s hard times and people should help each other out, whether it’s a collaboration or just a conversation on what’s working and what people want.” –David Hagedorn 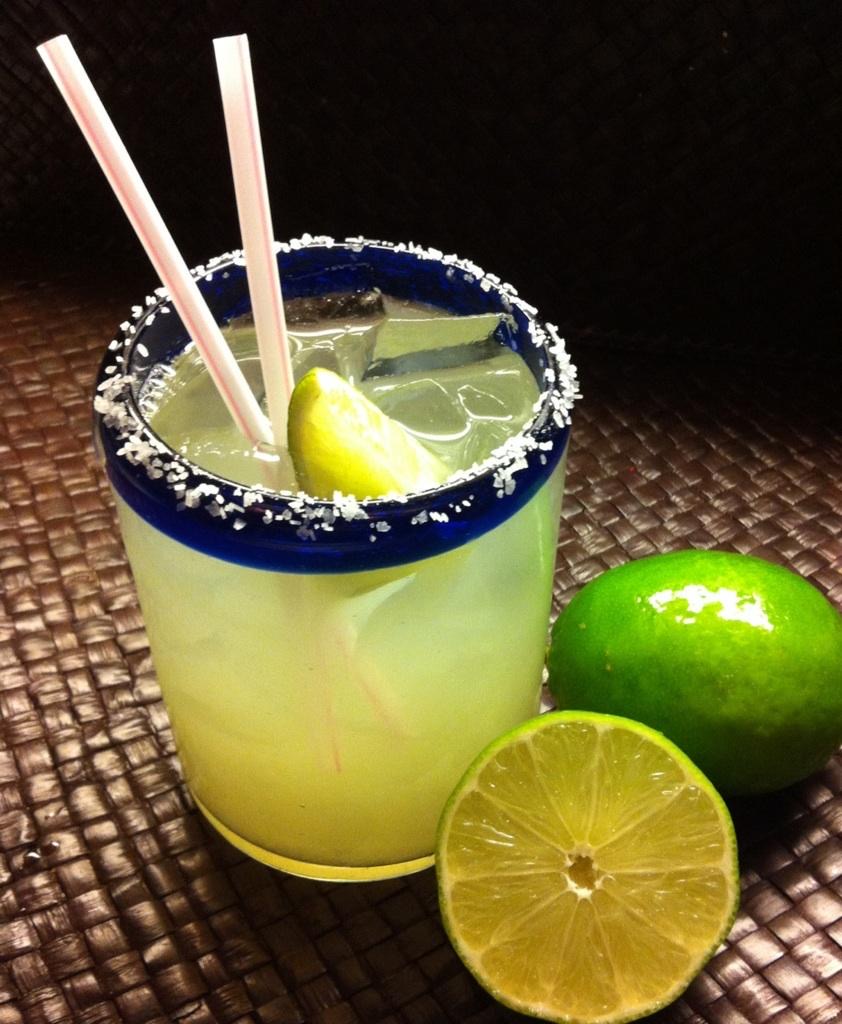 If there’s one thing we can all generally agree upon, it’s that 2020 called for a few stiff drinks. Many were happy to oblige when an April governor’s order gave restaurants a green light (temporarily, at least) to offer cocktails to go, and this local Mexican restaurant—coming up on 18 years in business—was there for us, its staff putting in the hard work of hand juicing thousands of limes for margaritas. All we had to do was close our eyes and imagine a warm ocean breeze. Co-owner Lindsay Michel [cq] says the classic marg is the most ordered at the cantina’s three locations—Columbia Pike, Lee Highway and Del Ray—but versions infused with jalapeño or habañero also give the original a run for its money. The latter obviously turns up the heat. “Habañero will burn you down!” Michel says with a laugh. Bring it. –Rina Rapuano

Early in the pandemic, Bayou Bakery chef/owner David Guas reluctantly downsized his staff and tried to make a go of it with takeout only. The model was unsustainable and the eatery closed to the public on April 1, but its kitchen didn’t go dormant. Instead, Guas joined forces with the nonprofit Real Food for Kids (which promotes healthy school lunches) and launched Chefs Feeding Families, an operation turning out nutritious, plant-based grab-and-go meals for local kids and their families, with a no-questions-asked policy and a commitment to turning no one away. Come summer, other restaurateurs signed on to the cause, including Pizzeria Paradiso chef/owner Ruth Gresser and Silver Diner chef/co-founder Ype Von Hengst. Bayou Bakery reopened for business in late August after undergoing a renovation, but Guas stayed the course with his philanthropic mission. As of Nov. 1, Chefs Feeding Families had provided more than 100,000 meals, and the effort continues. Donations are still needed, Guas stresses, “so we can continue to provide meals to those who need them.” –David Hagedorn 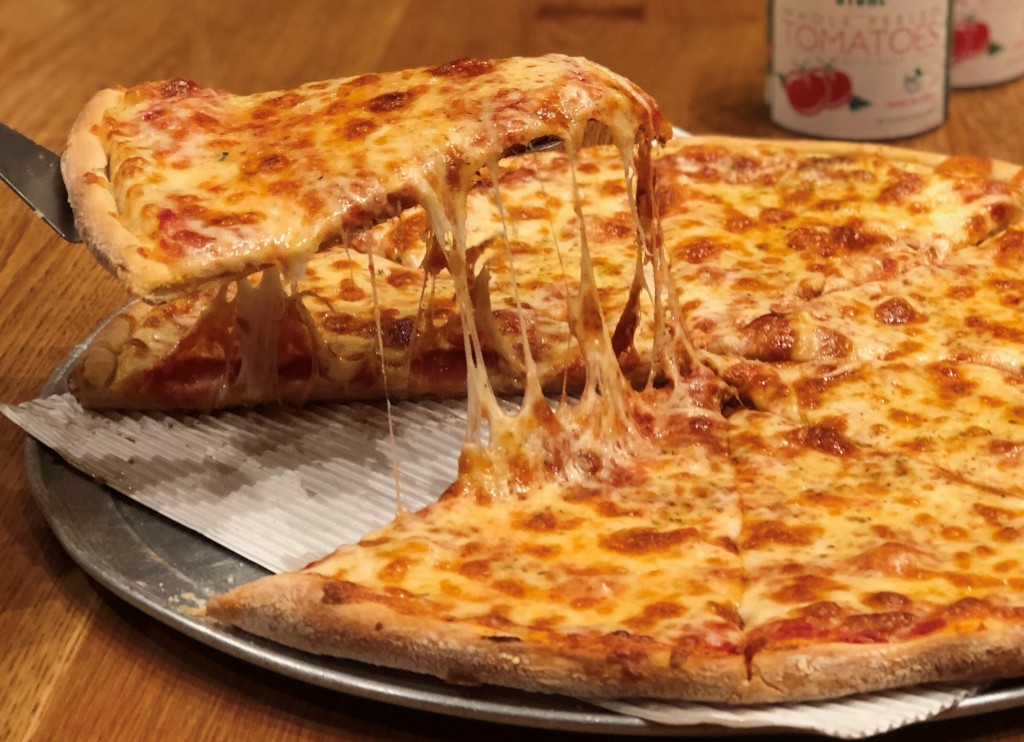 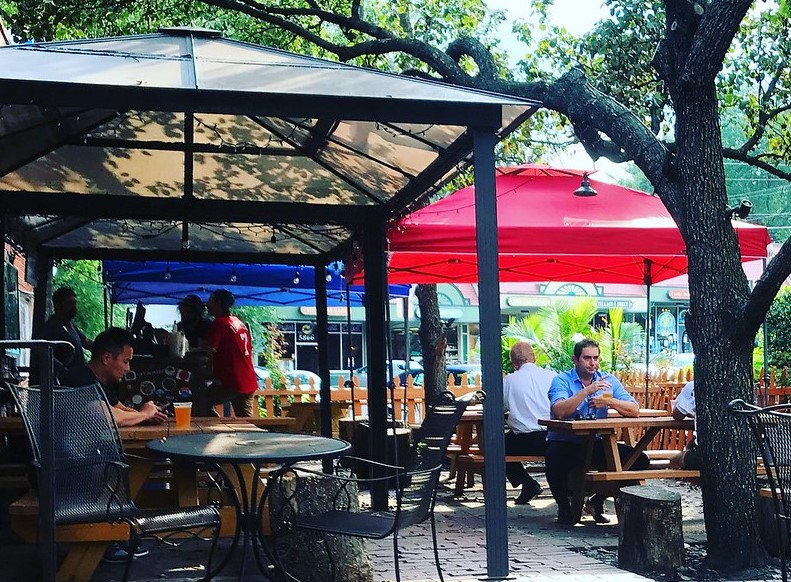 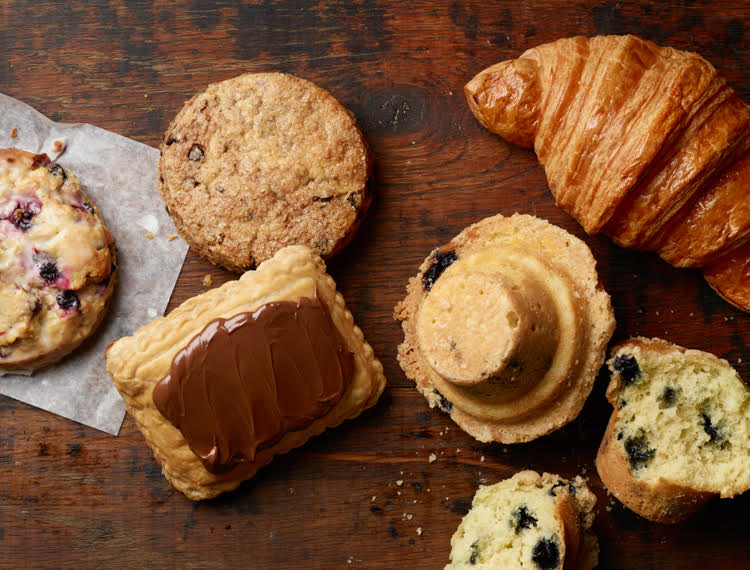 House made pastries at Northside Social 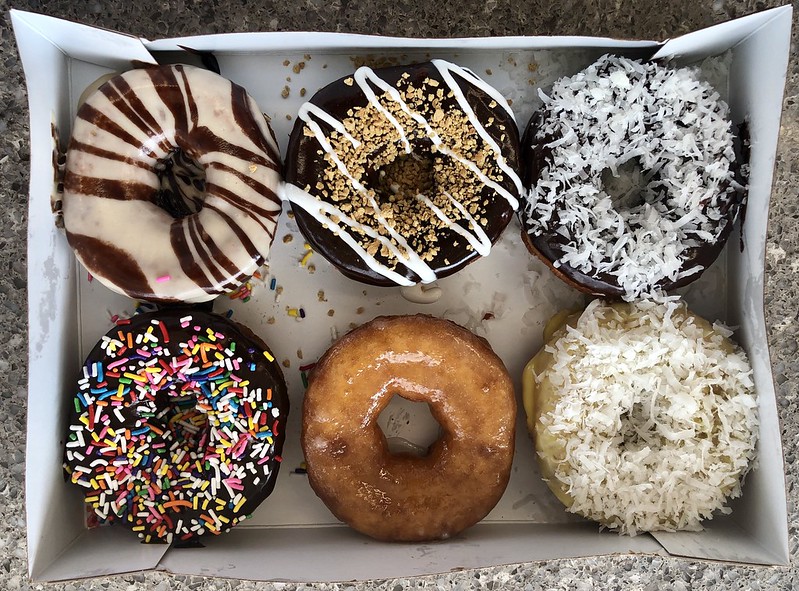 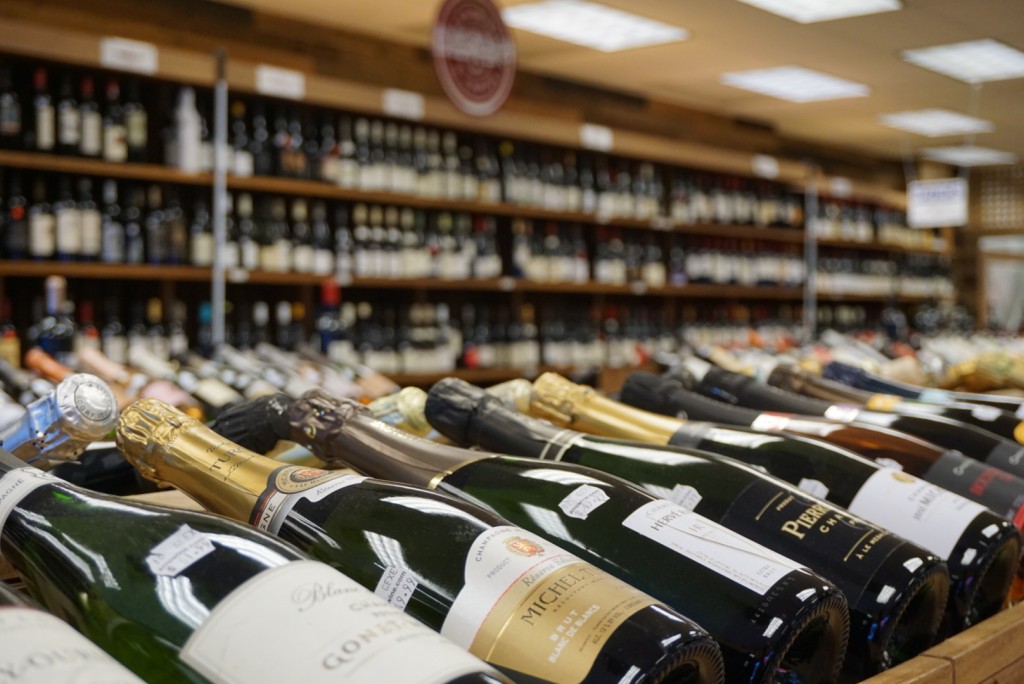