Small towns, picturesque scenery and history. The Great Allegheny Passage has all that and more. 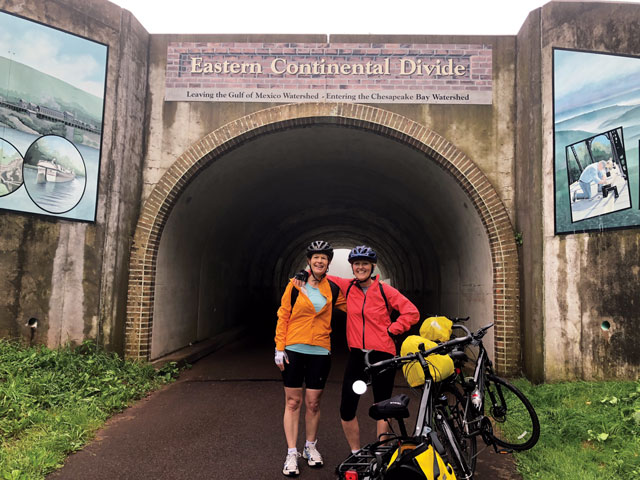 From 1973 until 2013, when the GAP trail’s full 150 miles opened, various entities—local governments and nonprofit foundations—purchased land or secured easements and converted pieces of the trail through a mix of private funds, foundation awards and competitive state grants. To enhance the visitor experience, several historic tunnels, viaducts, bridges and other railroad artifacts were rehabilitated. Some were even moved, as in the case of the ornate Bollman iron bridge near Meyersdale. 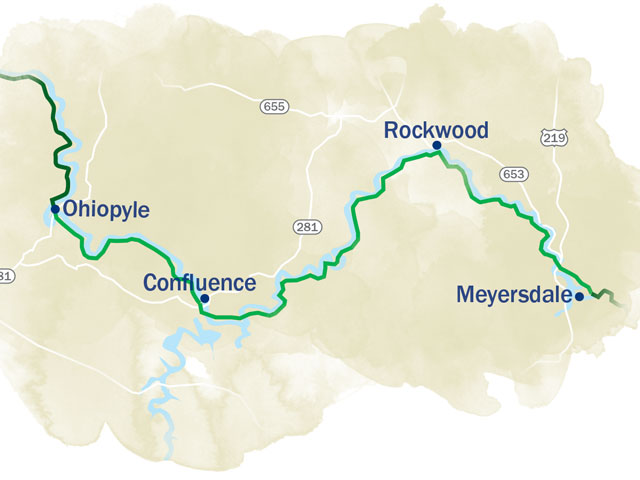 Day 2 brings us more immersion in nature. According to the GAP trail guide ($10 in most trail towns), George Washington walked these paths as he and others searched for a westward passage through the Allegheny Mountains. We ride past blooming rhododendrons, gushing waterfalls and over sturdy trestle bridges. Along the way we spot a scarlet tanager and then a large turtle as we breathe in the sweet scents of honeysuckle and hawthorn.

In retrospect, I wish I’d ridden the captivating 1,908-foot-long Salisbury Viaduct over and back again, retracing my path. The crossing sits atop a 101-foot-high steel trestle that spans the Casselman River Valley, and you can’t take in the panoramic vista of farmland and a wind farm, along with the river and train tracks below, in just one pass. It’s common to see or hear modern trains on the nearby CSX line, which now runs on the old Baltimore & Ohio line. 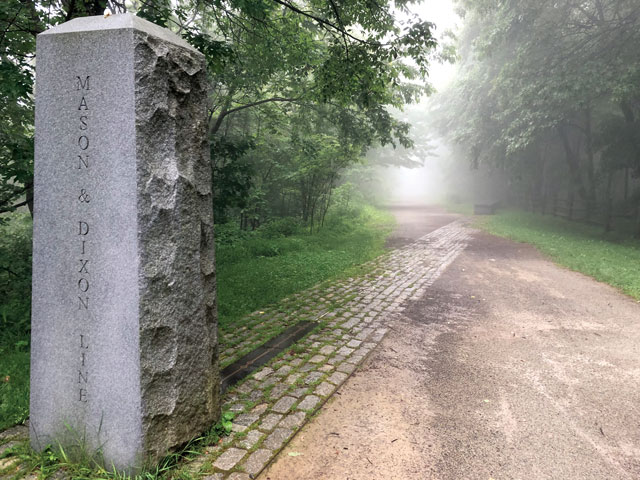 By midafternoon, with some 30 miles behind us, we arrive in Meyersdale, where we are welcomed by a bright mural highlighting the town’s history. We take a tour of the elegant Levi Deal Mansion, then relax on the front porch of Yoder’s Guest House, relishing the fact that we beat the rain.

When we tell our host, Denise Gehringer, about our plan for Day 3 (to head east to the Mason-Dixon Line and then double back, logging 24 miles round trip), she suggests riding the full 30 miles to Cumberland instead. “It’s all downhill,” she says. “Really.”

Her husband, Chuck, who is providing our post-ride transport back to our car in Ohiopyle, agrees to pick us up in Cumberland the next day. 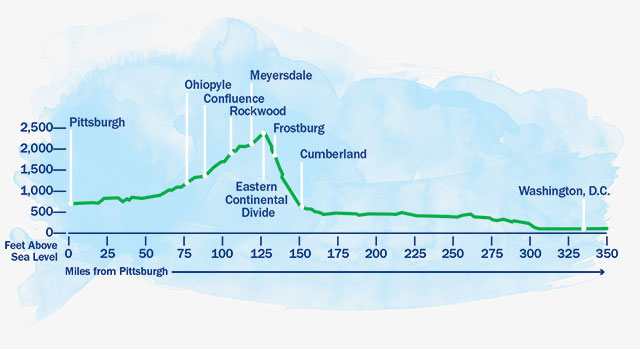 It proves to be good advice. The route takes us through picturesque tunnels originally blasted to shorten train routes, including the cool and spooky Big Savage Tunnel. With its intermittent ceiling lights, it feels like a Victorian prison and seems even longer than its 3,294 feet.

Continuing on, we cross the famous Mason-Dixon Line, which is demarcated by a brick path, and stop at the Eastern Continental Divide to cheer ourselves on, knowing that the rest of the day’s journey is downhill. We can see the college town of Frostburg, Maryland, in the distance. 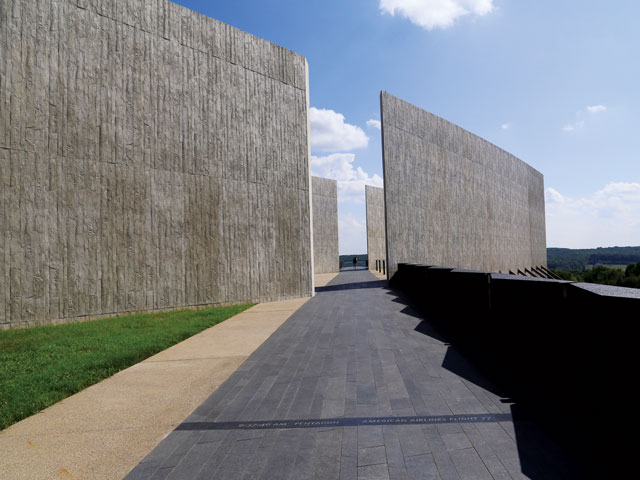 The Borden Tunnel, just north of Frostburg, is so dark I can’t see my bike; I can focus only on the light at the end of…you know. Emerging from the pitch black, we cycle into a deep mist and miss out on what are surely amazing views. Next time.

It’s Monday and Janet, a Peloton devotee who’s left Margit and me in the dust a few times, is skeptical that we can stay on schedule to beat Beltway traffic home. But we likely exceed the trail’s 15 mph rule as we fly down the steepest stretch of the route.

As we roll into Cumberland right on time, Chuck is waiting, and the now steady rain feels like a baptism of accomplishment.