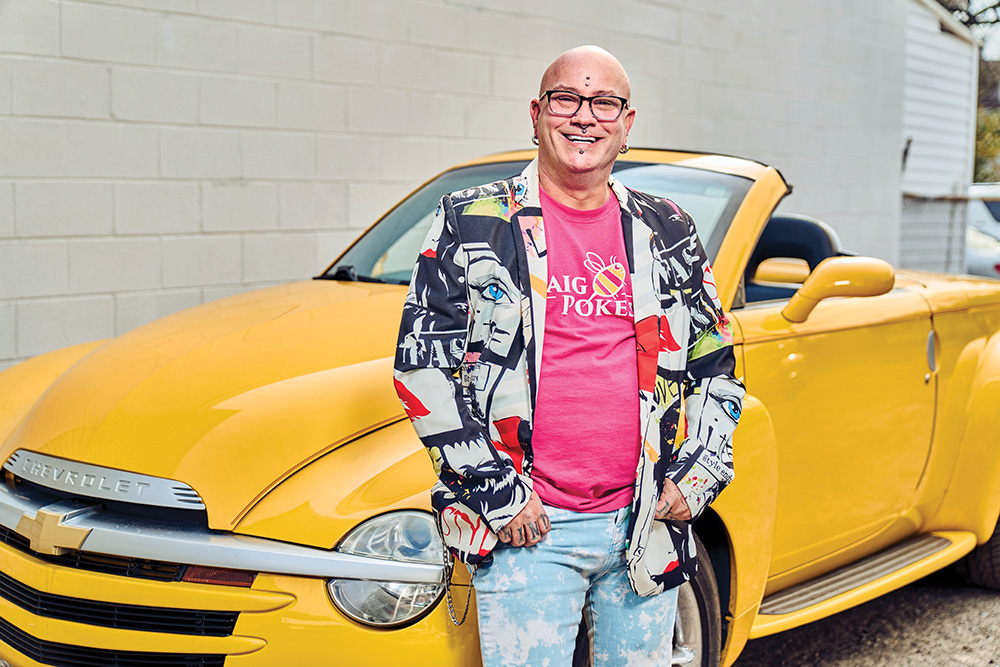 Some of his body art you can see—like the “third eye” on his forehead, the ring in his nose and the letters that spell out “kindness” on his knuckles—while others fall into the “that’s private” category, he says.

Williams, 47, is the head piercer and shop manager at CraigPokesU on Langston Boulevard, just up the street from Cowboy Cafe. It’s a delicate job that requires both emotional sensitivity and dexterity. He blings a lot of noses, ears and belly buttons, but also loves finding corrective solutions for people who weren’t pierced properly the first time—for instance, the 60-something client whose earlobes had been pierced too low decades earlier.

The fix? “We put a tiny little ring in the bottom [holes], then corrected and moved up. She got to wear the studs she hadn’t been able to wear for years, and then she’s got a cool little ring hanging off the bottom.”

Symmetry is overrated, he adds. “Nothing has to match. Your ears are two different shapes—they’re two different body parts. It’s just like they say about your eyebrows: sisters not twins. Each one is subtly different…like a fingerprint. I have one client who has 10 piercings in one ear, and nothing in the other. I love it.”

Piercings are often tied to self-image, Williams says. If someone doesn’t like a part of their body, they can change it—add something shiny. He likes helping people express themselves, or in some cases even reclaim their bodies.

“It’s not always about just a piercing—there’s always something behind it,” he says. “I’ve had clients come in to get piercings to take their body back after an assault. If you change it, it’s not the same anymore.”

Studio owner Craig Unglesbee (the name behind CraigPokesU) says every tattoo and piercing he ever received made him feel more like himself. “Whenever I got a tattoo or a piercing it made me happy,” says Unglesbee, 52, a former mortgage broker who switched careers and earned his piercing license after the 2008 housing market crash. “It was more [about] becoming the person I felt like I looked like inside.”

Unglesbee moved from Fredericksburg to Arlington in 2013 when Rick Cherry, owner of Rick’s Tattoos, posted on Facebook that he needed a piercer. Five years later, Unglesbee leased the ground-floor space below Rick’s (a former barbershop) and opened a dedicated piercing studio. He furnished the waiting room with pieces he’d found at Amish antique shops, including a vintage tea set and a china cabinet.

“Our customer base has always been dominated by women and young girls, so I wanted to make it softer than a tattoo studio. More friendly,” Unglesbee says. “It’s like grandma’s living room.”

Today, the tattoo and piercing parlors complement each other and share many of the same clients.

The piercers at CraigPokesU are licensed through the Virginia Department of Professional and Occupational Regulation and are serious about safety and sterilization, using only 14-karat gold or medical, implant-grade titanium. “We don’t use mystery metals,” Unglesbee says. “The titanium we use is the same thing they use to do hip replacements.”

Tired of snow and winter, Unglesbee moved to Florida three years ago after he slipped on ice and fractured his shoulder, leaving Williams in charge of the day-to-day. “Blake is amazing,” he says. “He is the kindest, sweetest, most generous person I’ve ever met.”

Williams grew up in Sylacauga, Alabama, about 50 miles southeast of Birmingham, and dropped out of school in seventh or eighth grade (he can’t remember). “I was a bad kid,” he says.

He eventually earned his G.E.D., graduated from community college with a degree in welding and was working with his father at a fertilizer company when the plant burned down. The company relocated them both to Ohio, and a month later instated a nepotism policy and said one of them had to leave. “Obviously, it was going to be me, and not my dad,” Williams says.

He started hanging out at a tattoo parlor in Orrville, Ohio, outside of Akron, trying to decide which dragon tattoo to get. (“Dragons are protectors,” he explains.) “I am not a snap decision person. I was there every day for a week. The lady who owned the shop said, ‘We like you. Do you have a job?’ ”

She hired Williams to help clean the store. “Every time I saw someone walk out of the piercing room, they always had a smile on their face,” he recalls. An apprenticeship followed and he got his piercing license.

Williams was back in Alabama and living with his mom, a retired school bus driver and substitute teacher, when he ran into Unglesbee in 2015 at a professional piercing conference in Las Vegas. “We’d met four years earlier,” Williams says. “I walked over to talk to him and he said, ‘Hey, I know you’re good where you’re at. But I really need some help.’ ”

He moved to Arlington and became Unglesbee’s right-hand man.

Today Williams lives above the shop with his two cats—Tre, a three-legged orange tabby, and Gizmo, a long-haired Norwegian Forest cat. When he’s not working, he likes riding his ’96 Harley-Davidson Heritage Softail or driving around town in his bright-yellow 2005 Chevrolet SSR convertible pickup truck.

He rebuilds transmissions and car engines for fun. If a staff member needs a headlight replaced, he’s happy to do it. “I just like to be able to help people,” he says.
The studio also benefits from his handiwork. Over Christmas, he laid new hickory laminate floors. During the pandemic lockdown, he gave the interiors a fresh coat of paint—a sunny yellow hue called “ice cream parlor” in the waiting area; bright purple in the piercing rooms.

In recent years, word of mouth has made CraigPokesU a go-to for moms (including members of Mothers of North Arlington and Moms Run This Town) whose children want their ears pierced. One mom’s appreciative Facebook post went viral after her daughter changed her mind during the appointment and Williams stopped immediately.

“She was embarrassed,” Williams remembers. “I told her there’s nothing to be embarrassed about. If you don’t want to do this, you don’t have to.”

A year later, the little girl came back to the shop and said, “I’m ready.”

Williams has a firm policy against piercing babies’ ears. The person receiving the piercing has to be old enough to consent, he says. If a child changes their mind at any point, he won’t go forward—no matter what the parents say.

“If you don’t want something to happen to your body, and you say no, it should stop,” he says. “Not just about piercing, but about life. We want children to learn at an early age the power of the word ‘no.’ The only one who can control your body is you.”

The studio usually engages two piercers simultaneously when piercing a child’s ears. “It’s kinda like synchronized swimming,” Williams says. “We tell them to breathe in like they’re smelling a flower, and blow out like they’re blowing a birthday candle. And when they blow out—that’s when we pierce. There are no surprises.”

He wants every person to walk away with a good memory and a good taste in their mouth—literally. He gives each client a Ring Pop.

“Every client that leaves happy with a smile on their face—you’ve touched that person for their life,” he says. “We want to leave positive imprints on people.”

In a few years, Wendy Kantor hopes to take her daughter to get her ears pierced by Blake Williams—because her daughter will freakin’ love him. 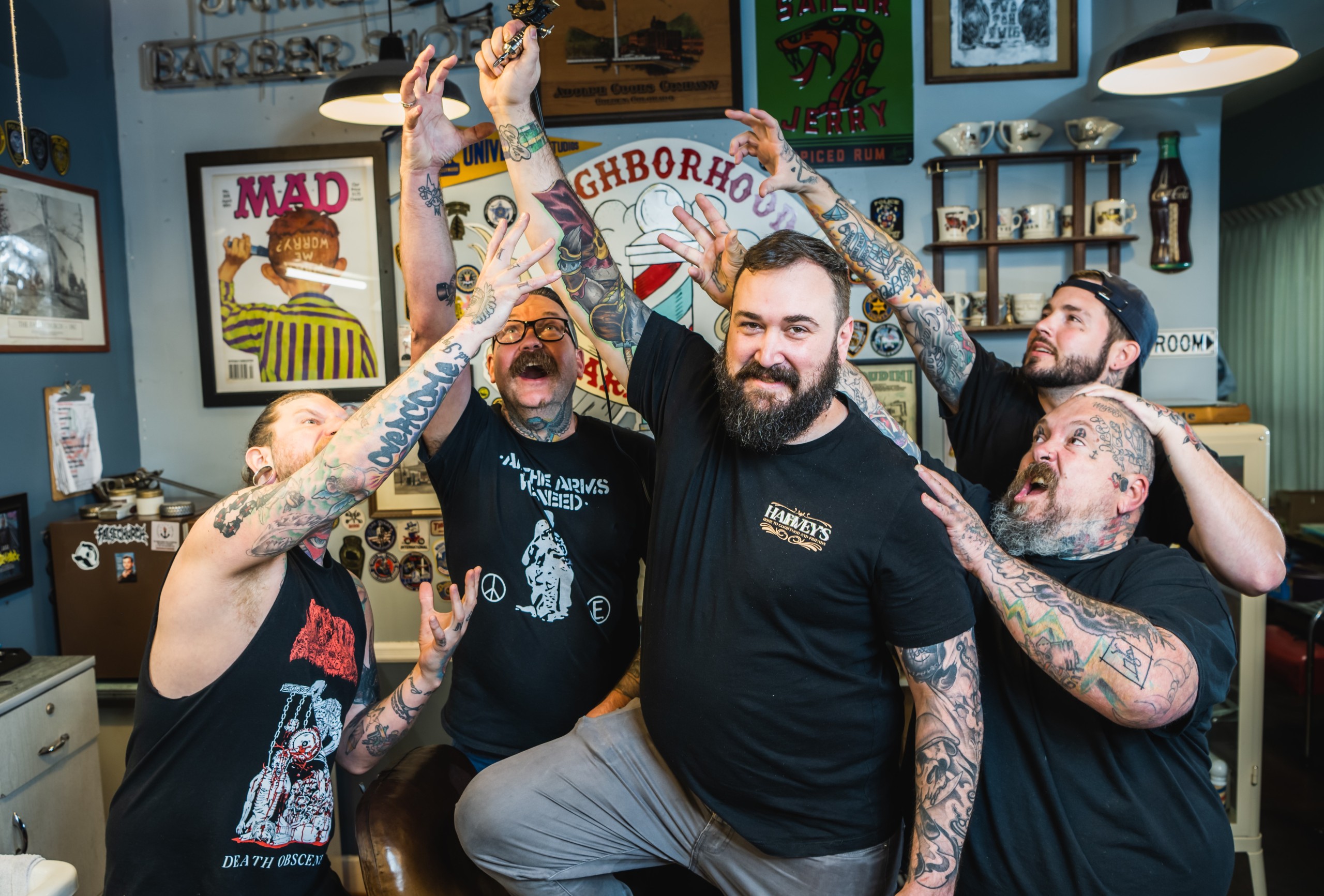 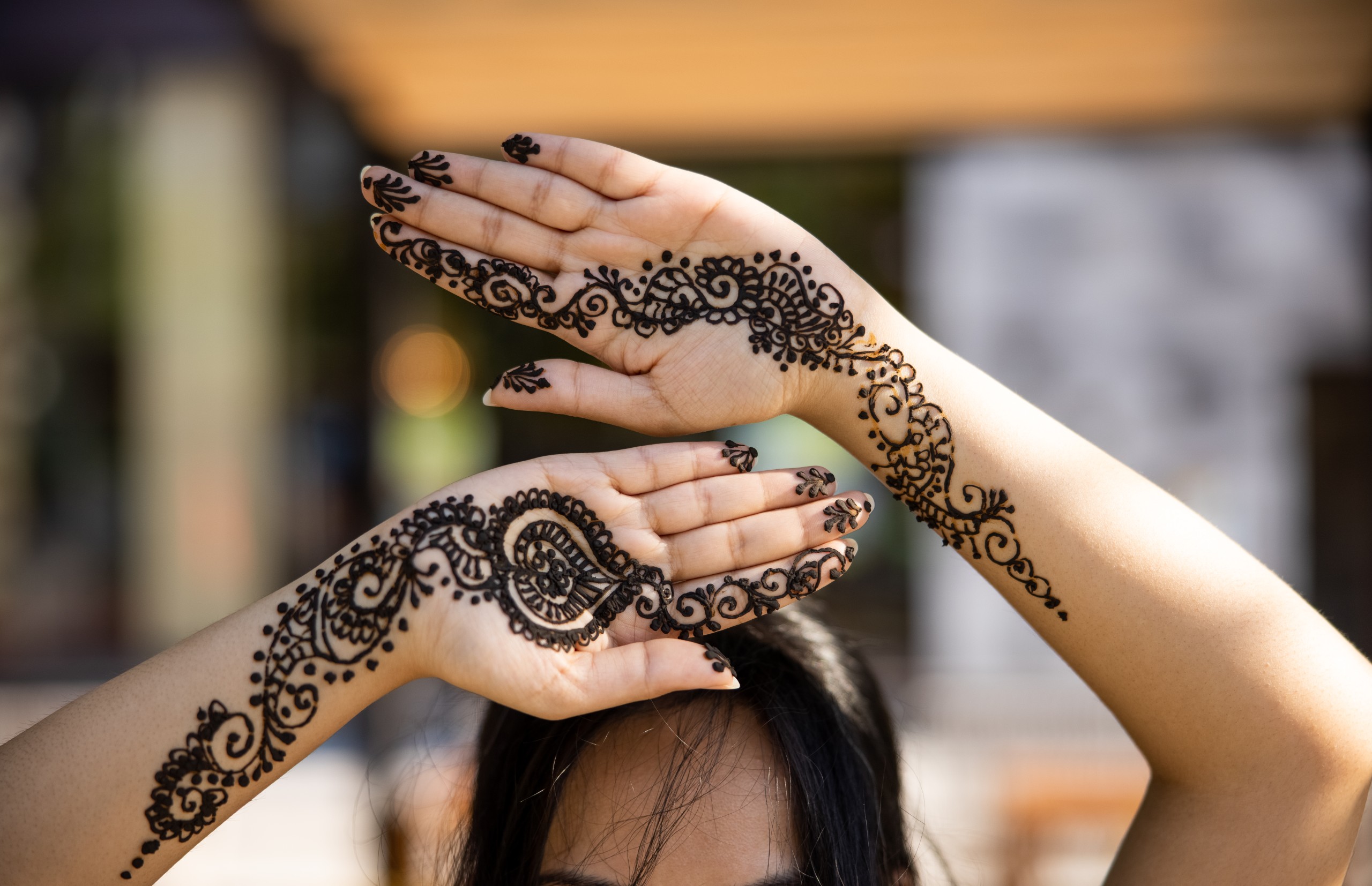 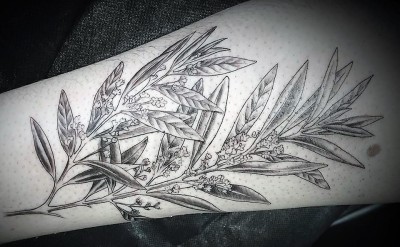