Charles Drew (top left) with his parents, Richard and Nora Drew; his brother Joe; and his sisters, Eva and Nora (partially obscured). (Photo courtesy of the Drew Family)

Located just a block off Arlington Boulevard, the clapboard house on First Street South is modest and unassuming, but the street name is fitting. Once the childhood home of pioneering blood researcher Charles Drew, the house has borne witness to many firsts.

Charles Richard Drew was born in the District of Columbia in 1904, where he went on to attend Dunbar High School. In 1920, tragedy struck his middle-class African American family when Drew’s sister Elsie died during a city-wide influenza epidemic. Believing it was the city’s toxic air that had killed her, Drew’s parents, Richard and Nora, moved their family to the country. In 1920, that was Arlington.

Though the county’s population was then a mere 16,000 (compared with more than 220,000 today), the neighborhood the Drews chose—the Butler-Holmes subdivision—already had a storied history. It had been founded around 1879 when community leaders William H. Butler and Henry Louis Holmes purchased 13 acres of land near Freedman’s Village, a settlement for emancipated slaves on what is now a portion of Arlington National Cemetery. After subdividing the parcel, with each taking a lot for his own family, Butler and Holmes sold their remaining lots to other black families who were looking to put down roots in Arlington. 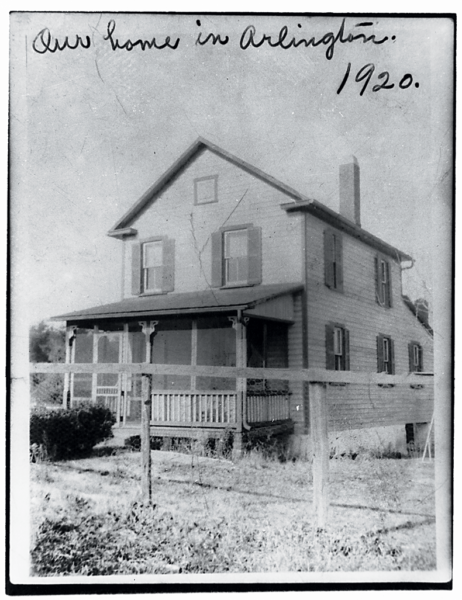 The Drew house in 1920. (Photo courtesy of the Drew family)

By the time the Drews purchased their two-story house with a cash deposit of $500 and a promise to pay off the remaining $1,600, mostly in $25 monthly installments, the Butler-Holmes subdivision was a well-established African American enclave in a segregated state. (Today it’s part of Arlington’s diverse Penrose neighborhood.) This is where Charles Drew lived while finishing high school in the District, and the place he  came home to visit in the years that followed as he earned degrees from Amherst College (which he attended on an athletic scholarship), McGill University and Columbia University. He went on to serve as a faculty member at Howard University School of Medicine, and as a surgeon at the affiliated Freedmen’s Hospital in D.C. 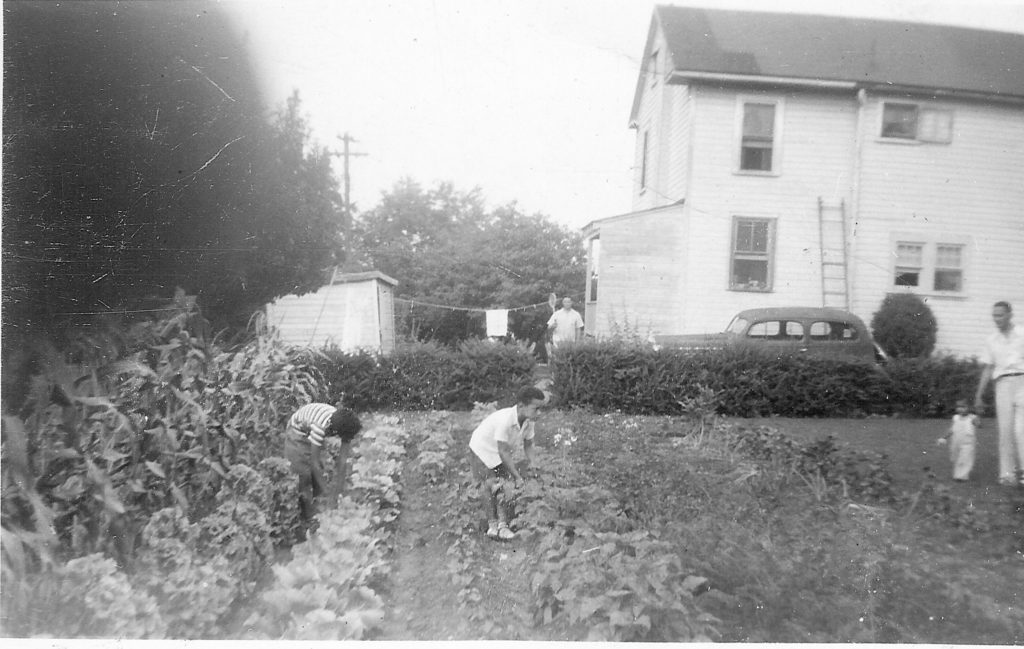 Drew family members with a friend in the vegetable garden on their property in the 1920s. (Photo courtesy of the Drew family)

“[He] was very close to his mother, as his letters from college indicated,” says Drew’s daughter, Charlene Drew Jarvis, a neuroscientist, educator and former D.C. Councilmember. “When his father died around 1936, he became…the head of the family and supported his mother and siblings in many ways.”

Drew’s accomplishments were legion. He was the first African American to serve as an examiner for the American Board of Surgery and the first to earn a medical doctorate from Columbia. The research and dissertation that earned him that degree (titled “Banked Blood”) led to a revolution in how blood is collected, stored and transported for medical use.

During World War II, Drew’s groundbreaking technique for processing and storing blood plasma would save thousands of British and American lives. As medical supervisor of the “Blood for Britain” project, he oversaw the collection of some 14,500 pints of plasma, according to some reports.

In 1941, Drew was appointed medical director of the American Red Cross, where he established the first modern blood bank and bloodmobiles, forever earning him the distinction “the father of the blood bank.” But the magnitude of his influence was tinged with irony: Drew himself could not give blood, due to rules set by the U.S. Armed Services that initially forbade African Americans from donating blood through the Red Cross. 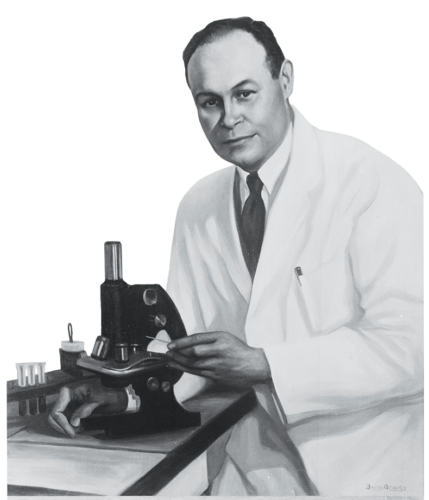 An oil portrait of the doctor by Betsy Graves Reyneau (now part of the National Portrait Gallery collection). (Photo by National Archives and Records Administration 559199)

Though protests soon forced a change that allowed them to donate, the Red Cross maintained a practice of segregating blood donations from whites and blacks. Outraged, Drew resigned from his post after only a few months, chastising the policy as scientifically baseless. “In the laboratory I have found that you and I share a common blood,” he exclaimed, “but will we ever share a common brotherhood?” Another nine years would pass before the Red Cross abandoned the policy. It was past midnight on April 1, 1950, when Drew and three Howard University colleagues embarked on an annual road trip to Tuskegee, Alabama, to help at a free clinic. For African Americans, a late-night drive in the segregated South was anything but comfortable. There were few safe places to stop for food or rest, and the threat of prejudicial violence was real. Reluctant to stop, Drew drove through the night. In the early morning, he fell asleep at the wheel and crashed.

He died hours later at a nearby hospital at the young age of 46, leaving behind his wife, Minnie, and four children. A long-standing myth holds that doctors at the hospital refused to treat Drew. Jarvis dispels that story as false, but she notes that racism did play a role in her father’s death: “The truth of the matter is that he would not have been driving all night if there were places for them along the Southern route to go to a hotel.”

Since then, Drew’s descendants have gone on to become school superintendents, physicians, community activists, marine biologists, local union leaders, firefighters, counselors, Air Force pilots and teachers. His nephew Frederick Gregory was a NASA astronaut and the first African American to command a space shuttle flight (the mission STS-33 on board the space shuttle Discovery).

Meanwhile, the century-old house on First Street has remained in the family, the site of births, first days of school, family reunions, funerals, graduations, holiday dinners and weddings. Listed on the National Register of Historic Places, it still retains its original metal roof, and flowers on trees that were planted as far back as 1935 blossom every spring.

The residence is now home to the famed doctor’s grandniece, Cathleen Drew, who serves as education director for the Drug Enforcement Administration (DEA) Museum in Crystal City. She tied the knot with her husband, Wayne Botts, on the home’s east lawn in 1992.

“[My great-uncle] was a homegrown hero to the people [in Arlington],” Cathleen says. “I love the idea that…my kids are fifth-generation Drews.” Journalist Matt Blitz has written for Washingtonian, Smithsonian Magazine, Food & Wine, Popular Mechanics and Atlas Obscura, and is head of the Atlas Obscura Society DC. He lives on Columbia Pike in the Penrose neighborhood with his soon-to-be wife, Caroline, and their cat, Reis.