Because there’s no such thing as too much fine cheese. 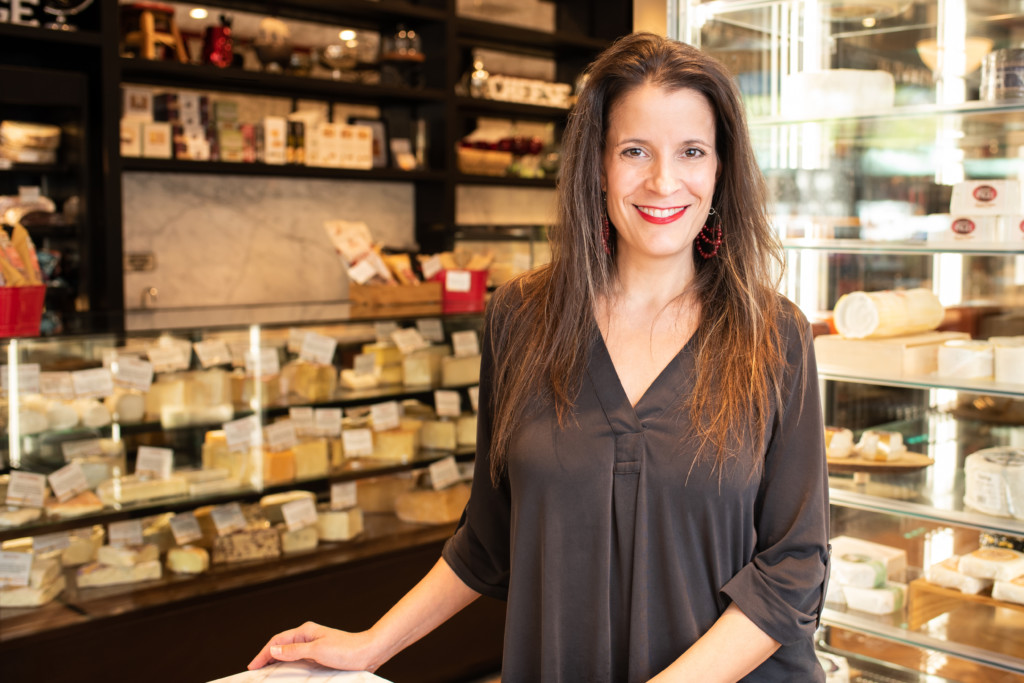 Arlington’s favorite “cheese lady” is, shall we say, an even bigger cheese, as of today.

Cheesetique founder Jill Erber on Nov. 7 opens the doors to a new, larger cheese emporium at 4024 Campbell Avenue, just a few doors down from her previous space in the Village at Shirlington.

The move, which makes way for an incoming CVS, is an upgrade for the cheese-focused boutique and wine bar, which, in the process of relocating, is upsizing from 2,100 square feet to about 3,000 square feet.

Making the most of its fresh digs, the new Cheesetique includes a larger retail floor and more bistro seating, plus two private rooms that can be used for wine and cheese classes, tasting dinners and private events. “Our other space was so tiny that we didn’t have the opportunity to host events without closing the entire place down,” Erber says. “We’re excited to be able to focus more on education. Cheese is experiential, and the best shops and restaurants are experiential, too.  This space takes that idea to a new level.” 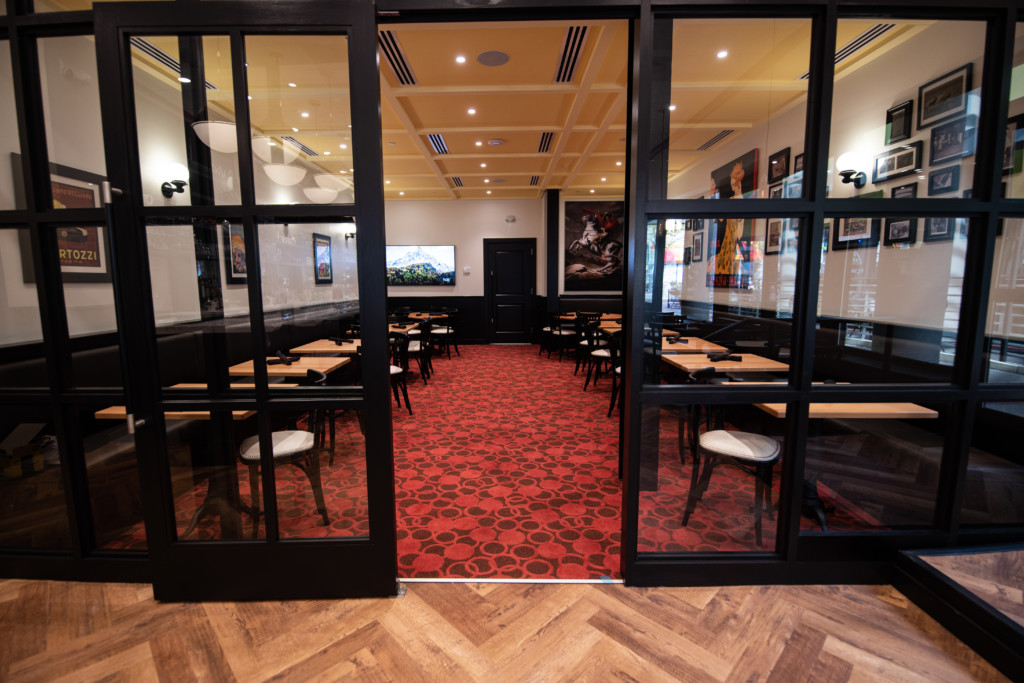 The larger of the two private dining rooms—a solarium-like space defined by plated glass walls—can comfortably seat 40 (or a much larger standing crowd). “It reminds me of a greenhouse,” says the owner, whose homegrown operation, which also includes locations in Del Ray and the Mosaic District, celebrated its 15th year in business in September.

Designed by the D.C. architecture firm //3877 and evoking the Old World character of a European cheese shop, the new storefront features herringbone-patterned wood floors, Carrara marble countertops, custom millwork, pressed-tin-style ceilings and canopied booths. (Other properties in the //3877 portfolio include Succotash and The Smith in Penn Quarter, and Momofuki in City Center DC.)

An 8-foot steel-and-glass display case—aficionados might call it a shrine—stands front-and-center near the entrance, showcasing some of the shop’s finest fromage. 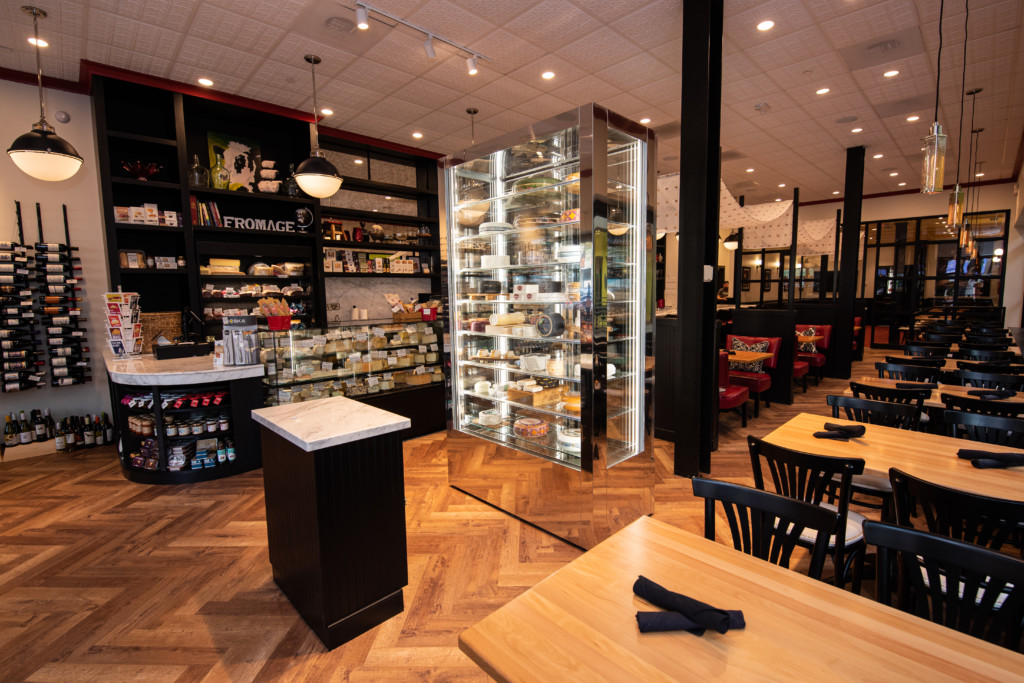 There are some playful touches, too, such as chic pendant lights resembling cheese graters, and a large painting by digital artist René Milot, “Napoleon on Cow,” which reimagines the infamous French emperor charging into battle on the back of a dairy cow.

Come spring, oversize operable windows on two sides of the restaurant will open up in nice weather to “create an al fresco feeling with a street vibe,” Erber says. And an expanded patio will provide outdoor seating for another 20, welcoming diners with pooches in tow. 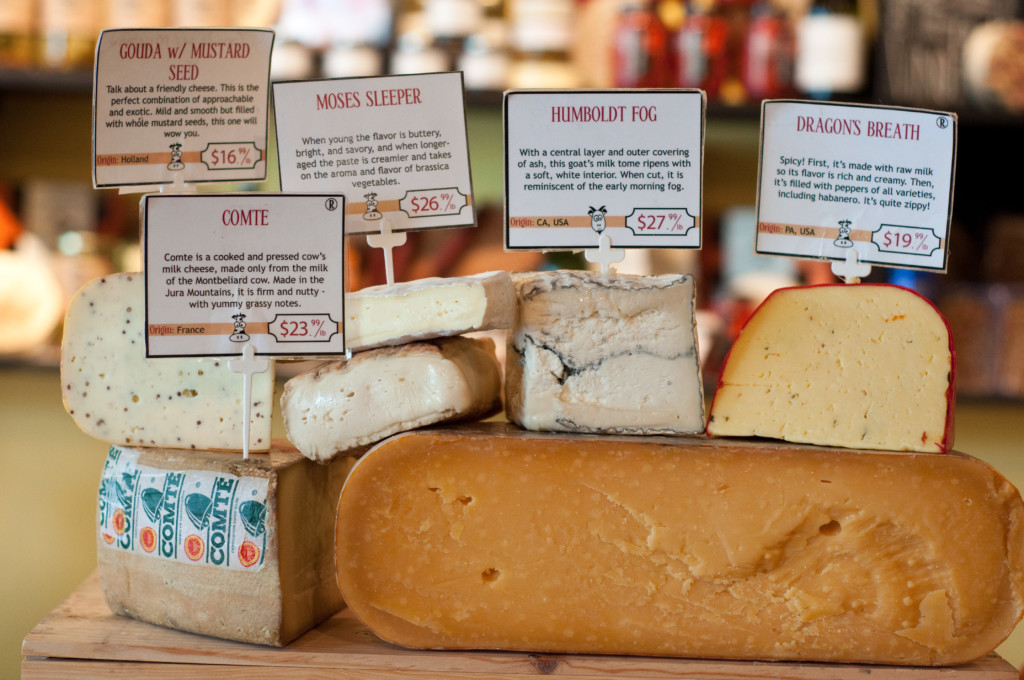 A selection of artisan cheeses

With the move to bigger quarters, Erber says the shop is expanding its selection of wines and gourmet dry goods. It will continue to carry hard-to-find cheese and charcuterie selections from both local and global purveyors—products ranging from Stinking Bishop, a washed-rind cheese from Gloucestershire, England, to heritage Mangalica ham (similar to prosciutto) from Hungary. 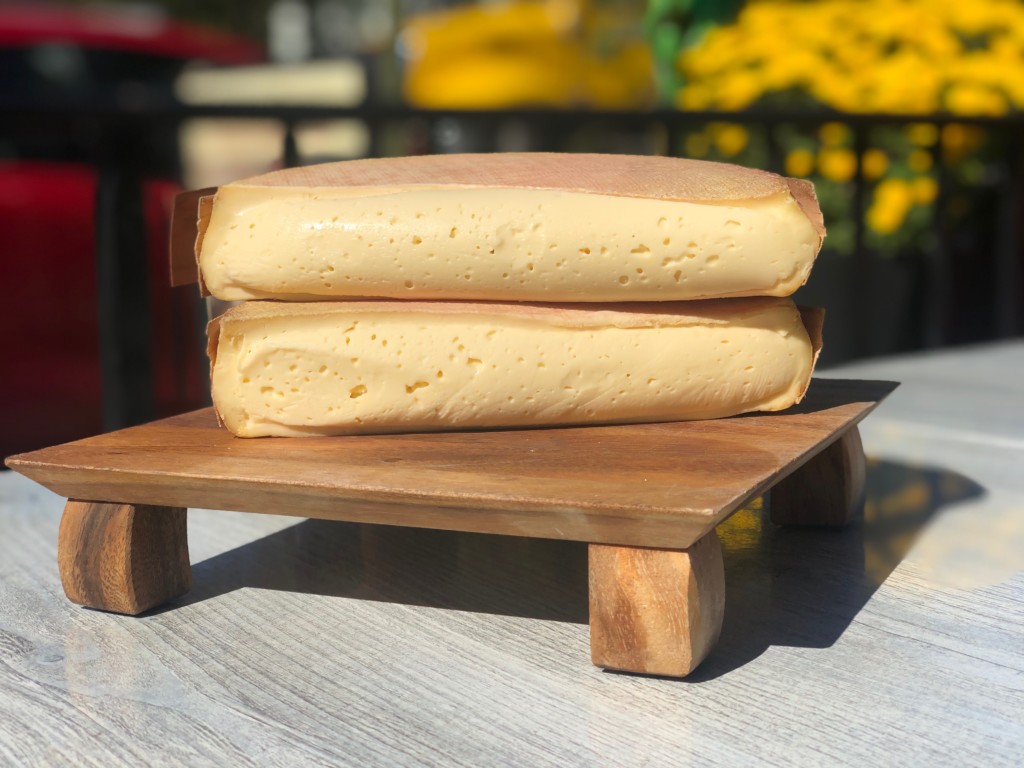 That, and other fan favorites are here to stay, Erber says. “People are serious about their mac-and-cheese. Remove that and we’d have a mac mutiny on our hands.”