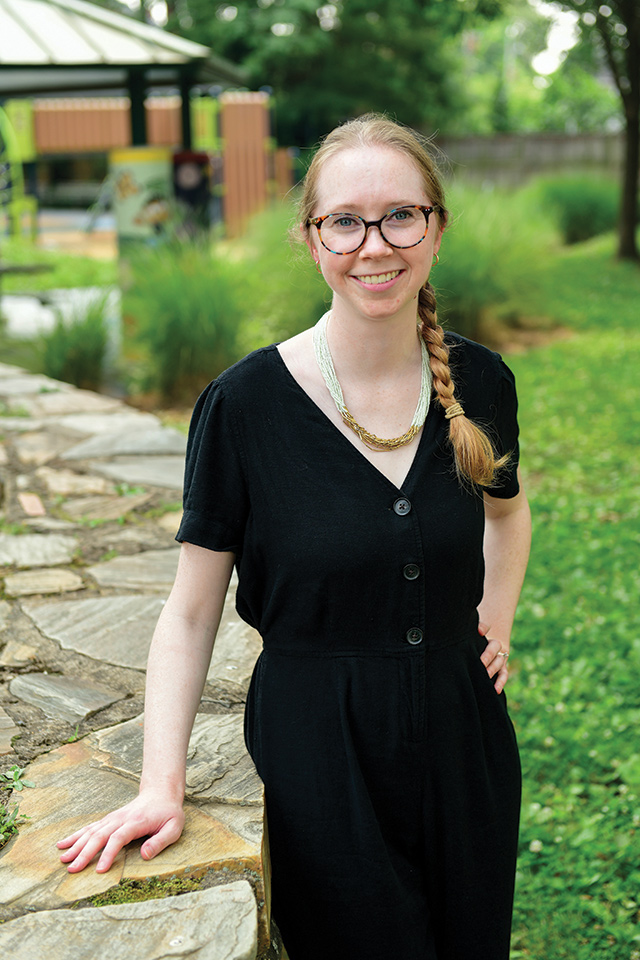 When Merrit Gillard moved with her family from Washington, D.C., to Arlington in 2018, she and her husband did what so many parents do. Researching the county’s bountiful public school options, they liked the idea of a Spanish-language immersion experience and entered their rising kindergartner in the lottery for Claremont Immersion, one of Arlington’s designated “choice” schools. To their delight, their daughter got in.

Then the pandemic hit in the middle of first grade and schools switched to distance learning. The realization that they weren’t going to be able to support Spanish-language instruction in their monolingual home prompted some broader soul-searching. “I thought to myself, Why are we making the choice to send her to this immersion school outside of our neighborhood?” Gillard says. “Are we doing this because it’s the best place for our child, or because we feel like jockeying to get your kid into the right school is what a ‘good parent’ does?”

They decided to opt out of Claremont and send their daughter to her neighborhood school, Drew Elementary, instead.

Claremont isn’t among Arlington’s top-ranked elementary schools, and neither is Drew (Niche.com ranks Clare­mont 16th and Drew 18th out of 24 schools), but Gillard says her family has learned not to put too much stock in third-party rankings that hinge on metrics like standardized test scores. A few years ago, they entered the D.C. preschool lottery in hopes of enrolling their older daughter in one of the city’s more prestigious preschools, only to have her end up at a school that was not highly regarded—at least not on paper.

“The test scores were very low, and at the time it was 75% Black students and 15% white students,” says Gillard, whose daughter was part of that 15% minority. “She ended up having a fantastic experience. She made great friends, had great teachers and found a very supportive community. That experience really shifted my thinking about what makes for a good school.”

Despite that positive experience in D.C., Gillard admits to succumbing to the scarcity mentality upon arrival in Arlington. “I still felt like I needed to enter this lottery—like I needed to secure every opportunity for my daughter,” she says. “Everyone wants the best for their child—to be safe, happy and successful. To learn and thrive.

“But as a parent, part of my job is also to look critically at my relationship to schools and ask what I really want for my kids,” she says. “Do I want them to be in this white, affluent bubble? Do I want to commodify diversity—to send them to a school that has just enough of the different [racial and ethnic] groups to be acceptable? Or do I want to step back from the assumptions white parents make when judging what’s a good school or a bad school?

“The truth is that I want to live in a multiracial society,” she says. “I don’t think that’s possible without raising my kids in multiracial schools and in a community where everyone is given equal value.”

Adrienne Wichard-Edds is a white mom of two white boys who have attended four different public schools in Arlington. She is co-founder of The Essay Coaches (theessaycoaches.com), which she and her business partner, Ami Foster, established to offer college guidance and essay coaching to as many high school students as possible, regardless of income level. She is also a volunteer mentor in AHC’s College and Career Readiness program.