Find out what all the fuss is about in Tysons. 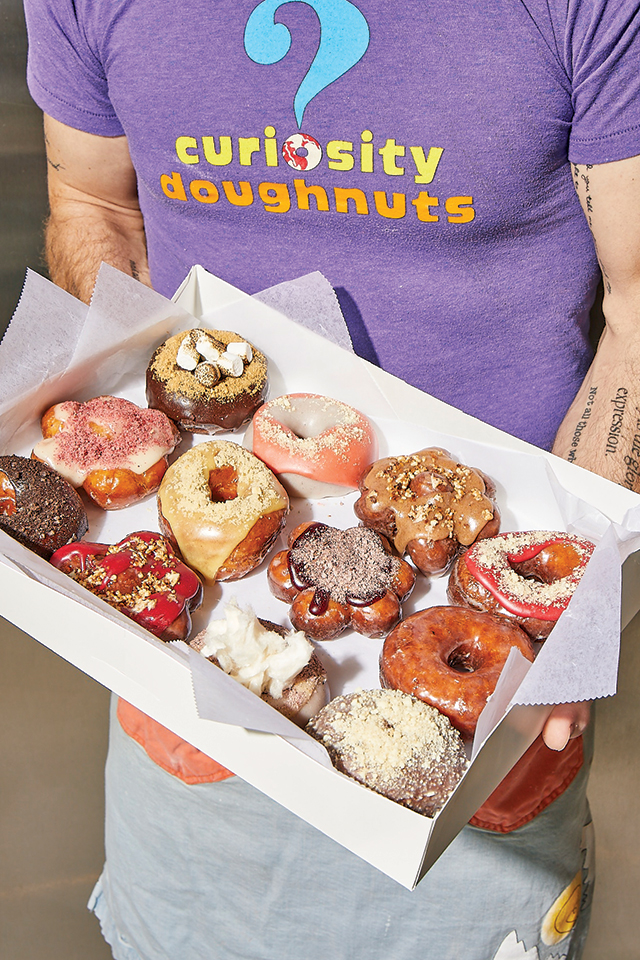 Doughnut devotees let out a collective cheer when Alex Talbot and his wife, Aki Kamozawa, tweeted they’d be opening an outlet of their Pennsylvania-based Curiosity Doughnuts in the new Tysons Corner Whole Foods at the end of October.

The couple, both chefs, married in 2000, and in 2005 created a blog called Ideas in Food, which they turned into a teaching and consulting company for chefs who wanted to learn about molecular gastronomy. They’ve written three cookbooks: Ideas in Food (2010); Maximum Flavor (2013); and Gluten-Free Flour Power (2015).

While writing the first two books, the pair became intrigued by doughnuts, developing sourdough and no-knead brioche versions. They opened a stall in a farmers market in Stockton, New Jersey, in 2015, and subsequently were catapulted to doughnut fame by a write-up in Food & Wine magazine. Now Curiosity is in three Whole Foods Markets on the East Coast, thanks to an introduction to the food retailer by D.C. chef Erik Bruner-Yang, whose Paper Horse ramen shops are similarly tucked into several area Whole Foods Markets. The Tysons outpost features 11 kinds of doughnuts ($3 each or $36 for a baker’s dozen), with options such as vanilla or chocolate yeast; an applecider cake doughnut; a Pennsylvania Dutch potato doughnut; sourdough; and a coffee-cake-like melt-away doughnut. Glazes (such as vanillabuttermilk, lemon or strawberry) and crumb toppings (picture shortbread or cookies-and-cream) are finishing touches. Other Curiosity offerings include a fried chicken sandwich ($9) and hot chocolate ($3), either traditional or white-chocolate caramel.