John and Michele Vernon's home in Ashton Heights is green built and designed for aging in place. 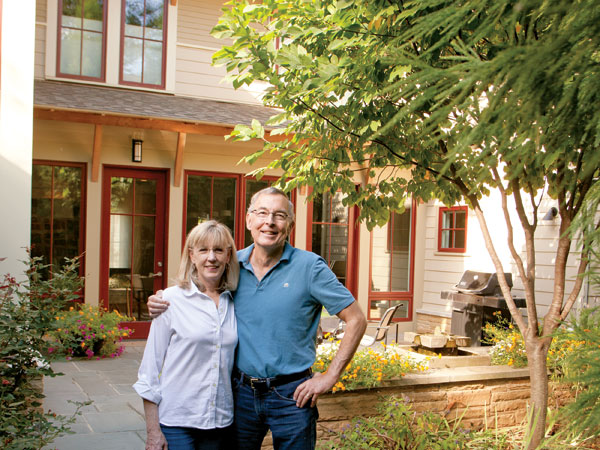 Michele and John Vernon in the side courtyard of their Arlington home. Photo by Jordan Silverman

John and Michele Vernon spent 25 years raising their two kids in the Marlborough subdivision that straddles McLean and Falls Church. But once they became empty nesters, they wanted a house in a more walkable neighborhood where they could live comfortably as they got older. “We were in an area where there is no there there,” says Michele, who works as an interior designer for VOA Associates, an architecture firm based in Washington, D.C.

The couple’s search for new digs lasted more than two years as they planned for a future in which they could live on one level and, if necessary, avoid stairs. “I knew I wanted 2,000 square feet on the first floor,” says Michele, who had calculated the magic number needed to get all of their core living functions on one level.

Eventually the Vernons bought a piece of property in the Ashton Heights section of Arlington and hired local architect David Ricks to turn their ideas into blueprints. “John wanted to manage the costs and budget, while Michele wanted a contemporary home that didn’t stick out in the neighborhood,” says the principal of Arlington-based DW Ricks Architects + Associates.

The existing house was a 1960s brick split-level on a trapezoidal lot (the parcel is wider in front than in back). Hoping to tear down and rebuild as sustainably as possible, the Vernons investigated the option of dismantling the old house and donating the salvaged materials to charity for a tax credit. The numbers didn’t add up to make the tax benefits worthwhile, but Centreville-based Coyle Construction nevertheless deconstructed the home carefully and reused as many of its parts as possible. 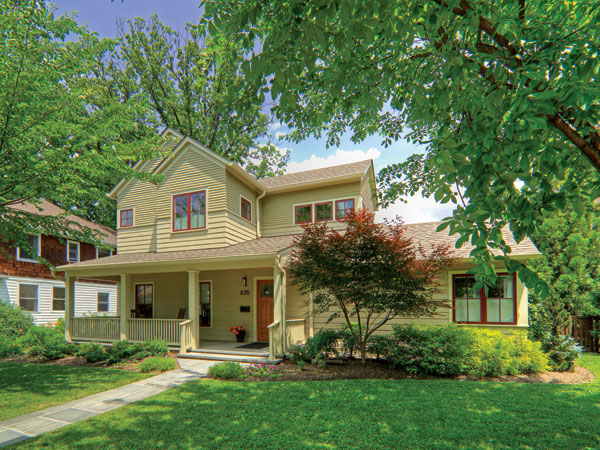 “We didn’t even have a dumpster on the site,” says builder Richard Coyle, “mostly because I just wanted to see if we could do it. We reused every piece of lumber we could—a lot of it for [framing the new house].”

Materials that couldn’t be repurposed on site found other creative uses. The original home’s roof trusses went to an auto-repair shop that was under renovation, and its plaster walls were burned as fuel in the county incinerator.

The new house, meanwhile, was built in accordance with Arlington’s Green Home Choice program, a voluntary certification program that offers incentives for sustainable building with an accelerated architectural plan review. Among the energy-efficient features: double-paned windows, blown-in foam insulation, a closed-loop geothermal heating and cooling system, and an exterior shell so tight against drafts that the builder had to add an energy-recovery ventilation unit to balance the home’s humidity level.

The walkability of the neighborhood is also an eco-boost. “From here we can walk to Clarendon or Ballston,” Michele says. Cars optional. 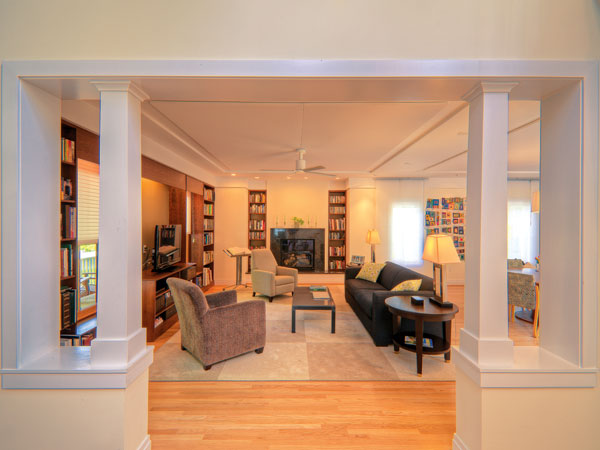 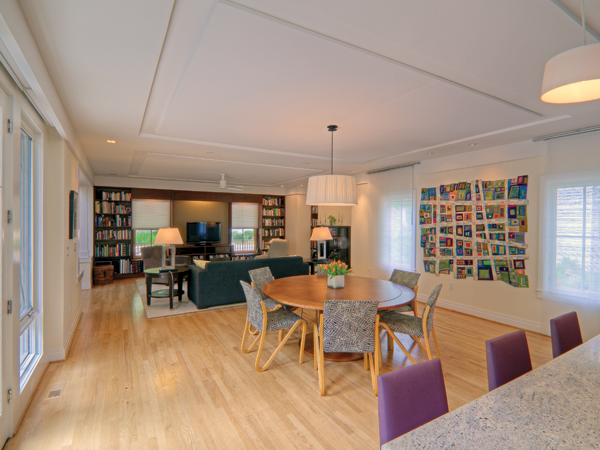 Respecting the scale and character of the close-knit neighborhood was a priority. To make the new residence look like it had always been there, Ricks designed a house that occupies roughly the same footprint as the old one, with a classic, cross-gabled roof structure, Craftsman-style detailing and a generous front porch. 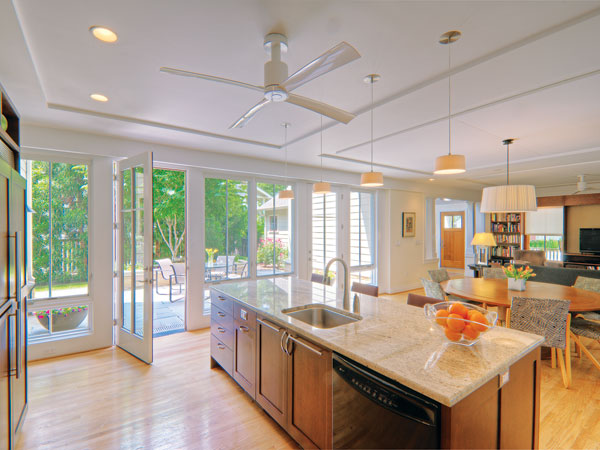 The kitchen features custom cherry cabinets and Kashmir granite countertops. The island provides plenty of clearance for multiple cooks and serves as a transitional element between the kitchen and dining areas.

The Vernons, who are both 64, did not downsize—at 4,000 square feet, their new house is 500 square feet bigger than their previous one—but Michele says the layout is a better fit for their present and future needs.  Having the master bedroom on the main floor has already made getting around easier. (John, a retired hospitality-industry manager, is recovering from a stroke.) The upstairs bedrooms are reserved for visiting guests and grandkids. 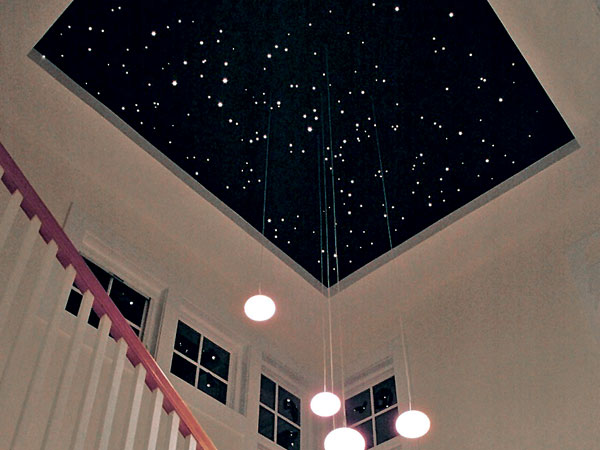 The starry ceiling (John’s idea) came as a kit that was simple for Coyle Construction to install. At night, it creates the illusion that the roof has disappeared to reveal the night sky.

At the same time, the home has a youthful spirit with some fun features—like the wall of built-in shelving in John’s first-floor office that hides a secret staircase leading to a basement den lined with movie posters and a big-screen TV. “I don’t know why, but I’ve always wanted a house with a secret passage,” John says.

And then there’s the recessed, double-height ceiling above the stairs to the second floor. It’s painted black and outfitted with fiber-optic lights to re-create the night sky. There is no age limit on whimsy.

Scott Sowers is a freelance writer and independent TV and film producer based in Washington, D.C.