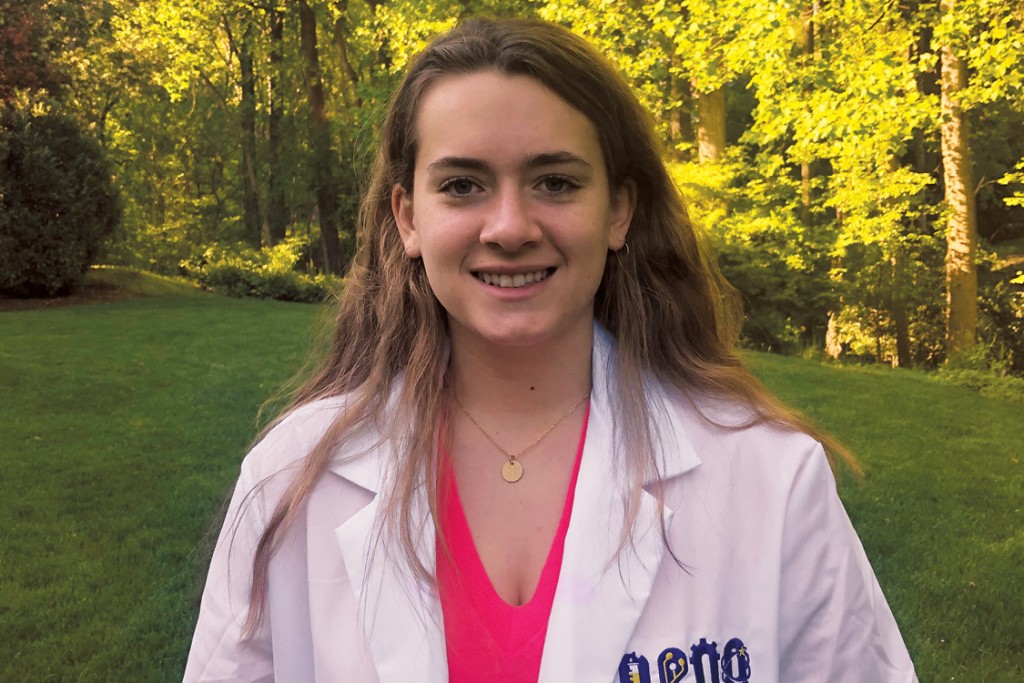 Natalie Martin visited a battery lab at MIT during her sophomore year of high school, and something clicked.

“I just fell in love with it,” says the McLean teen, now 18, who finished high school with straight A’s. “There’s so much room for improvement well beyond the current technologies we have today.”

That exposure prompted Martin to develop multiple research proposals that landed her an opportunity in the U.S. Army Research Laboratory last summer. She would also attend several prestigious scientific gatherings, including the International Battery Association Conference in San Diego, where she got to meet 2019 Nobel Prize winner Stan Whittingham, developer of a major component of the lithium-ion battery.

“Searching for answers on the surface is not Natalie’s way,” says Doug McLane, head of Upper School at The Potomac School. “She digs deep until she has exhausted every bit of data, every plausible answer to a question.”
Martin dug even deeper with an independent research project as part of her school’s Science and Engineering Research Center (SERC) program. She says that while most battery research aims to optimize sales, she wanted to change the way scientists think about batteries. “I didn’t want to commercialize anything,” she says. “I wanted to push the knowledge of how we can make safer systems.”

This spring, she took third place in the regional Junior Science and Humanities Symposium, a tri-service STEM competition sponsored by the U.S. Army, Navy and Air Force.

At the same time, her interests extend beyond power sources. During her years at The Potomac School, Martin played varsity soccer, basketball and lacrosse, headed the student paper, tutored in the school’s Math and Science Collaboration Center, participated in Model Congress and volunteered with Special Olympics, Habitat for Humanity and Women Giving Back.

But she does plan to make battery research her life’s work after studying chemistry at Harvard. She loves collaborative problem-solving—it’s one of the things she missed most when schools closed due to the pandemic.

“I’m hoping to run a lab that invites as many different types of scientists as possible to really rethink the way scientists approach the problems in our world,” Martin says.