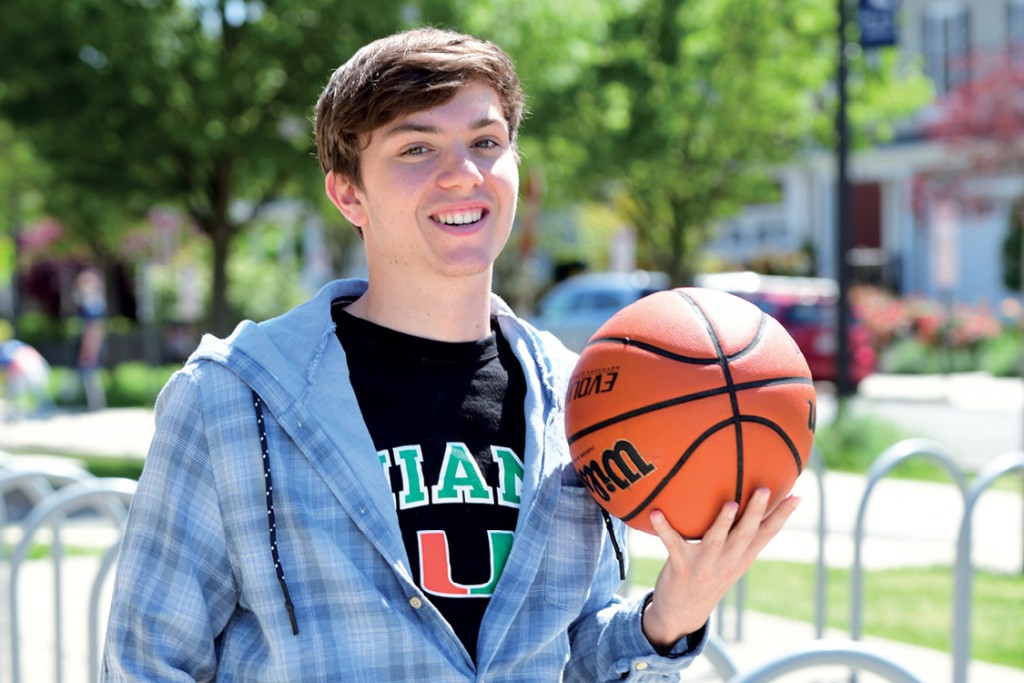 Combine tenacity, problem-solving and heart, and you get Max Gieseman.

During a family trip to Belize in 2017—inland, beyond the pristine beaches—the Arlington teen noticed crumbling infrastructure and unpaved roads between villages. He returned the following two summers with a church group to help build schools and provide summer camps for rural youth.

As a sophomore, after spending his first varsity basketball season on the bench, he doubled down with a trainer, put soccer (his other sport) temporarily on hold to play AAU hoops in the off-season and practiced every day. “I wanted to be a starter,” he says.

He finished out his senior year as W-L’s leading point scorer and rebounder (and captain for two years straight), leading the team to state playoffs for the first time in 53 years and scoring 70 points in four regional playoff games. He was named first team all-district for two years, all-region in 2020, and the Sun Gazette “Player of the Year” for 2019/2020. The Better Sports Club of Arlington named him 2020 High School Boys Basketall “Sportsman of the Year.”

In late 2017, not long after that trip to Belize, Gieseman’s dad, Ben, was diagnosed with Stage IV melanoma in his brain, liver and lungs. Gieseman took the helm of W-L’s annual Hoops for Cancer basketball tournament fundraiser, doubled participation and increased the proceeds (benefiting the V Foundation for Cancer Research) by 75%.

He credits his parents, Ben and Beth, as his mentors, his greatest champions. “They’ve always motivated me to be the best I can be, to broaden my mind, to have a strong work ethic, to show interest in a lot of different things,” says the 18-year-old. “After his diagnosis, my dad made me promise not to dwell, and to stay focused on the other important aspects of my life. Every journey has adversity. It makes you stronger.”

Ben died in April. Gieseman graduated with a 4.4 GPA and this fall will head to the University of Miami, where he plans to study finance. He’s determined to find ways to fund more infrastructure projects in Central America. “Without support, it’s hard to overcome hardship,” he says.

He was awarded the college’s Isaac Bashevis Singer scholarship, a full-ride academic prize named for the Nobel Prize-winning author.

Over the summer he plans to read The Hunchback of Notre Dame, his dad’s favorite novel.

Looking back on his father’s final days, he says the quarantine was a gift. “My older sister was home from college, my younger sister and I were out of school, and we spent every day together as a family,” Gieseman says. “We got to spend quality time with my dad until we couldn’t anymore. It was a blessing in disguise.”