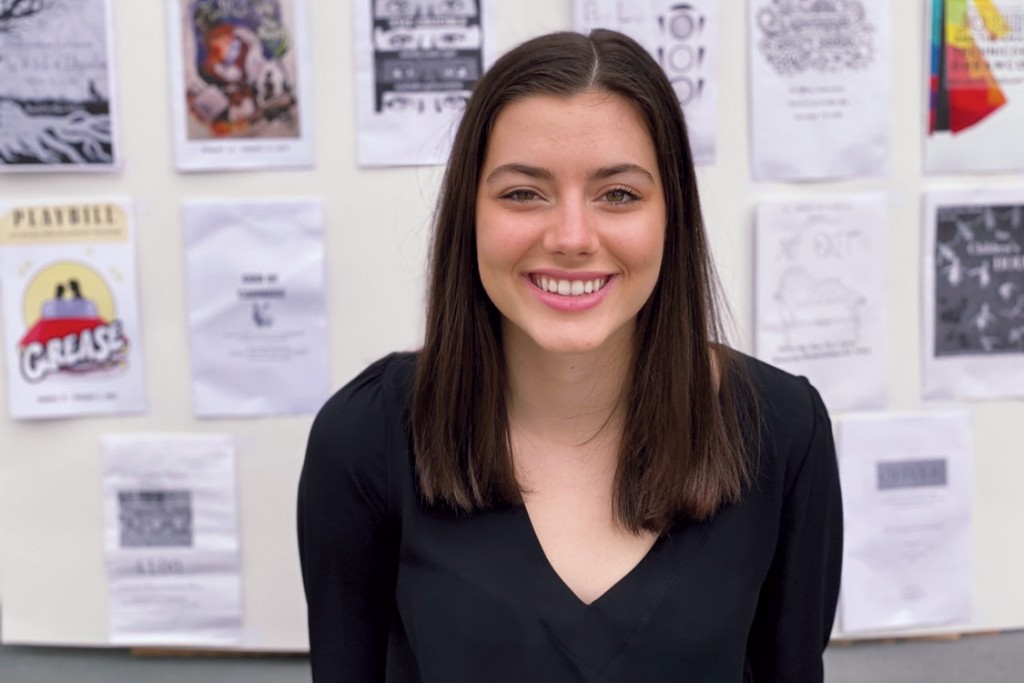 As an accomplished actor, director and award-winning playwright, Caroline Alpi is a triple threat. Her work strikes a chord with many—perhaps because her fearlessness often leads her to explore difficult and uncomfortable topics.

In 2017, the Arlington teen traveled to Myanmar to interview people about democracy for a journalism program.

During her junior year at H-B Woodlawn, Alpi won second place in a regional playwriting competition for her play Behind the Bookshelf, which portrayed two students hiding during a school shooting; it was subsequently performed by professional actors in a New York festival.

Playing the male character Reuben in her school’s production of Joseph and the Amazing Technicolor Dreamcoat prompted her to research gender equality and female representation in the musical theater industry for a semester.

Even her Girl Scout Gold Award project, which she dubbed Pink Ribbon Playwrights, involved meeting with breast cancer survivors and high schoolers for eight weeks to work through their stories with readings, games and written reflections.

“At the end of the program, we performed for a live audience a collection of pieces written by the group,” recalls Alpi, 18, who plans to attend Columbia University this fall. “That was just a really amazing experience for me to be a leader in something I was really passionate about, to learn from people I don’t interact with every day, and hear and learn from their experiences.”

Like most of this year’s seniors, she is disappointed about all the events that were canceled due to Covid-19. Will she write about it?