Art in the Time of Covid

Images created in isolation for the Falls Church Arts exhibit 'A Year Apart' offer a powerful testament to life during a pandemic. 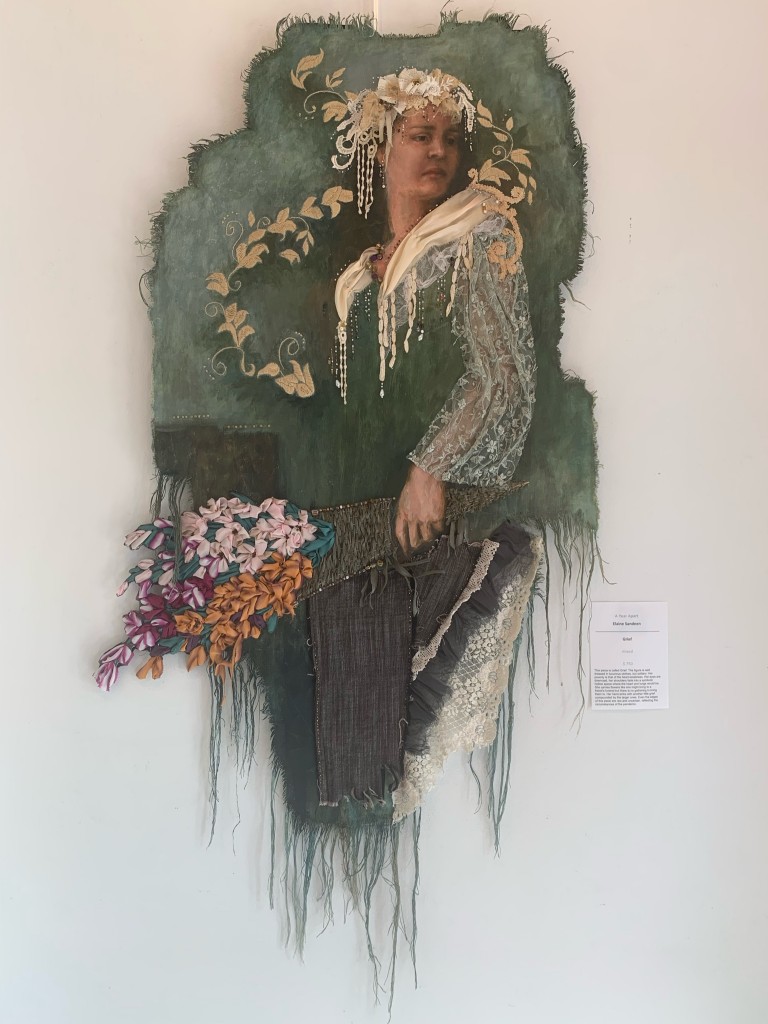 Falls Church Arts was poised to unveil a new exhibit, A Woman’s Journey, in March of 2020 when its opening night was spoiled by the statewide stay-at-home mandate. Sixteen months later, the nonprofit gallery staged what felt like a fitting comeback show—works created by 34 local artists during their year of isolation.

Debuting in July, A Year Apart captured the breadth of emotions brought on by pandemic life, and, in some instances, revealed how artists used art making as a coping mechanism. Upon entering the gallery on West Broad Street in Falls Church, visitors were confronted with “Grief,” a large oil-on-linen work by Elaine Sandeen, incorporating embroidery and beading, of a somber woman holding a bouquet of flowers. “Even the edges of this piece are raw and uncertain, reflecting the circumstances of the pandemic” read Sandeen’s artist statement.

A washy, figurative painting by Ian Graig, depicting police officers in masks during the Spanish flu outbreak of 1918, was overlaid with the phrase, “U.S. deaths near 1,000, an incalculable loss.” 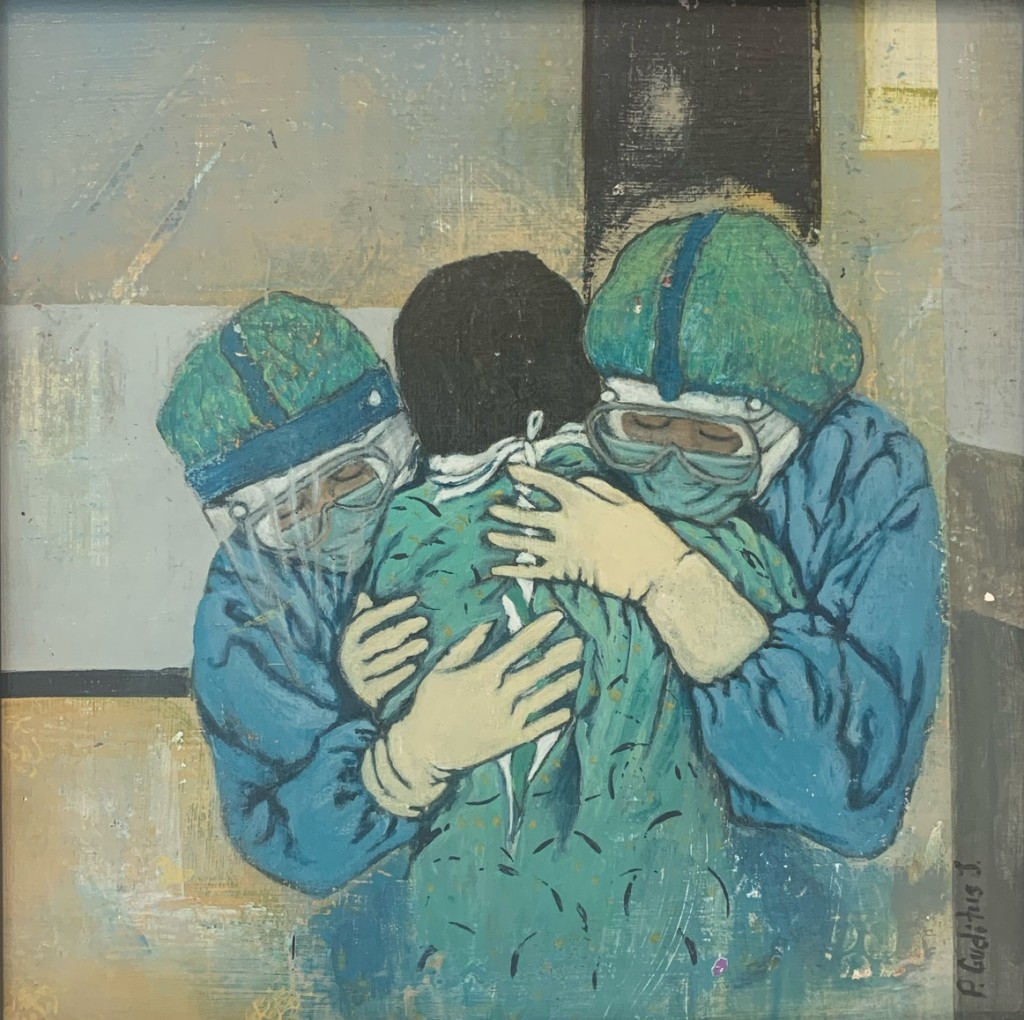 A moving portrait of health care workers by @pgl_art

Jinny Isserow’s mixed-media “Lean on Me” captured the raw emotion of the Black Lives Matter protests that erupted in the wake of George Floyd’s death.

“It [was] a really beautiful show,” exhibitions coordinator Pamela Huffman says. And for many, very relatable.